I have a Raspberry Pi 2 B running a just-downloaded OSMC. I’m trying to use the analogue stereo output jack to play the audio through speakers. I’ve already tested the cable and speakers using a phone and they’re fine. In the settings I have the option of HDMI, Analogue, or both for audio output. If I select either of the last two I get a screeching noise through the speakers, barely recognisable as the audio track being played.

I assume the device is configured with the wrong encoding settings or something.

After googling I found a suggestion to install pulseaudio and alsa-utils. Using alsamixer I have a single audio device and just one volume control - this is set to 100%. After installing Pulse Audio the three audio output options are prefixed “PI” but otherwise behave the same. There’s also the option to use the pulseaudio server for output but that doesn’t produce anything. So I assume PI Analogue is the correct option after all, I just have to configure my device properly.

May all is correct the PI used an PWM to create the analog output not a DAC, all works fine but you hear the high frequencies createt from the PWM

I don’t understand, are you saying I somehow have to switch it from PWM to PAM?

No, there is no way.

The PI didn’t use a DAC to create the audio output look: 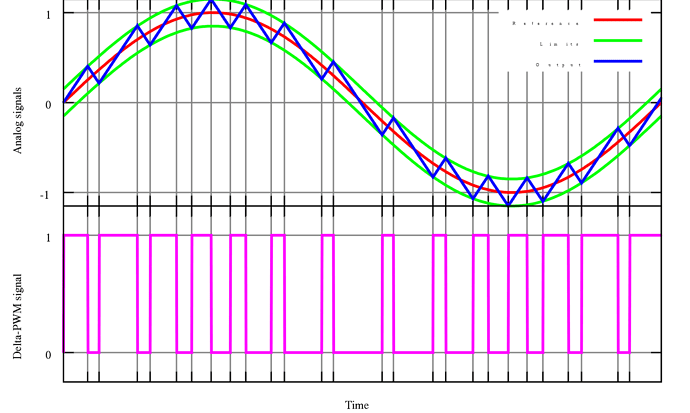 More to read there RPi audiotest or analysed there

I would strongly suggest you uninstall (and purge) pulse audio as this will make your situation worse.

After that make sure your Kodi master volume is turned right up by pressing + repeatedly.

Analogue output quality of the Pi is fairly low especially if you don’t have the software volume level turned up.

It’s ok for earphones but I would certainly not use it to drive a decent hi-fi system.

Some more internal from the R-Pi Forum

Ah yeah, you’re right, it was just that the sound was turned down too low. I had it on about 20% and was scared to turn it up any further in case the screeching damaged my test speakers (which have no volume control). But in fact it seems that turning the volume up actually reduces the noise! Also, 80% is much much quieter than 100%, not what I would have expected.

In fact this is fine for me, since I’ll now move it over to the main amplifier and I can happily have it on 100%.

Distortion on the Analog output is also likely to occure from a Noisy Power supply.

If the Power supply cord hass no Ferrit Core try to attach one, could help some.
but the best solution would be to find a noiseless Power supply ( dont ask me which i dunno )

Probably not much more expensive than a ferrite core and really it’s the sane solution if you want anything more than an occasional beep.