Can I run a linux program in OSMC?

Long story short: I’ve been using this program as an addon in LibreELEC for many year, and I really want it to work for me with my new setup that is a unRAID server and a Vero 4K. 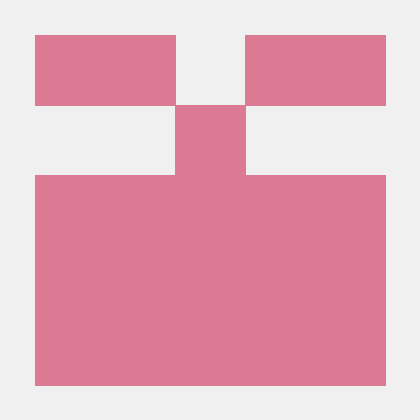 RSS downloader for Transmission. Contribute to 1100101/Automatic development by creating an account on GitHub.

Is there some way that I can make this program run on the Vero 4K?

Looks like it should work. I’d suggest that you contact the developer if you have problems getting it running.

Well, I think that the developer kind of stopped updating it. Also, I’m kind of a noob about programming, and would not be able doing anything myself, besides maybe setting up a VM and compile it if I got a great guide.

No need for a VM, you just build it directly on the Vero. Usually something like this:

You’ll have to figure out any dependencies as the developer didn’t seem to include any build instructions.

as the developer didn’t seem to include any build instructions

I beg to differ: There’s a file ‘INSTALL’ in the repo that lists dependencies (libcurl and libxml2) and describes the build process.

Automatic makes use of the libcurl and libxml2 libraries, so make sure those are installed.

then configure the tool by typing

This should work on most systems and prepare the package for compilation. You may check out further
options by typing ./configure --help

After configure is done, you compile via

If everything went well, install Automatic by typing

Start Automatic with the command ‘automatic’. You may specify a different location for the configuration file
(the default one sits at /etc/automatic.conf)

This is from the INSTALL.

I didn’t look that close, I just checked out the readme.

So is this enough instructions for you or do you need help?

Thats the only thing I’d change in those instructions, incase it wants to write to system folders.

I will try to do this.

Where will this program “be” later? And how to I set it up to always start during a reboot?

Copy over the folder (or zip) with the code to somewhere on the OSMC. Where is the best place to put it?

I’d put it directly under /home/osmc, but it’s completely up to you.

Where will this program “be” later? And how to I set it up to always start during a reboot?

Both depend on choices by the author (or you). Usually, programs compiled in that way go to /usr/local. The program might already include some autostart mechanism that gets installed by “sudo make install”. Otherwise, you’ll have to write your own.

If you post the output of the “configure” and “make install” commands, we might be able to figure out what happened.

Hmm, I’ve now transfers the unpacked folder to the /home/osmc folder, in a folder called Automatic-0.8.3

I don’t understand what this is about… 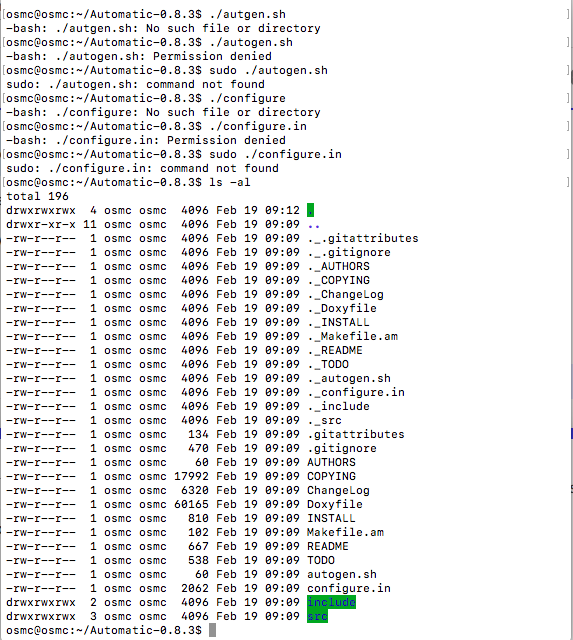 This is from the autogen.sh file.

The INSTALL file on that github site you provided has all dependencies listed.

As I said, pretty much a noob in all this. What does that mean? =) That I need to install stuff?

Automatic makes use of the libcurl and libxml2 libraries, so make sure those are installed.
You’ll also need automake to run autogen.sh - on Debian-derived distros, apt-get install automake.

So yes, you need to make sure that libcurl, libxml2 and automake are installed.

I think if you install automake, you should be good; as aclocal is included and autoconf is a dependency so it should be auto installed along with automake.

and then start from ./autogen.sh

Something didn’t work as it should…

Pastebin.com is the number one paste tool since 2002. Pastebin is a website where you can store text online for a set period of time.

I would then start from ./autogen.sh again.

@soder Just tried this on a debian vm, you need do the following to get this to work:

Weird that pkg-config is not listed as a dependency, as the configure scripts requires it to check the correct packages are installed. Anyway that should get you going.