Having problems with final release not found in beta release

I put my memory card in from release 3, and everything works great.

Another question, is there any good reason to go to final over the beta 3 release? I am only using it with a Pi 2 and only viewing some networked videos.

Can you show a screenshot of these settings missing ? What skin are you using and have you tried a different skin ? On some skins you need to scroll to see all tabs.

The xbox360-lircd.conf file was added after RC3 so you must have picked that up with some updates, however it has not changed since then so should be working - works fine for me.

Can you upload your debug logs ? 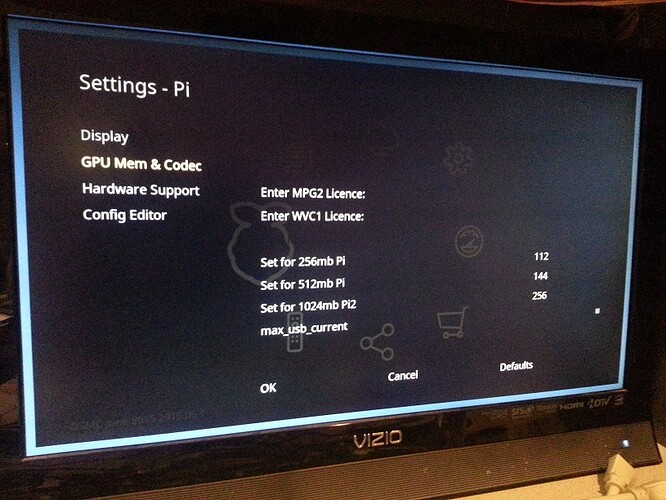 I now see that it does show the serial number, its just black font as well as codec status and gpu allocation. I thought I was using the default skin and didnt change anything so I dont know.

I got the remote working. That was my error. I saw in the RC3 that I had the media center remote selected, not the xbox one. They looked similar and I thought I used that one.

Thanks - looks like it could be a bug in the OSMC skin. We’re looking into it.

In the mean time you could get the serial number by changing skins temporarily (for example to Confluence) or use the following command from SSH:

The serial number will be at the bottom.

Thank you. I can barely see it FYI. Its one shade black lighter then the background, although it takes a lot to see it.