How long does the battery last?

My Vero 4K remote stopped responding today, after about 2 months of pretty light use. How long should the stock battery last? I want to make sure it’s not the remote or IR receiver that died before I order new batteries.

Do you have any other device at your home that uses the same type of battery? You could just swap that over for a quick test… It’s most likely the battery that has died.

I don’t have any other devices that use this battery. I posted this topic to find out how long the stock battery lasts for people with light Vero use.

Six or seven months per battery usually. But it can vary.

I went through the entire pack now, and not a single battery lasted longer than 1-2 months. Just wanted to make sure that it wasn’t normal. Possibly a bad batch? 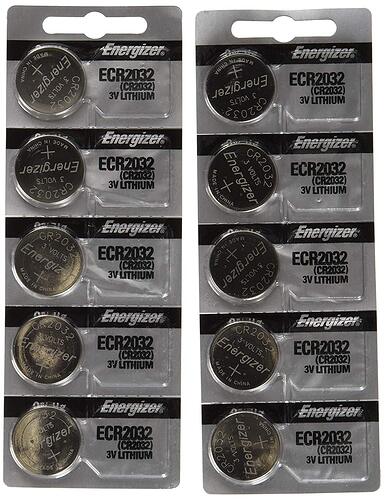 More than likely they are fake Energizers.
If you look here, Energizers are made in Indonesia, yours say ‘Made in China’ 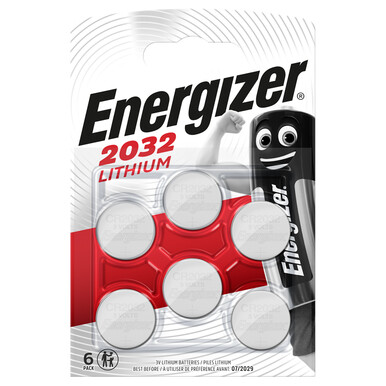 Energizer CR2032 Coin Cell Battery (6 Pack) now in stock at Battery Station. Order online or by phone with next day delivery on orders place before 4pm.

Saying that, it’s the packaging that screams ‘fake’ louder than anything.

I replace my battery once every 6 months

wanted to make sure that it wasn’t normal.

I have never had to replace a battery in 2 years.

But I don’t have teenage kids.

I have never had to replace a battery in 2 years.

But I don’t have teenage kids.

I don’t have teenage kids either. As mentioned earlier, the stock battery that came with the Vero 4K died very quickly, so I bought those Energizers, which I guess turned out to be knock-offs.

I’ll buy a different brand from a more reputable seller and test again.

Another month, another battery dead. This time, the battery was purchased from a reputable brick & mortar store to make sure it wasn’t a knock-off. It cost about $1.60. 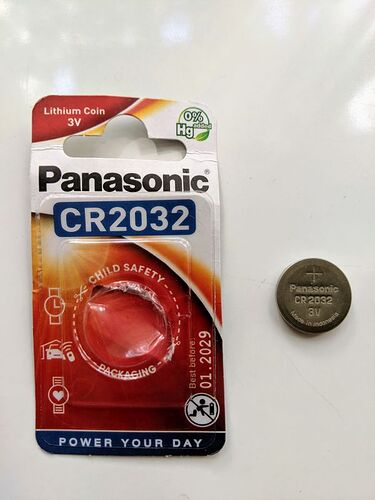 $20 a year just for batteries for one device feels almost like a subscription.

Strange as I have 2 remotes with the original batteries over 2 years old going strong still.

Are you in an area with a lot of different WiFi access points?

I think others will state here that they get much better battery life than a month. Something else is the matter here.

Maybe you have a device that interferes with the signal of the remote and the remote has to change bands a lot. I have two veto’s and only changed the battery once on the device that’s at least two years old now

Are you in an area with a lot of different WiFi access points?

I only have one WiFi router and see a few routers from neighbors. Nothing out of ordinary.

I think others will state here that they get much better battery life than a month. Something else is the matter here.

I am aware of that, that’s why I keep coming back to this thread. As you can see, the thread was started over a year ago.

Maybe you have a device that interferes with the signal of the remote and the remote has to change bands a lot.

This is not likely. I have changed apartments (and even countries!) and the problem still persists at the new location.

I have not. What would that accomplish?

I have not. What would that accomplish?

It may change the frequency that the remote is using to a channel that is free of interference.

If you read other threads about this, it seems that people like me who live in an area with little WiFi (just my 2 routers) compared to people who live in a city with lots of WiFi, we have long battery life. People in WiFi congested areas seem to have battery problems.

I will try re-pairing it, but not too hopeful it will accomplish anything. My previous house only had 3 or 4 other wifi networks from neighbors, and the batteries still died very quickly. Besides, does the pairing software really include the function of avoiding interference with the purpose of maximizing battery life? Doubtful.

In any case, off to buy batteries AGAIN. The people on this forum convinced me that I originally bought fake batteries, so I was sure a fancy, name-brand battery would solve the issue.

This is kind of sad. My TV remote battery lasts a million years, and even my Logitech mouse last a full year on a single AA battery.

People in WiFi congested areas seem to have battery problems.

This shouldn’t be the case. We’ve only seen a handful of these reports over the years.

Re-pairing the remote will renegotiate the connection.

Just out of interest, do you have a multimeter to confirm these batteries are actually dead?

Definitely something strange going on here.
TBF the batteries you posted an image of do look fake af, and it was only a suggested possibility as to what could be the problem.

Just out of interest, do you have a multimeter to confirm these batteries are actually dead?

I have thrown away the older batteries but still have the Panasonic that died yesterday. I will have it tested at a repair shop per your suggestion.

Re-pairing the remote will renegotiate the connection.

I just bought yet another battery today for almost $4.00. The salesperson said it was one of the best. I will re-pair the remote and give it another try. If it dies again in 1-2 months, I’ll have to say this was a very bad deal. 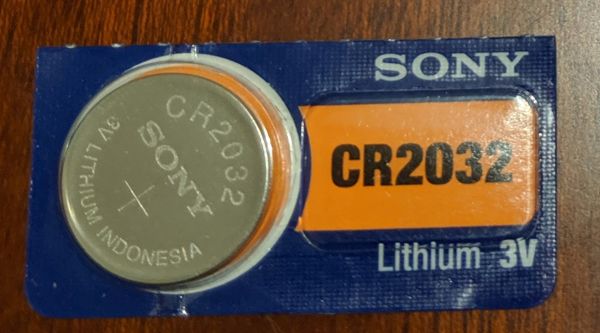 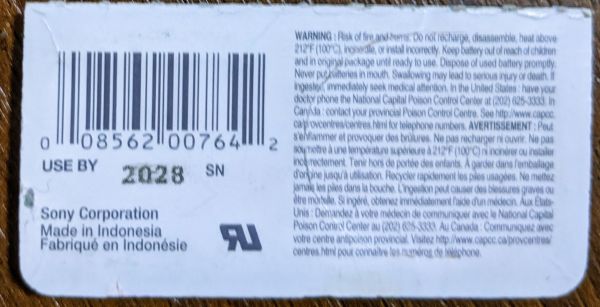 Just found another thread where Sam discussed battery drain issues in Vero 4K remotes due to excessive frequency hopping, and how re-pairing the remote fixes these issues. It would have been really goddamn helpful if someone had suggested that in this thread 15 months ago instead of having me buy a shit ton of new batteries.