I deciced to try 2016.02-3 as the current release has been very unstable. I backed up all settigng, including the addons folder to an external USB. Then I got an extra SD card, wrote 2016.02-3 to it, booted up and restored. Restoring takes quite a a long time and there are no visual clues during that time, other than that the disk led flickers. Ie the period when you hit restore to when you get to select backup file, to when you get to select what to restore. Fidding around in the UI at that point will get you a sad face.

Just noticed that it never restored my config.txt as part of the restore, but even if I put back config.txt it stutters when playing video. Any ideas? All that is changed is that it is another SD-card, same type/brand though. What setting could cause this?

Edit: Scratch that. I had forgotten to write config.txt

Unfortunately do hangs happen in this rerease as well.

To get a better understanding of the problem you are experiencing we need more information, including logs from you. Please see http://osmc.tv/wiki/general/how-to-submit-a-useful-support-request/ for advice on how to help us.

OK. The general error seems to be that I cannot use the HifiBerry DAC+. Doing so will give jerky playback as I have indicated in an earlier message, with screenshots.
With his old version installed (i did not bother with the DAC, instead used HDMI) playback runs fine for several hours, then the system freezes. At that point there is no disk activity. I have to hit the reset button. Audio goes first and then the picture freezes a couple of seconds later. This happened the last time today after approx 3 hr watching streamed video from TVHeadend 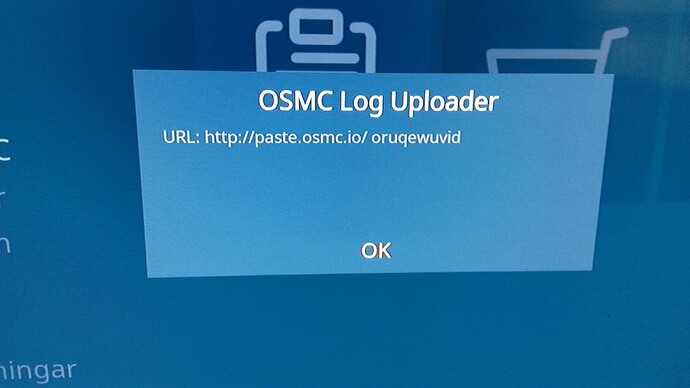 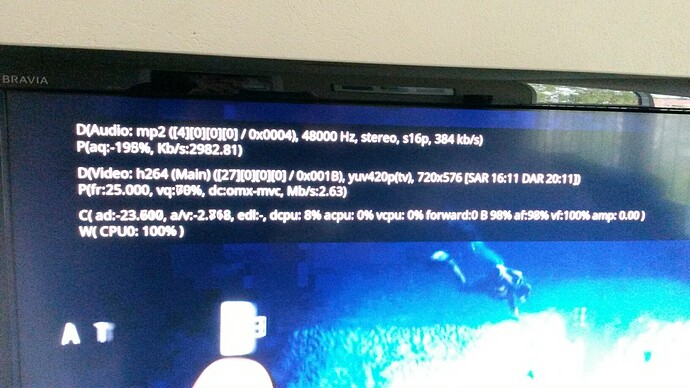 Oh, yes, some additional info: There was an issue, memory leak when watching stuff from TVheadend, that got fixed, but I cannot find in what version. Then things were quiet for a while, until these problems started popping up.

You need to update your system first. We want to get you to a working install but we can’t afford to spend time troubleshooting deprecated versions.

OK. I started playing stuff now, let’s see how long until it breaks. Does it matter whether I reboot and send logs through the GUI or should I try putty and grab-logs before restarting?

Does it matter whether I reboot and send logs through the GUI or should I try putty and grab-logs before restarting?

Yes, clickable link is far better than a screen shot.

It was. This was the oddest thing. I had watched for say 30 minutes, the audio went and then video froze. Went down to my PC to grab logs. Then it started playing again, upstairs??

Is this the thing to look for: CRenderManager::WaitForBuffer - timeout waiting for buffer

Had it running with debug on when it crashed:
Logs available at http://paste.osmc.io/jerohulani