After a reboot, my raspberry Pi doesn’t start. It freeze in the page 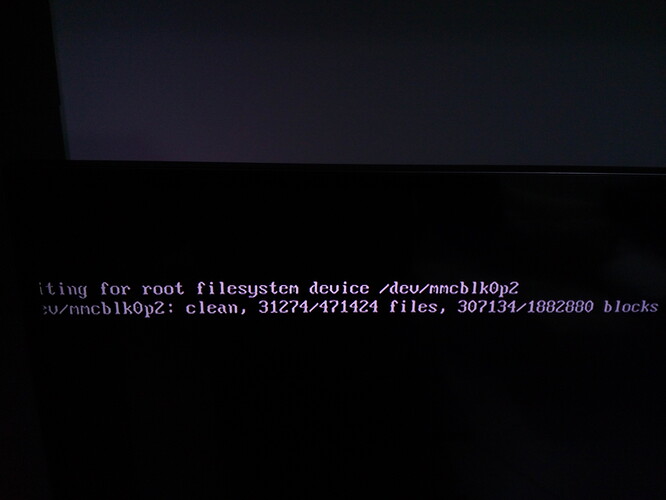 No ssh, no ftp, nothing!

Is possible to save something or I have lost all data?
I have OSMC version 2016 build 1 on Raspberry PI 2

So it was working fine and then after rebooting it was not ?

If you have a Linux PC or a USB SD card reader and a spare SD card you should be able to salvage important files.

If you don’t have a Linux PC, make a new install of OSMC on another SD card and boot from that - then insert your old SD card into a USB SD card reader and plug that into a USB port on the Pi - the old SD card will mount under /media from which you should be able to browse and copy files.

Yes it was, the system was OK, I cannot connect with sftp, so I logged via ssh and send “sudo reboot” command.
After that no answer.

I have made a back up of the SD image, so I restore the system (lost only any configuration for transmission daemon), but I would like to understand why so often the system brokes (about once every 2-3 weeks)

It looks like you may be having filesystem corruption problems.

So first check your power supply (do you see a rainbow on the upper right)?

I see the rainbow only when I plug USB on the PC port, but normally I plug it into a power supply and it seems to be ok.
I will try a new SD card as soon as possible

If you’ve seen the Rainbow, then you may have had corruption on your filesystem. Before trying a new SD card, just do a new installation of OSMC.

If the problems continue, then get a new SD Card.

I install several time OSMC with new installation, and everytime if the system is plugged to the PC it starts with the rainbow.
So I think that the problem must be the SD card

The Rainbow is a power problem!

I see the rainbow only when I plug USB on the PC port,

Don’t do that!!! The power the PC can give the Pi is never enough!!!
The small rainbow square in the right corner is clearly an indication of lower power that you need to fix you will corrupt your filesystem and may damage you SD Card