I have a couple thousand movies and several thousand TV shows on my Plex. To make things easier, I have the two movie and two TV libraries on the Plex: one of each for “Kids Movies” and one of each for plain “Movies”.

Unfortunately, Plex for Kodi combines all the movies and all the TV shows into one big “Movie” and “TV Shows” library, which kind of undermines my Plex library setup.

Is there an easy way to set things up such that my separate Plex libraries are set up the same way on Kodi? I poked around in the library setup in Kodi. It references things called “nodes” but I have no idea what they are and I’m reticent to mess with them without knowing what I’m doing.

I think using either smart playlists or a video node can get you close to what you are looking for.

Looking at the “node” situation, it doesn’t appear either of the proposed solutions get me what I’m after. Nodes seem keyed to things like genre, director, etc. but that’s about it. Same thing goes for Smart Playlists. None of them seem to offer any way to populate nodes/playlists based on the Plex source library. If all the “Kids Movies” and “Kids TV Shows” had a specific genre in common it might work but they don’t.

Any suggestions on ways around this that don’t involve me manually editing stats on thousands of movies? Or adding thousands of NFO files?

Unfortunately, Plex for Kodi combines all the movies and all the TV shows into one big “Movie” and “TV Shows” library, which kind of undermines my Plex library setup.

Are you sure your talking about Plex for Kodi and not PlexKodiConnect? If the former i’m confused as I have my library set with two different movie libraries and they are not combined anywhere including Plex for Kodi.

You’re right, I did me PlexKodiConnect, not Plex for Kodi. The latter is the “official” add-on for Plex but to my knowledge it hasn’t been updated or maintained for years.

If you highlight a movie in your library, context menu, information, highlight (but don’t click on) refresh, it should show a file path. If you do this for movies in each library is there a distinction you can find in the file paths displayed?

Any suggestions on ways around this that don’t involve me manually editing stats on thousands of movies? Or adding thousands of NFO files?

Kodi needs some bit of metadata that is common to the movies you want to sort into separate libraries whether you use nodes or smart playlists or a combination of both.

You could use an external metadata editor like Tiny Media Manager (there are others) to add NFO files and optionally rearrange, rename or add tags to your movies. It can deal with hundreds or thousands of movies relatively painlessly.

Have a read of this: 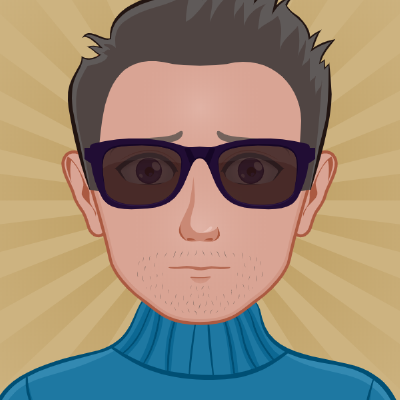 Plex integration in Kodi done right. Contribute to croneter/PlexKodiConnect development by creating an account on GitHub.

Aha! This was quite illuminating. No wonder I haven’t been able to find any way to add another library…the default Estuary skin doesn’t allow it! That would’ve been nice to know when I started this idea LOL.

Looks like the “Embuary” skin supports multiple libraries without much effort. I’ll try experimenting with that (and maybe some other skins) and see what results I get.

Of course, if Plex would get off their thumbs and actually update their Plex add-on that would make all of this moot but I’ve pretty much given up on them doing any such thing.

Only thing I can’t get working yet is my music library but that’s of little importance for now.

I took the approach of organizing my “kids” movies into a different directory tree from the “adults” movies, and a third for “holiday” movies. Then using the “path contains” in the smart playlists to identify where they show up. That has worked out pretty well (except that my kids are now teenagers, and the “kids” section is becoming irrelevant). I use a skin that allows you to control the left nav menu items, so I’ve got “Movies”, “Kids Movies” and “Holiday” as separate menu items that load the relevant playlist.

For Music, I gave up on genres (damn near impossible to get any consistency on that from any of the tagging tools out there), and instead pointed my Music menu item at the Sources library item. I organized my music directory structure with a different directory for each “Genre” that I personally think a particular artist should go in, and then set up each of the genre directories as a separate music source in kodi. It works out pretty well.