Taking out microsd card is a PITA - here is my solution

This is not a major problem but it is a PITA - pain in the ass.
I have put a microsd card in my Vero 4k+ as more permanent storage.
O copy files less than a gig in size via wifi
but when I want to put more than 10 gigs then wifi is too slow

When I try to take microsd card out it is very difficult.
I need to get a pointy knife to pry it out.

Now I have done this to the microsd card.
Maybe you can offer this as a tip to other users 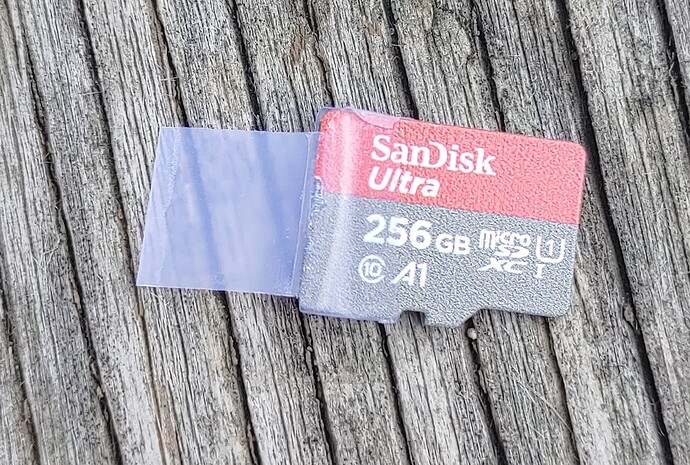 If you press the card inwards with your thumbnail, it should spring out enough to let you grip it.

press the card inwards with your thumbnail

Indeed. Just pulling it will break the mechanism.

Using a knife will break the slot.

How are you copying files? Your speeds sound slow – as if you were copying over SSH.

I thought of the “push card in with fingernail” action, which works on other devices but it did not work on my Vero4k+ and that is why I thought to use a knife to pry it out.
I thought maybe the OSMC team did not include the spring mechanism to keep costs down.

As for sending files via wifi
Think of me as a sort of smart user and not a tech-guru like the rest of you.
I have a Macbook and I use Finder to connect to the Vero4k+ and then manage files.
I am not as smart as the rest of you to know what SSH is.

As for slow copy speeds - that is most likely not a result of the Vero4k+
but with my wifi network.