I’m using the Eminence skin from the Kodi standard repository on the Vero 4K+ (November update). As I recently added a few 4K MKVs to my collection I noticed that the skin displays just a generic “SD 480p” video info icon in the lower right corner in movie detail view. I know Eminence is not quite up to date but I also have that skin running on a Kodi Leia install on my Windows 10 laptop and there it shows a “2160p” icon as expected. I’ve already asked about this over at the Kodi.tv forums in the Eminence support thread but there is no response… Is there a way to fix this? Thanks!

I’ve already asked about this over at the Kodi.tv forums in the Eminence support thread but there is no response… Is there a way to fix this?

Maybe there is a fix but OSMC are not the developers of the skin. Seems you’ll just have to be patient on them to respond.

If you actually play the file, do the proper icons then populate?

In Kodi 18.5 the system will not automatically update the video resolution or audio format if one is already present in the database. The easiest thing to do is to delete the video from Kodi and reimport. Kodi will then determine the video and audio formats and display them correctly (if the skin supports it).

The easiest thing to do is to delete the video from Kodi and reimport. Kodi will then determine the video and audio formats and display them correctly (if the skin supports it).

If you just trying to fix a few files it is probably easier/faster to just bring up the video information screen and hit the refresh button which also fixes that issue.

I did all that, playing the file and refreshing, removing and adding it back to the library. It stays the same, on the Vero the skin shows “SD480p”. In Windows, using exactly the same skin files, it shows “2160p”. I even downloaded the latest skin ZIP from the authors GitHub and installed the skin from the same ZIP both in Windows and on the Vero 4K+. So this tells me it must be an issue with the Vero version of Kodi, preventing the skin from getting the correct video info for 4K files…

How are the files named? I thought that the resolution tag used the filename instead of the actual resolution in mediainfo.

I just installed that skin and it is picking it up from the files itself apparently as I don’t use special tags on my filenames and it is displaying the correct info on my RPi including 2160P movies.

Are you using NFO files?

Thanks for the replies. No I use a MySQL setup. Both Kodi setups (Windows and Vero) access the same database.

If your using a shared database I struggle to understand how they could be displaying different information. Do you happen to be using media flags on one of these machines?

Reading that article on media flags makes me wonder how am I NOT using it? It looks like Kodi generates these images automatically when the skin requests it. The odd thing still is that it works on Windows but not on the Vero. Anyone else cares to try this skin on the Vero? 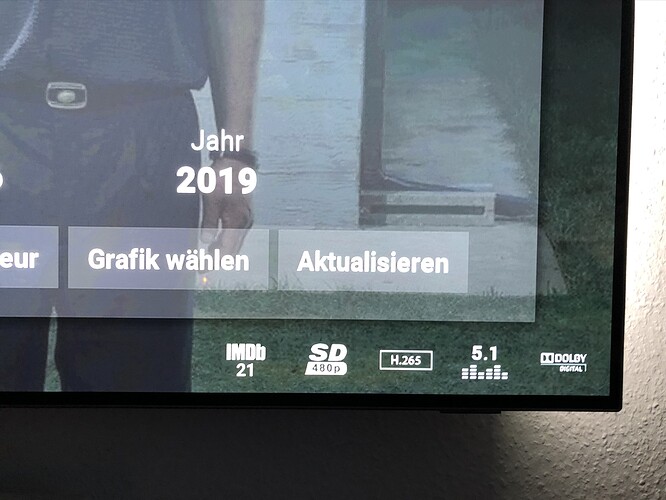 You posted the same picture twice. 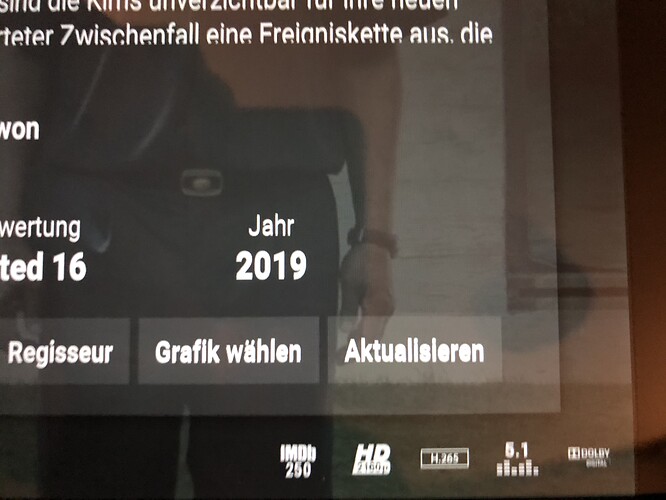 If you understand databases, you can log into the MySQL/MariaDB and see if the movie is in there twice. These setting are populated from the table called StreamDetails. It would be unlikely but it may have more than one row in StreamDetails for that movie.

If I would venture to guess, with the wrong metadata displayed and the wrong IMDB info displayed on the other, I would say the movie is in there twice.

I have several DB records in there like this:

However I have this issue ONLY with 4K movies so it would surprise me if there were double entries.

You may observe that there are two rows with iStreamType = 0 (which is the video info) and that could be what is causing your issue.

If you were to change skins does the info tags show up correctly?