I had a go at trying to use Tvheadend for the first time today but have run into a problem.

I followed this guide (more or less) to get Tvheadend setup: 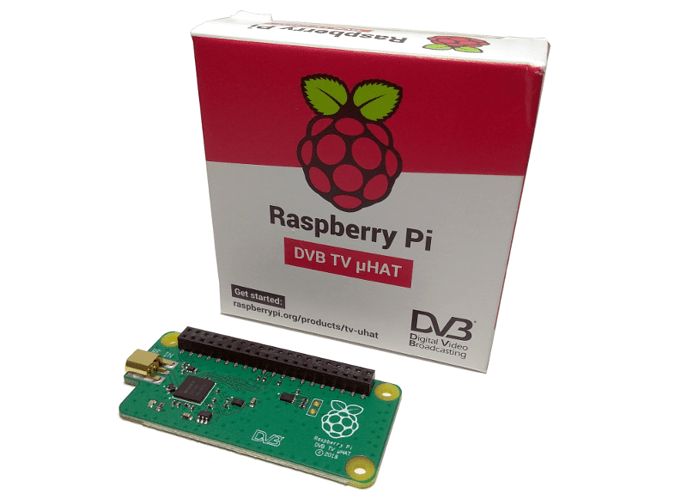 How To Stream Digital TV With The Raspberry Pi TV HAT

We’ve put together this easy to follow, step-by-step guide to show you exactly how to assemble, install and configure the Raspberry Pi TV HAT to stream, record and serve digital TV and radio (including HD channels)

I’ve used an old Raspberry Pi 2 v1.1 that I had lying around along with an old WinTV Nova-T stick.

I installed Raspberry Pi OS (with desktop) and then I installed Tvheadend as per the guide.

Everything went fine and I was able to scan and map 120 channels, and then view those channels in the web interface.

I then connected to the Tvheadend IP address from another PC on my network and I was able to watch live TV as well.

I installed the Tvheadend server from the OSMC App Store on my Vero 4K+ (wired) and configured the Tvheadend PVR client with the correct IP address for Tvheadend on the Pi. When I tried to enable the PVR client I got a message saying that it couldn’t be loaded.

I tried the same on my Vero 4K (wi-fi) and got the same result.

I removed the Tvheadend server and tried again, but the result was the same:

This seems to be relevant, but I’m not sure what to make of it:

Basically I’d like to have Tvheadend running on the Pi and my Veros connecting to it to stream live TV.

I should mention that I was able to get live TV working on both Veros once after toggling the PVR client a few times, but it all fell over again after a reboot.

Both Veros are updated to the most current version.

Very odd. You definitely don’t need the TVH server on the Veros. I wonder whether the TVH client is clashing with one of your other add-ons. Could you try disabling them in turn?

Just for tests, could you first try with the OSMC skin (do a reboot after the skin change)?

Thanks for all the replies guys.

I’ve spent most of the day try all the suggestions and I seem to have narrowed it down to the skin.

None of my installed addons have any effect if I use either the OSMC skin or Estuary. I disabled them all and then enabled them one by one and everything is ok with the default skins.
Using Eminence, the Tvheadend PVR client will not start on a Vero reboot, or start when the Vero has booted. I’ll see if the skinner has any ideas, thanks.

Only thing I need to look into now is why my soundbar doesn’t play any audio, but the same stream through the TV speaker plays audio fine. It might be a limitation of the soundbar or TV ARC.

Edit: Didn’t realise I didn’t need the Tvheadend server installed if I was only using the client side… learning curve.

Most likely a question of Passthrough capabilities of the TV ARC.
Your TV reports this, while not clear which ones it can passthrough ARC

Did you read this Wiki?

This wiki article should cover all your general questions about how to connect up your OSMC device to get the best audio possible. There’s also a section with explanations of some of Kodi’s audio settings as well as information about the audio capabilities of our OSMC devices. Thank you, @grahamh, for your part of this wiki article! Supported devices OSMC supports a range of devices: All Raspberry Pis (except RPi4 at the time of writing) and our own Vero series (Vero 1, Vero 2, Vero 4K and …

Well that was a waste of a day…
Eventually traced the problem to the source button being stuck on the soundbar!
So now everything is working great with Tvheadend.
Thanks for all the help guys.