I’ve just been getting to grips with my Vero 4k over the last week but have found a couple of files it seems to struggle with ;

Any attempt to skip chapter or fast forward results in either playback hanging or a long delay followed by playback being drastically out of sync.

I had thought the audio tracks might be giving the vero some trouble (one file has a 192khz track and the other has a few 2 channel flac files) but I created my own version of the files with simple DD5.1 tracks using MKVToolnix and still had the same problems with playback

Is there any reason these seem not to play back correctly on the Vero 4k?

Any attempt to skip chapter or fast forward results in either playback hanging or a long delay followed by playback being drastically out of sync.

Assuming that you play the files via Network, have you tried playing the file from emmc or USB?
Have you enabled “adjust refresh rate”? Try with audio setting “best match”

Start with local playback as @fzinken says.
If that fails, a sample would be helpful.

Yeah files are on a network was mounted as NFS - no problems with 4k files.

Adjust refresh rate and best match are enabled in the settings

Added one of the files to a USB drive and it exhibited the same playback.

What would be the best way to send a sample?

Bringing up the info during playback both files are being decoded with
ff-H264 (SW) software so the cpu’s seem maxed out. 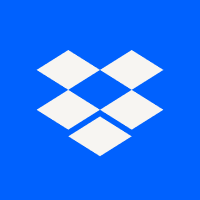 Apologies i would have uploaded the log with my initial post, but the way I read the ‘how to submit a useful support request’ thread I though the Mediainfo output was preferred for playback issues.

Ive worked around the issue by re ripping my discs for now but I’m just curious as to what would make the player struggle like this.

Any sense as to why it won’t play these files correctly?

I haven’t had a chance to look at this yet

AVC 10bit (aka Hi10P). No consumer hardware can decode that exotic format. CPU does all the work. Hi10P support in Kodi is subpar, though some improvements in Kodi 18. Thugh wouldn’t hold my breath here.

There are some exotic SOCs (RockChip) from China who can decode that format with a lot of limitations (e.g. only up to 720p with 16 Refs, and hence no 1080p). But no support in Kodi for that chips anyway.

It is a a dead format only popular by some groups in the anime scene. Intended to be played on a PC.

And it is also not 10bit color like in HDR but 8bit expanded to 10bit to reduce especially banding on highly compressed video streams.

So sacrificing compatibility with any hardware playback device for the sake of the file size was the initial reasoning. Rendered mute since many years, when the over compression with BD rips stopped, but still using Hi10P. Naturally Anime scene is early adopting HEVC now because it says 10 bit, even if the sources were never 10bit to begin with.

But well, it’s the Anime/Fansubber scene, what do you expect?

The fun thin is: the banding is already there on most sources, so the 10bit encoding did nothing at all beside compensating for artifacts introduced by over compressing files. Proper solution would always have been: do not overcompress video streams…

Best option: transcode or get a decent rips.

I didn’t check yet, but if those are indeed Hi10 files then you will experience problems. There are improvements in Kodi v18 that should help however