Dear friends,
Santa is going to bring in a new woundbar, the Sony HT-A7000. My old Yamaha YSP-2200 peacefully died a month ago and my hearing is too bad to use the LG TV speakers

My LG is a 4K TV with 3 HDMI ports one of which should be eARC.

What I care about is to have the best audio format support from the Vero to the soundbar and also be able to use only the TV remote for both the TV and the soundbar via CEC.

Also, I do have a short fast HDMI 2.1 cable currently between the Vero 4K+ and the TV, while I’m not sure about the specs of a slenderish HDMI cable between the TV and soundbar eARC. Does also this one need to be rated at higher speed?

SONY’s site shows a setup in which the device reproducing sound/video had TWO HDMIs but the Vero only has one. 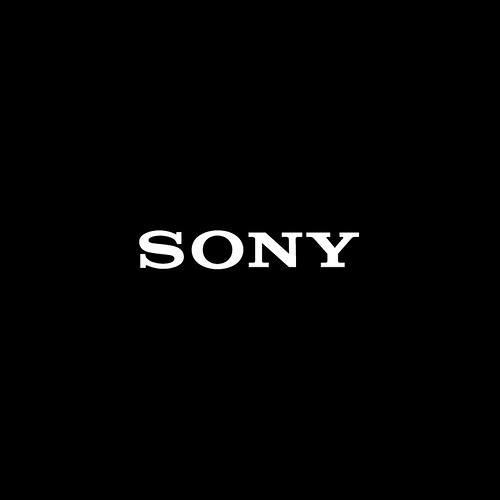 How to play back in Dolby Atmos format audio with your amplifier or Soundbar?...

Thanks for clearing up some of my deep ignorance. 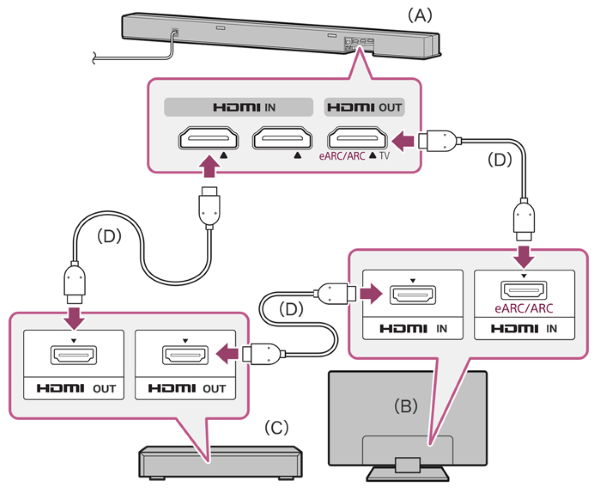 This wiki article should cover all your general questions about how to connect up your OSMC device to get the best audio possible. There’s also a section with explanations of some of Kodi’s audio settings as well as information about the audio capabilities of our OSMC devices. Thank you, @grahamh, for your part of this wiki article! Supported devices OSMC supports a range of devices: All Raspberry Pis (except RPi4 at the time of writing) and our own Vero series (Vero 1, Vero 2, Vero 4K and…

Thanks Tom, had gone through that but found it confusing

Maybe it’s geared for someone less ignorant than I am right now.

This is the relevant bit for cabling:

You have a display with an HDMI input and you have an amplifier with HDMI inputs and outputs.

From looking at the specification page for the sound bar: The vero4k would be connected to 1 of hdmi ports and labelled in put and the LG is connected to the hdmi port labelled output.

Thanks Tom. And I guess that “passthrough” from both the TV and the Vero 4K+ would be the best configuration and let the soundbar sort out the nature of the audio stream.

The answer to this depends on information you haven’t given us.

For example, are there any audio formats that the sound bar’s HDMI inputs can accept but that the television’s HDMI inputs can’t (or vice versa)? Are there any important audio formats the TV cannot output via eARC? How many other source devices besides the Vero 4K+ are you planning to connect? Are you planning to use any of the TV’s built-in apps (e.g. for Netflix, Disney+, etc.)?

Will try to make it up

Use this 40% for Netflix from TV, 30% Vero 4K+ movies, the rest a mix of game consoles and youtube videos (guess you understand I have a young kid at home

From the TV specs I seem to understand it supports (copying without much understanding from 54.6" LG OLED55E9PLA - Specifications):

The most common configuration, if using a full-blown AVR, is to have the Vero connect to the AVR, and the AVR relay the video signal to the TV. The reason that’s the most common way to do it is partly that AVRs often have more HDMI inputs than the TV does, but mostly that there are many TVs which can’t actually accept HD audio formats via HDMI, while the AVR typically can.

But in your case, you won’t always be able to do this, because you’re going to run out of inputs - the sound bar only has two HDMI inputs while the TV probably has four (even if you’re using one for eARC) and from the sound of if you’ll need at least three inputs. Plus, you’ll need to use ARC at least some of the time, when you’re using one of the TV’s apps as a source; and your TV seems fairly flexible about audio input.

So, as a first pass, I would try connecting everything to the TV, and then sending the audio to the sound bar via eARC. This means A: you shouldn’t have to worry about the quality of the HDMI cable you’re connecting the TV to the sound bar with, and B: there will be fewer buttons to press to get everything working when you switch on - the sound bar will always be in eARC mode, and it’s just a question of remembering which device is connected to which TV input.

If you find, further down the line, that there is some audio format that the TV inputs can’t handle, then it’s easy enough to unplug the Vero 4K+ from the TV and plug it into the sound bar instead (and leave it there); but you may find you need to upgrade the HDMI cable connecting the soundbar to the TV at that point, as it will then be carrying video to the TV instead of only audio from the TV.

Very clear. Thanks a lot (and no I don’t have an AVR)

For practical purposes your sound bar is an AVR. If you had an older television, or even if you only had two source devices, I would be suggesting that you connect the Vero directly to the sound bar; but hopefully your TV can forward any audio you throw at it via eARC, and you get an extra input and less button-pushing this way.