Anybody else using CinemaVision add-on with Vero 4K?

The add on can be found below. Does this help? 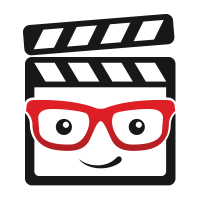 The core CinemaVision add-on for Kodi. Contribute to CinemaVision/script.cinemavision development by creating an account on GitHub.

Has this issue been resolved? I’m getting the same problems with black screens that are resolved by pausing the cv sequence. When I turn the hardware acceleration off, the screen does not turn black. I have a Denon x4400 receiver and JVC projector RS520.

The only “solution” is to not hide the seekbar OSD during fullscreen playback (I’m using the Rapier skin). That way it’ll activate briefly for each bumper/trailer so that the screen doesn’t remain black. It certainly isn’t ideal, but it’s a temporary solution until a proper one is found.

I’m still having issues with the occasional crash, though. The Vero 4K isn’t consistent enough to use reliability with CinemaVision, at least not on my end. I’m holding out hope that KODI 18 will be more stable, otherwise I may need to research a new Kodi platform for the home theater and use the Vero 4K for the bedroom.

Do we have any logs of this issue?

Yes, I do have a log. I have it pasted in https://pastebin.com/BQ4RSXam
Note that it’s an application log as the issue does not occur when the kodi logging is enabled. There was also another log when Cinemavision crashed. The log is in https://paste.osmc.tv/reyanavoyo.

Also I don’t know how familiar you are with Cinemavision, but you can install the addon yourself and just create two video bumpers in sequence and test it out yourself as the issue is I don’t think related to someone’s setup. It for example also occurs on my Sony TV with the device directly connected to it as opposed to my cinemaroom setup with a Denon X4400/JVC RS 520 combo.

@sam_nazarko Sam, do the above logs suffice? Is there anything else you need from me?

I haven’t had a chance to look at this yet but will do so soon.