No and we never will

Just curious, as I had never heard of Banana Pi before. Is the issue that it is closed source, or something? From a quick read of Wikipedia, it seems like just another Pi clone? 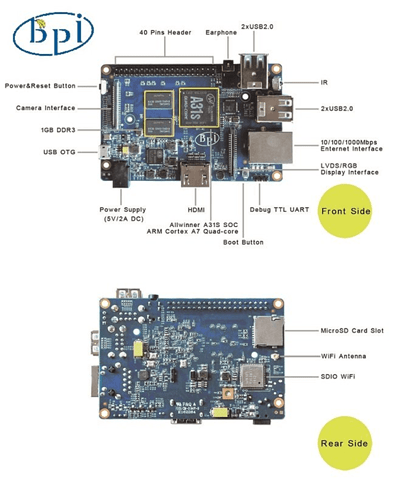 you might wanna have a look at the Vero by OSMC its even faster than the RPI 2, yes its a little bit priceier but its as i said faster

its allwinner SOC the worst arm SOC there is google it

Thanks for clarifying, but I wasn’t so much interested in the specs on the Banana Pi. More curious about the cold reception it seemed to receive from the OSMC team. Looking into it further, I see now that:

So I think this explains it, and it seems a perfectly reasonable stance for OSMC to take.

There is no documented hardware video acceleration APIs (i.e. OpenMAX), so if you compile Kodi on it you’d have software decoding, which would realistically give you 720p at the most.