As the title says, I don’t know if this is a big or just a strange glitch or what but figured I’d mention it in case someone else notices.

I had turned the RPi (& other devices) off since before Xmas as we were away for a few days. On returning today I switched everything back on again.

On getting ready to watch a show I noticed the screen resolution was all out of whack, this has happened before after an update so I figured there might have been one applied during the start up today. I just adjusted the res in the settings and watched some shows.

When I was getting ready to turn the TV off (RPi stays on) I noticed the time read 1940h when it was about 0130h. Thinking it might have been an update issue again I went into settings to adjust it. I tried changing the timezone and returning to the UK a few times but the incorrect time kept returning, I also noticed the date was reading 23rd Dec (today is 31st).

I then rebooted OSMC and the correct date and time are now showing.

Just an FYI for the dev, not sure if it’s an issue at all but I’ll leave that with you.

I had turned the RPi (& other devices) off since before Xmas as we were away for a few days. On returning today I switched everything back on again.

The Raspberry Pi doesn’t have a RTC therefore it will loose time everytime you power it off. OSMC has a script that runs at boot time that sets the time based on Internet servers. Should you had network issues as boot time this may fail.

So based on Apple logic more a feature than a bug

I have some RPI’s I put an RTC on. Something like this. 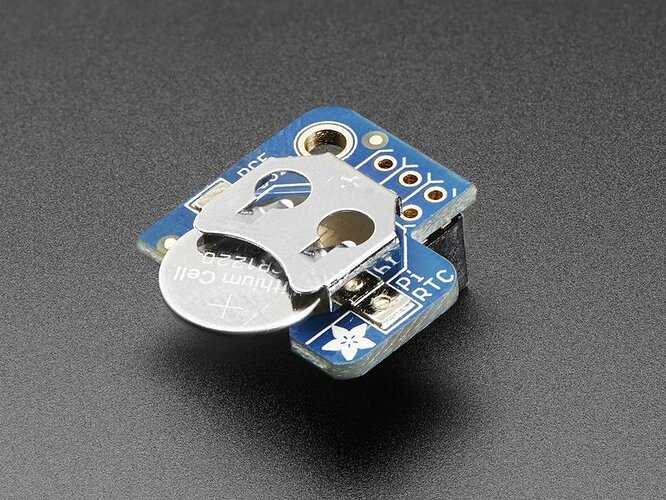 To keep costs low, the Raspberry Pi does not include a Real Time Clock module. Instead, users are expected to have it always connected to WiFi or Ethernet and keep time by checking the network. Since we want to include an external module, we'll have...

Ahh, thanks for that.

I had thought the clock was set off the internet but didn’t realise it was only on boot, which explains why adjusting settings didn’t change anything.

Thanks for that, I’ll check it out.

but didn’t realise it was only on boot

It’s not only on boot - I think it should have updated if/when an internet connection became available. But a re-boot always helps.

The resolution will likely be wrong if you turn on the Pi with the TV off.