Can Vero do bit-perfect playback?

The answer seems to be yes. It has been reported that devices based on AMLogic S905* chips will not output 24-bit audio. Some tests were done to investigate.

Generate test signal files as 24-bit or 16-bit triangular wave wavs with peak levels -90.34dB with a range of sampling rates and a range of channel numbers, eg:

Connect converter to Vero HDMI out and screen HDMI in. Set the converter EDID switch to PASS.

Connect converter S/PDIF out to soundcard S/PDIF in. Set soundcard to 24-bits. Set audacity to capture S/PDIF-in with 32-float format. 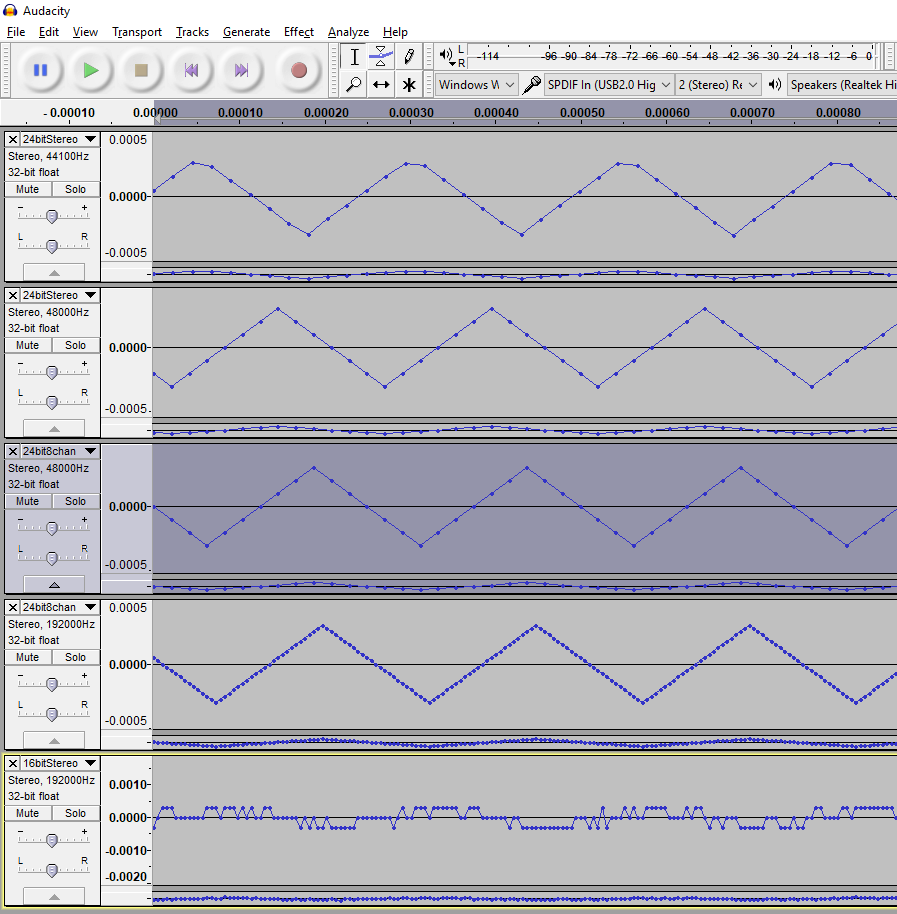 It can be seen that the amplitude of the displayed waveforms is about 0.0003. The captured waveform was 20dB below that, which is about 0.00003 as expected. Therefore the entire waveform is contained in the lowest 8 bits of 24 and the detail is all there. The 16-bit file shows the dithering introduced by sox trying to make sense of creating a -90dB file in only 16 bits. 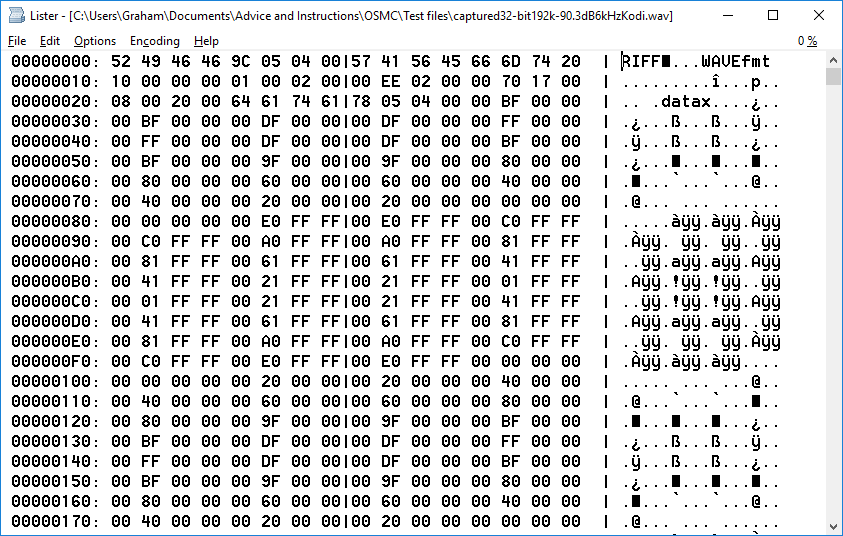 Looks perfect to me - each sample is 8 bytes (4 left, 4 right) and you can see the expected values for the positive samples. If I’ve made a mistake, let me know!

That file I analysed in the screenshot was made at -90.3dB. 0dB is 7FFFFF.

Where in that hexdump above do you see anything other than 00 in the top 16 bits?

Anyway, I showed you the output from your -100dB signal in the other thread.

Yes, I know that. That is why I didn’t question those results.

So, did you also test HDMI output? It’s not clear to me from the first post.

So, did you also test HDMI output? It’s not clear to me from the first post.

Yes. They are through HDMI.

Connect converter to Vero HDMI out and screen HDMI in. Set the converter EDID switch to PASS.

Connect converter S/PDIF out to soundcard S/PDIF in.

To convince me that the HDMI output is 24-bit, I definitely need to see the output of -97dBFS signal. 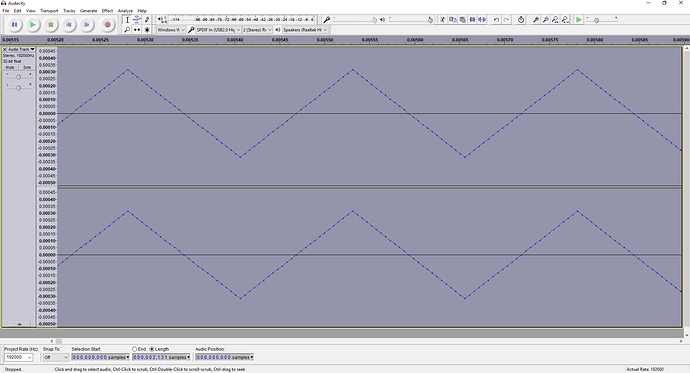 Amplified in audacity by 27dB

audacity doesn’t give that info to that precision. I can save it as a wav and paste a hexdump. What are you trying to establish?

A 1 sec. of your captured wav is what would be helpful. I asked for that precision to verify the actual dBFS amplitude.

Do you mind telling me what HDMI audio de-embedder and USB audio capture device that you are using. 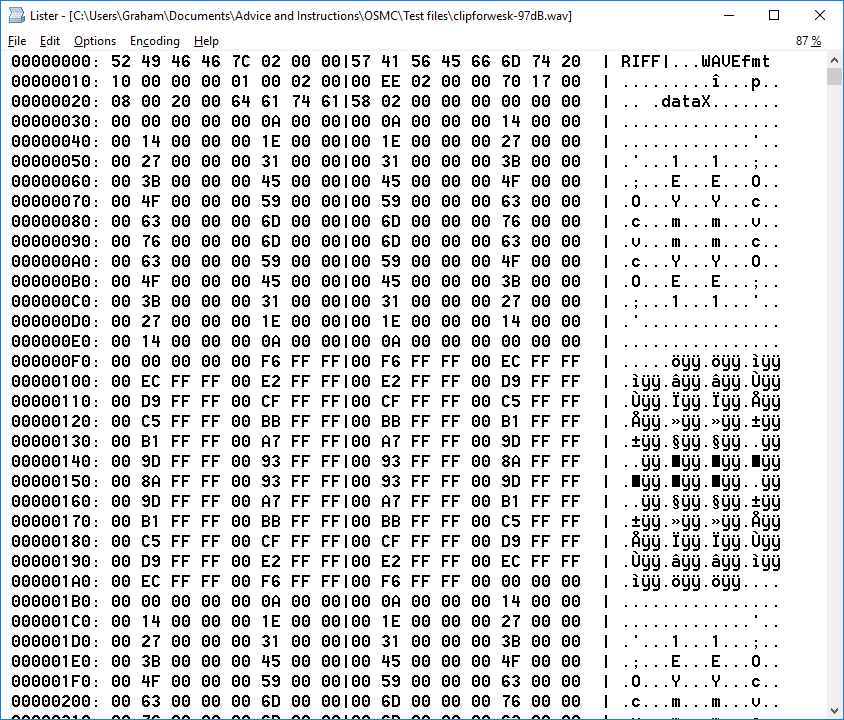 The amplitude is 76h (edited - the capture I did first I had the soundcard set to 48k so audacity was interpolating, apologies).

The soundcard is a Maplin 7.1 (no longer sold, of course, if you know the name Maplin).

You can put the WAV on https://collab.osmc.tv if it helps and share the URL.

For those who care about bit-depth and bit-perfection, apparently this is important. The rest of us just enjoy the music

Yes I know, I am …
The Devil’s Advocate

I don’t think they’ve repealed the laws of physics since he wrote that.

@wesk05 you had a look yet at the files @grahamh uploaded to the location @sam_nazarko suggested?
would be nice you two are on one line concerning this