Can't reach my SMB shares after the last OSMC update!

This topic indeed has been produced, but the solution does not work for me.
My remarks are below. I do not use any passwords, so this does not work for me. Furthermore, the message I get is “not able to connect to the network server”. Before this everything really worked fine.

The issue you are currently experiencing with OSMC
I’m unable to access my SMB shares
What you were doing when this issue occurred
I had just rebooted after getting the latest update and tried to access an existing share.
Whether you can replicate this issue on demand. If you can, then please provide some steps on how an OSMC developer can reproduce the same issue.
I can reproduce it by trying to access an existing share again.This does not work.
The device you are currently running OSMC on
Raspberry Pi model 3
What peripherals are attached to the device?
None at the moment.
Has this issue been introduced by a new version of OSMC? When did the issue first appear and can you recall a time when it was not present?
Yes, it’s happened right after the latest update. Before that, everything was working fine.

Same here. Watching stuff - new updates - download and reboot. Shares all ask for username and password now, even though I do not use U/P for my network shares.

I guess this is to do with the Samba security update, but now it’s so secure I can’t access my non-password protected shares!

Help! I really don’t want to set usernames and password for the shares, as OSMC is not the only media player accessing them!

Are you using Windows? I posted a workaround here:

I wasn’t be able to login with guest account. Temporary I created new account with password. Let’s say osmc:osmc But I didn’t want additional account on start screen, so I created DWORD value in registry under this path: HKEY_LOCAL_MACHINE\SOFTWARE\Microsoft\Windows NT\CurrentVersion\Winlogon\SpecialAccounts\UserList with “osmc” as the name of the new value. This is hiding account from view, but still let you use it to log in to SMB shares. It works and it’s much safer. Out of curiosity, …

Since Win8 Windows also keep asking about password even if there wasn’t any, but we could bypass it using guest account (without joining to homegroup). Yesterday I wasn’t be able to use guest login on Kodi. Maybe empty pass field is unsupported, just guessing.

I saw that. But I’d prefer not to set a U/P for my shares, as other devices accessing those shares will also need to be ‘fixed’.

You may be right though - maybe guest access is now unsupported?

That would be a shame though…

I saw that. But I’d prefer not to set a U/P for my shares, as other devices accessing those shares will also need to be ‘fixed’. 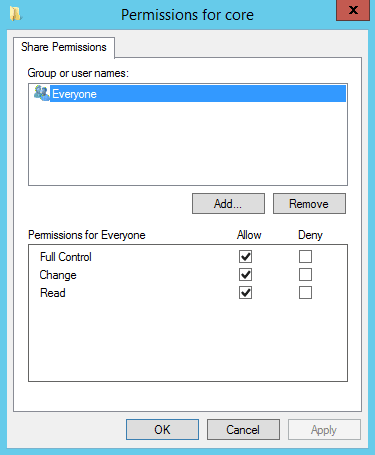 I don’t test it, but maybe you will have luck.

Ugh. I have the same problem.

Here are some debug logs http://paste.osmc.io/canajafuqa

And a photo of the error message 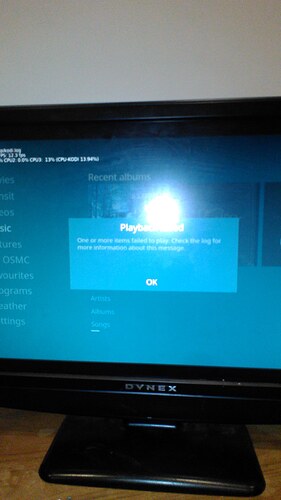 I have the same problem since this morning not to connect to a Samba share.
When I make a connection request with smbclient here is the error message I get.

https://www.samba.org/samba/history/samba-4.3.8.html
o The following constraints are applied to SMB1 connections:

Seems like as part of the security fix for SMB1 additional security features are enabled.
Which server are you using?

Also did you installed the updates on your server to patch the badlock bug?

it is a small rack nas on which I connect very well avat the updated this morning.
and the version of Samba that uses I have no idea

the osmc message : connection not permitted

Thank you for answering me

it is a small rack nas on which I connect very well avat the updated this morning.and the version of Samba that uses I have no idea

the manufacturer no longer supports this and therefore no update possible.
But the trouble is that I tried on a windows share no login and no password.
And the problem is always the same

OK
I found a parade.
I added the shares in the file show how ftsab on this site:
SITE

And I add an automount on boot

Same problem here. I’m getting a window titled ‘lock preferences for smb’ and then i have to enter password and username. On other devices i can access my shared files without any problems… Any solutions?

— EDIT -----
I deleted the guest-access on my smb-shares and now it’s working again.

thanks chrissas ! it made the trick.

I was able to resolve the issue by adding ‘client NTLMv2 auth = no’ line into global section in .smb/smb.conf inside osmc home directory.

Now the problem seems to be resolved.

Note: Adding the setting to /etc/samba/smb.conf changes behaviour of smbclient itself however does not affect KODI and vice versa.

You added this on client or server?

I already tried this suggestion with @fzinken and he reported no success .

What kind of device are you connecting to?

Sorry I should have been more specific. The option has been added to the client (osmc on rpi#3). Server is Time Capsule.

I tried your WA and it not worked /etc/samba/smb.conf

I have my nas mounted in Asus router.

I made the test with new installation (april) and SAMBA worked fine,but after apt-get upgrade stop working.

any way to go back for samba files?