Thought i would post here with my little project.

Built into he car is a touchscreen 7" display, it has built in Mirror Link Functionality, but this isnt compatible with any current gen phone technology, i have previously set it up with a HTC Desire M8 but functionality is limited.

I Discovered the Aux in supports Video

So i got My Raspberry Pi 2 B+ currently im using a jack to Phono lead with a RCA cable to another jack to RCA Messy but im waiting on a shorter cable.

Im taking power from a 2am car USB adaptor which is problematic when the PI Ramps up the processor, i plan to solve this and the car engine turning off with this

which im waiting on arriving.

im using OSMC as the Base install with XBMC as the main interface.

The Pi has a USB Wifi Adaptor connection to my 4g Hotspot.

Any Future Ideas of what to add would be awesome!

Some Pics of how it Stands 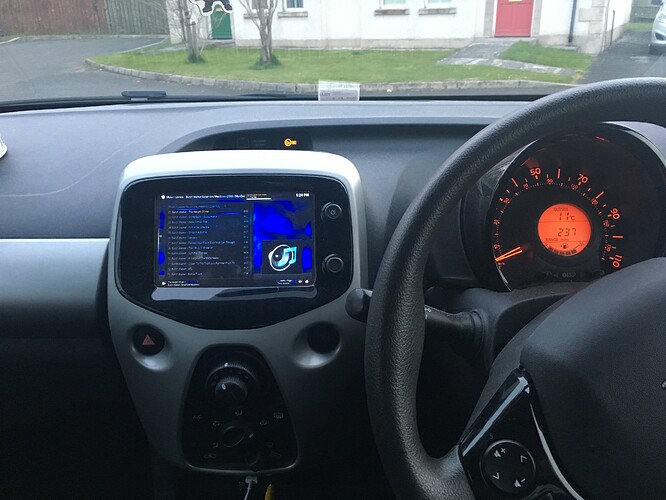 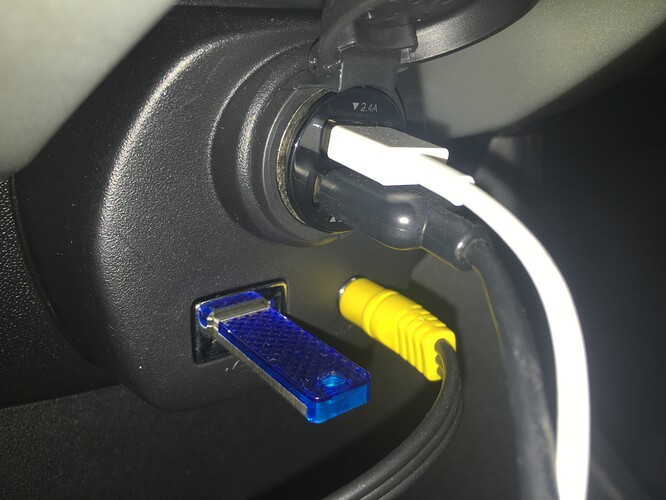 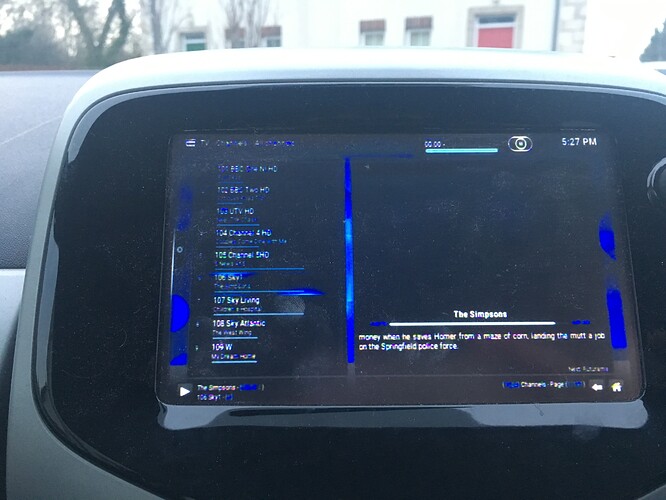 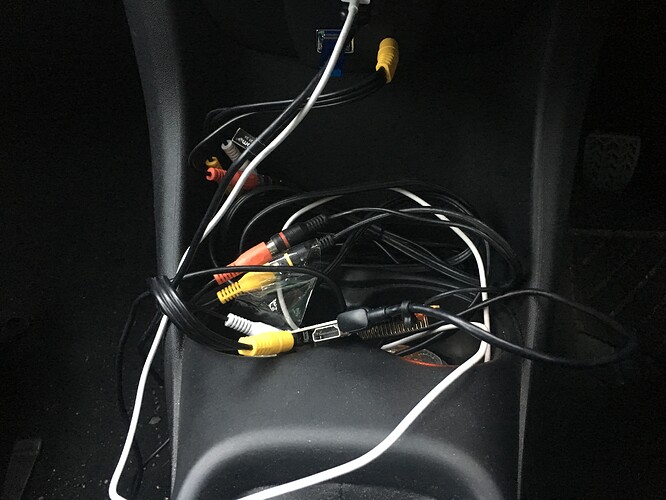 This is cool! Thanks for writing up about your project. I’ll make sure we show it off on Twitter and Facebook.

what are you using as an amp?

At The Moment just the analog out from the Pi, the Video port also takes the audio signal, if the quality is poor i may switch to a small DAC but id prefer not to, so far there is a little Fuzz ( i guess the Pi picks up some interferance somewere) if nothing is playing but sound while playing is fine

if the quality is poor i may switch to a small DAC but id prefer not to, so far there is a little Fuzz ( i guess the Pi picks up some interferance somewere) if nothing is playing but sound while playing is fine

There have been some improvements to Analogue Audio on Pi. Not quite ready for prime time, but check out: Analogue audio testing - Raspberry Pi Forums.

Thanks Sam! ill give this ago, got some more of my bits so its tidyed up now, planning on finishing it all off over the easter break so hopfuly have some nicer pics next week

Just found this UPS that may be of interest to others who read this thread. 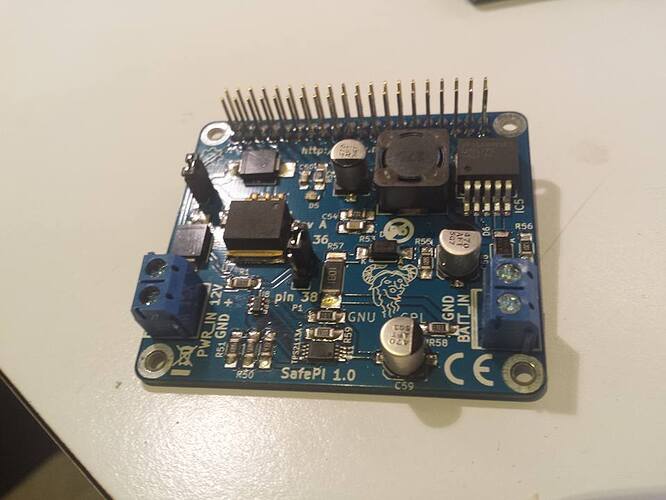 It notify the RPI on power fail on a configurable GpIO  recharge the batteries. voltage regulator, accept from 5V to 25V. Low battery drain  when off  optionally stackable  It uses 4x commonly available  AA...

I recently integrated OSMC on a Pi2 into my BMW X3, thanks to pibus.info. The video is running on the built-in display and I can control Kodi via the hardware keys on my dashboard. You need a bit of hardware to do it, but it is definitely worth it! (Note: only works on some BMW models) The pibus board also includes a DAC and the audio quality is super.

But why I’m replying is the following: Because most skins are too tiny for use in a car, I updated Mimic to be better visible: GitHub - timanrebel/skin.mimic.xs: Fork is adapted for the BMW (X3) on-board screen running Pibus

You can find some screenshots here: http://imgur.com/a/xphcX