On thing though is the logos. In all other solutions like openelec/xbian etc when you go into live-tv it shows the logo of the channel. In OSMC its only a padlock on almost all channels, just a few with logos that doesn’t have any encryption.

Is there a way to fix this.

Sounds more like a skin issue to me - are you using the OSMC skin ?

If so are the channel logos there if you switch to Confluence ?

Yes, it’s a skin issue, a visual thing. I will keep an eye on next version.

You didn’t say whether the icons were correct with Confluence. It would be helpful to know this because if this is the case we have a bug to fix in the OSMC skin.

Here is a screenshot from OSMC. In Confluence there are logos on every channel, not just the unencrypted ones. 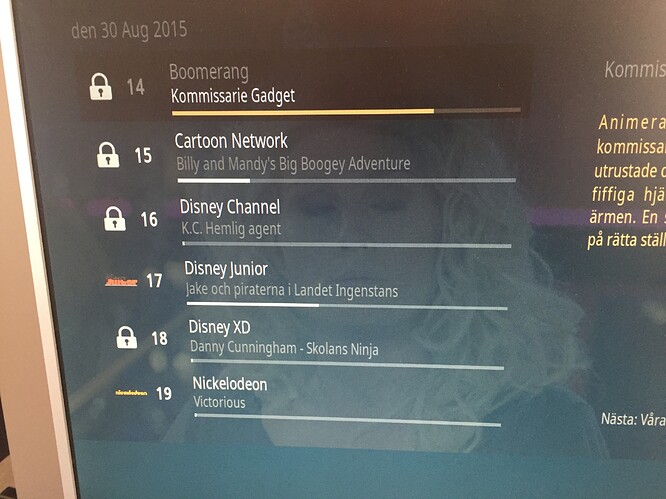 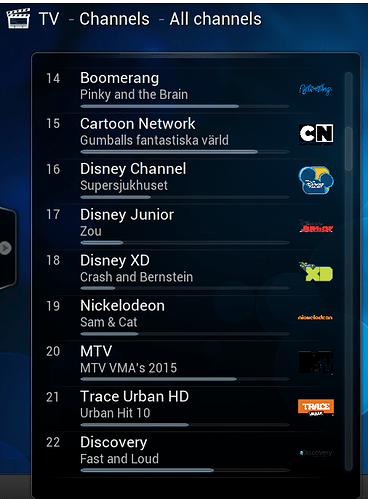 pretty much a skin issue

Bump!
As of right now, the skin is still not updated to remove the padlock icons

As of right now, the skin is still not updated to remove the padlock icons

Can you show 2017 Screenshots from Estuary and OSMC to show you problem?

Sure,
here are the screenshots. 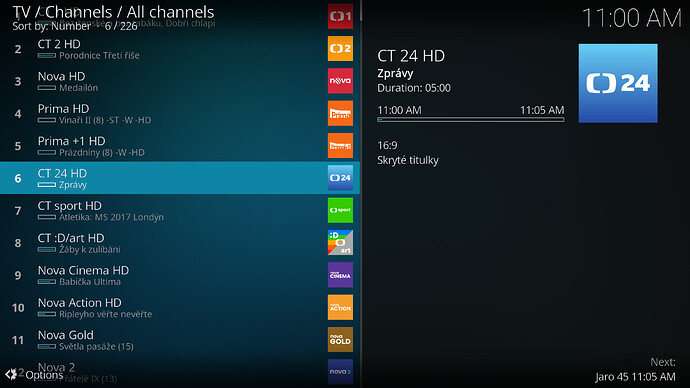 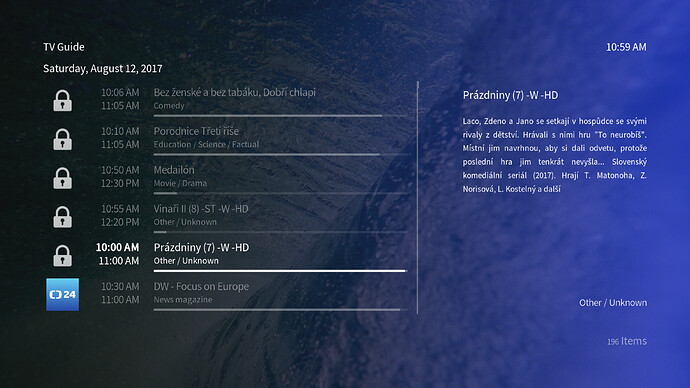 The only channel logo visible in OSMC skin is the Free-to-air channel.

The only channel logo visible in OSMC skin is the Free-to-air channel.

I don’t use tvheadend anymore so can not say whats wrong but I clearly know that it was working when I used it.
But maybe @BobCratchett can take a look when he has time

Yes, it’s a Tvheadend backend with DVB-S. Well the thing is, the skin is aware of that, so it’s more of a “bad feature” than a bug, I mean that it must have been intentionally written to show that padlock icon right? Even the original skin that this OSMC skin is based off (Conq) had the same functionality.

The widget on main menu is not affected though. 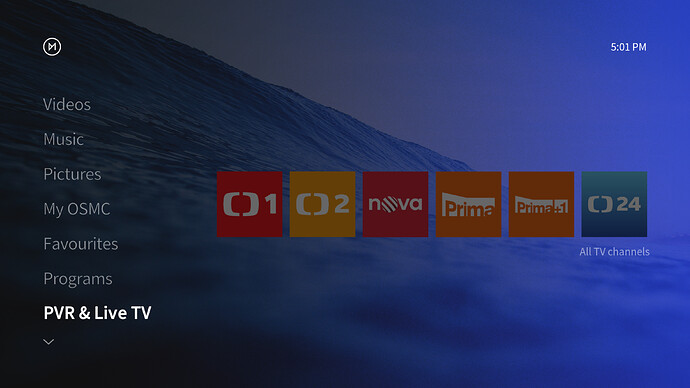 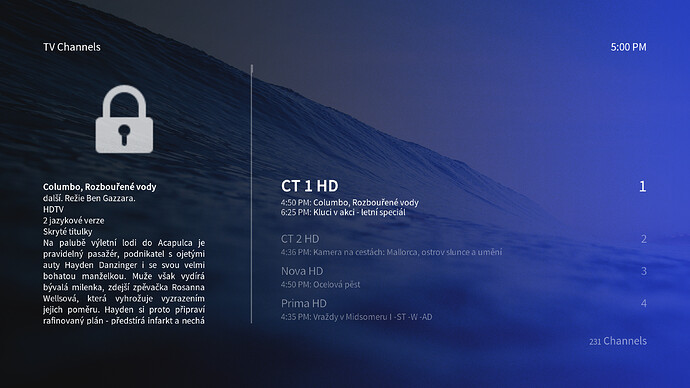 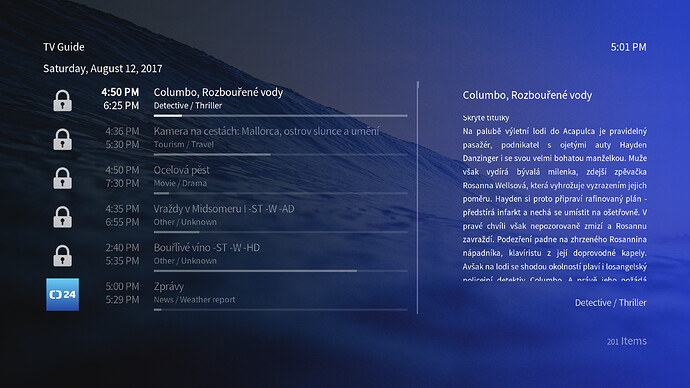 It well could be intentionally written that way but that is just a wild guess. I have mentioned the OSMC skin developer in my last post, let’s see when he finds time to take a look into it.

It’s not the end of the world, I just wanted to point it out when I stumbled across this

OK, had time to look into this, but not to fix it yet. Long story short, if the channel is encrypted (ListItem.IsEncrypted), we show the padlock image, if not we show the channel logo. As has been pointed out, the skin is a direct descendant of the Conq skin and this is something we’ve inherited from that - I’d take a guess that the original author didn’t expect encrypted channels to actually be playable via Kodi. If that’s not the case - and do please confirm - then I’ll add it to the to-do list to look at a better way to highlight encrypted channels than replacing the whole logo.

Well, If it was me, I would simply remove this feature and show the normal channel logos. Because the PVR backend takes care of this stuff. You are in charge of what channels you add or remove from list. If you don’t have a cable card for example and you’re watching only FTA, then you will not add channels you can’t watch to your channel list.

In my case for example, I have a satellite dish, decrypting card from my satellite provider and backend (Tvheadend) does all this stuff, Kodi is just a video player, it receives video stream, Kodi never handles decrypting, tuning, scanning, handling of tuners, thats why we use the Frontend-Backend scheme.

So from my point of view, I would just show the channel logos to all of the channels. That’s even default behavior in Estuary, Confluence - the default Kodi skins

and basically every other skin I tried except Conq

That’s my point of view

I had the same problem as the thread creator, so no fix is published yet, so I fixed it myself and now I would like to share my solution and would provide the fixed skin. I hope this is fine for the osmc team

The fix is very simple

Remove this line in the Variables.xml in the 16x9 folder.

This is the line:

The ZIP file for the skin is here: Download PATCHED OSMC SKIN by V4n1X

I hope I can help you all, the devs can hopefully implement this patch and publish it to all.

Although a long time ago, this has now been fixed… Since I’ve taken over development of the skin, I haven’t got aware of this request/issue, but @Donderstraaltje has made me aware of this on GitHub recently. See this commit for the fix which will be available with the next OSMC update: Add option to show lock icon for encrypted PVR channels