this isn’t exactly a problem or a bug, but rather more on getting clarification on how OSMC/Kodi operates with respect to audio passthrough.

For starters, my current settings, 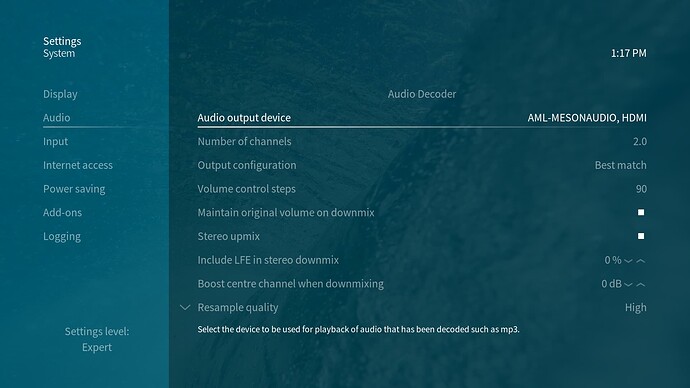 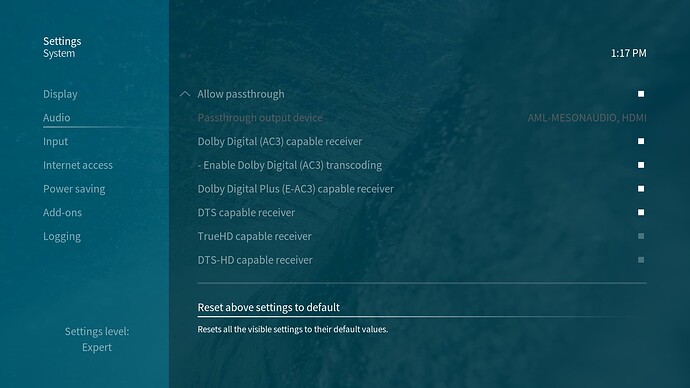 My current HDMI connection chain is,

This is necessary because the soundbar and Vero 4k+ has only 1 HDMI port, while the TV has 3. (Aux question: Will HDMI splitters help ?)

My question, and perhaps to gain a greater understanding of audio over HDMI, is if OSMC plays a 5.1 DD/DDP stream (with passthrough enabled), does all the 5.1 streams get sent to the TV (which accepts 6-channel AC3) even though the Number of Channels setting is 2.0 in Kodi ?

I’ve tried playing around with changing the Number of Channels to 2.1 and 5.1 but in many cases no sound emanates from the TV when this is selected. Am i stuck with 2.0 (with only two channels being sent), or does this setting not matter for passthru and Kodi will send through all 5.1 channels ?

Looking forward to someone helping out with my underestanding of these, and the best settings to get the most out of my setup.

Looking forward to someone helping out with my underestanding of these, and the best settings to get the most out of my setup.

Did you read this? Basically as your system only support 2channel PCM set it to 2 Channels, this will not impact your passthru.

This wiki article should cover all your general questions about how to connect up your OSMC device to get the best audio possible. There’s also a section with explanations of some of Kodi’s audio settings as well as information about the audio capabilities of our OSMC devices. Thank you, @grahamh, for your part of this wiki article! Supported devices OSMC supports a range of devices: All Raspberry Pis (except RPi4 at the time of writing) and our own Vero series (Vero 1, Vero 2, Vero 4K and…

Did you read this? Basically as your system only support 2channel PCM set it to 2 Channels, this will not impact your passthru.

This is what i wanted confirmation of. That even if Number of Channels = 2.0, in passthru formats (Dolby and DTS) all 5.1 channels are sent through.

The wiki article link you sent through helped, but wasnt clear how passthrough is affected by the Number of Channels setting.

Thanx a bunch, though !

It is clear on that. It’s stated across the whole article that the channel setting is affecting LPCM output. Passthrough is by definition untouched output of formats that can be transported bit by bit via HDMI. LPCM can be output with any channel configuration between 1.0 and 7.1 channels and is not a passthrough format.

I’m not sure why you’ve got stereo upmix turned on? That would only make sense if you are outputting more than 2 PCM channels and you want a stereo signal to be converted to surround sound before the signal reaches the TV. If everything is working as expected, this setting shouldn’t have any effect on passthrough audio; but I seem to recall another thread recently where it was causing problems… There certainly doesn’t seem to be anything to gain by turning it on in your case.

Other things worth checking:

Probably not with your current setup. Splitters are mostly commonly used when you have an AV amp or sound bar that is designed to be directly connected to the source, with the amp then relaying the video signal on to the TV. In cases where an older AV amp cannot pass through a 4K video signal to the TV, you can split the audio and video, so video goes direct to the TV and audio to the amp. But in your case the sound bar is designed to work using ARC, not to be driven directly by the source, so this isn’t useful.

You could, if you wanted to, drive the soundbar with S/PDIF rather than ARC, but there’s no obvious advantage to doing so (unless, as noted above, your TV has trouble outputting DTS over ARC - some do).

Your sound bar is not compatible with Dolby Digital Plus. Hopefully, if you send DD+ to the TV, then the TV will extract plain DD from DD+ and send that to the sound bar via ARC; but you might want to check that this actually works as expected. If it doesn’t, don’t pass through DD+.

A TV cannot, by definition of the E-AC3 standard, always do that, even if it was capable of doing so in some scenarios: Not all E-AC3 tracks are composed in a way that they either have an AC3 companion track or are built in a hybrid structure.

So: If you sound bar cannot process E-AC3, you should not enable E-AC3 passthrough.

Your sound bar does accept DTS, but I don’t know if your television is capable of outputting DTS via ARC. Again, that might be worth checking.

In the (non e-)ARC era, most TVs didn’t pass on any external audio via ARC in any format other than a 2.0 LPCM (down)mix. Only since eARC was introduced many TVs have started to actually passthrough audio properly that’s input via connected HDMI devices.

Definitely worth double checking this

In the (non e-)ARC era, most TVs didn’t pass on any external audio via ARC in any format other than a 2.0 LPCM (down)mix. Only since eARC was introduced many TVs have started to actually passthrough audio properly that’s input via connected HDMI devices.

There were a couple of intermediate stages. My 2016-vintage LG TV can output DD or DTS via ARC, but not DD+. The 2017 equivalent model can also output DD+ but is still not full-blown eARC. More modern TVs with proper eARC can output anything, including TrueHD and DTS-HD or DTS-X.

Definitely worth double checking this

First up, thanx for the explanation @angry.sardine . it sure helped a lot in making me understand how this works.

I’m not sure why you’ve got stereo upmix turned on? That would only make sense if you are outputting more than 2 PCM channels and you want a stereo signal to be converted to surround sound before the signal reaches the TV

I’ve had stereo upmix enabled for ages, and it’s not caused any problems. for IPTV news feeds with 2-channel AAC (ff-aac), kodi outputs 5.1 DD to the TV, which is then passed through to the soundbar. when it’s disabled, kodi outputs 2-channel PCM which then also gets sent to the soundbar as PCM. I;ll keep it enabled for the time being and monitor if there’s any issues later on. the audio does sound more “full bodied” with stereo upmix enabled, though.

The soundbar (Panasonic HTB490) accepts DD, DDP and DTS. I’ve tested passthrough using all formats the past few hours and they’re sent pass through by kodi, to the TV which then passes it through the HDMI ARC to the soundbar which accurately receives it as DD, DDP or DTS respectively.

The TV runs Android TV, and i had to enable S/PDIF passthrough in the TV settings to make this work correctly. that took a bit of trial and error fiddling. 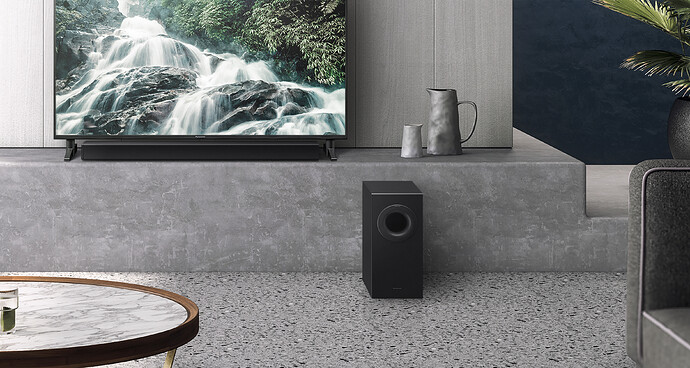 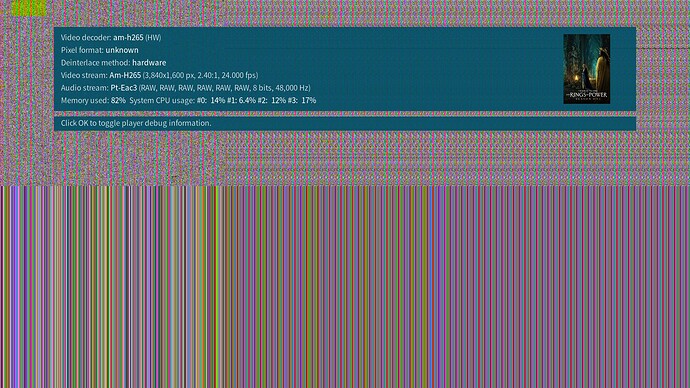 Source is DD+ 5.1 which kodi passes through. the HTB490 says it’s receiving Dolby Digital. there’s no way on it’s rudimentary two-LED interface to determine if this is AC3 or E-AC3. the combinations on the two LEDs only show if it’s Dolby Digital, DTS or PCM.

I’m guessing the spec uses loose terminology to include both DD and DD+.