I just plugged an Hauppage 950Q tuner into my Vero the other day and had OTA ATSC up and running through Kodi in no time. For me, that’s already one less remote to worry about.

I hadn’t thought of using a USB Ota tuner! What a splendid idea

Does live TV work just like it would from a TV tuner? Channels up or down, via numbers, or possibly even pulling up a TV guide! - all via CEC on the osmc box?

Really lovely - this opens up a bunch of other options

I don’t use CEC so I can’t comment on that, but the TV/EPG works as well as any set top box with PVR support that Iv’e used in the past. I’m using the osmc remote, so no direct number input that I can find, but I’ve only got a handful of local channels anyway.

The EPG content off the air was a little spotty for me, so I set up a zap2it.com account and xmltv yesterday which seems to be working better. [Obsolete] How to populate EPG data with zap2xml - #3 by wbeard52

OTA on Kodi is new for me, so I’m still on the learning curve myself, but just having all my media sources through one device is already a much better TV experience.

The picture quality is fantastic… and the TV interface is the BEST I have ever used.

While CEC works on the TCL 55P607… it does not appear to work with OSMC… and i do not know what further steps to test… or if I can provide any information to @sam_nazarko & friends to see if CEC can be made to work with this TCL line. As I despise having multiple remotes, no CEC is a deal breaker for me and the TV will need to be returned within the 30 day window.

I have tried every HDMI port, a combination of all 4 CEC types, and even starting the tv directly into the OSMC source.

Settings > System > Control other devices (CEC)/Search for CEC devices shows KODI regardless of what HDMI source I hook it up to.

I have tried every HDMI port, a combination of all 4 CEC types, and even starting the tv directly into the OSMC source.

Did you try other HDMI cables?

@fzinken I pulled off Vero with HDMI from Samsung TV, tried on tcl, moved to Sony at work. Only TV of the 3 that the cec didn’t function was the tcl (same PSU and HDMI cable)…
…
If we can get cec working, that would be lovely… Have 30 days to figure it out

Hi Chris – how are you keeping?

Have 30 days to figure it out 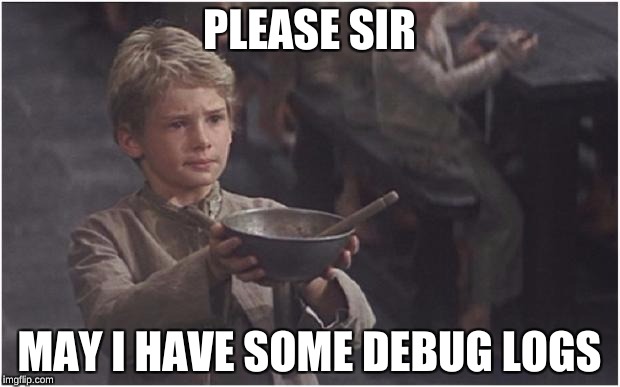 Logs might give us some clues.
See Vero2 CEC error message - #6 by sam_nazarko. May help, but more info is needed.

Good day Sam! Long vision projects still coming along nicely?
I’m fairing rather well – my wife may say I’ve begun aging – as if in a salami gaining a delightful zing or tainting is yet to be decided.

Swapped to the TCL 55P607 (only change is adding a usb wired keyboard). After all CEC functions tried with no reaction, used keyboard to upload log
https://paste.osmc.tv/sosokobive

Change device_type from 4 to 1 in /usr/share/kodi/system/peripherals.xml
No joy on cec after rebooting, unplugging all, refreshing cec on set, etc, so set it back to 4

…
Side note, work just picked up a TCL 55p607 so I have access to both it and the Sony. Even if we are out of luck, and I must return MY TCL, I can still do testing at the office if desired.

I’m not sure what CEC functions you expect to be provided by the TCL. The manual seems to indicate only very limited support. When you search for CEC devices in the TV settings, is the Vero even discovered there?

I’m fairing rather well – my wife may say I’ve begun aging – as if in a salami gaining a delightful zing or tainting is yet to be decided.

Oh dear. The jokes will come next.

When you search for CEC devices in the TV settings, is the Vero even discovered there?

This is the first step indeed.
Stopping Kodi with sudo systemctl stop mediacenter and running cec-client may also provide some clues.

Oh dear. The jokes will come next.

leave a bad taste or something

When you search for CEC devices in the TV settings, is the Vero even discovered there?

The manual seems to indicate only very limited support.

That is my fear… that the manual is actually reporting correctly. Rare breed would that be… but plausible i suppose.

thanks for taking a peek folks

That is my fear… that the manual is actually reporting correctly. Rare breed would that be… but plausible i suppose.

I did warn you that my TCL had limited CEC support

I think it’s easier to list problematic sets than all sets, if that makes sense

With CEC enabled, HDMI devices do turn off when the TV is turned off, but the TV’s remote can’t be used to navigate the menu of our PlayStation 3 or Samsung UHD Blu-ray player, which is possible on many other TVs with CEC.

Ahh bummer. Back in the crate

TV’s remote can’t be used to navigate the menu of our PlayStation 3 or Samsung UHD Blu-ray player, which is possible on many other TVs with CEC.

Agreed. Certainly advertising as having CEC when only implementing audio ARC and power state seams… Very odd. Given how excellent the TV OS is, and how responsive the apps are, I cannot imagine the unit is lacking sufficient umph to use a decades old standard… And given that it can send power state info I have trouble understanding why a choice to send controls is lacking.
.
Tested Vizio M 2017 in store, and the app loading was very slow. Vizio P 2016 said i needed to pair a phone to load apps. No D series was hooked up to try. From what I’m reading, all but the D used chrome cast via an external phone or tablet only until recently… And 2017+ launch apps via chrome cast from a local host emulator… Odd choice.
.
Played with 9000 Samsung - what a perfectly minimal remote, quick app screen, but strangely had adverts on the screen.
.
Played with a Sony 900e, but app screen reminds me of Amazon Fire interface which is Horrid. The perc is that it has not only optical, but stereo RCA out so no need for me to rerun any cables compared to existing setup. Remote feels super cheap.
.
Finally played with an LG OLED. Wow, perfect picture, perfect fast app ribbon layout… Bloody expensive… And remote is a bit overblown.
.
.
Hopefully the next gen release of kodi’s Amazon prime and Netflix will be good enough to use the TV as a dumb screen