Minor cosmetic issue, here. Might well be a Kodi problem, but might also be an OSMC skin issue. (So, paging @Chillbo …).

This is the menu you get into if you bring up the UI during playback and then go into the mode switch menu (right hand icon). I’m playing a 480i video, here, so output is 480p. This is on a Pi 3B+ with latest OSMC software. 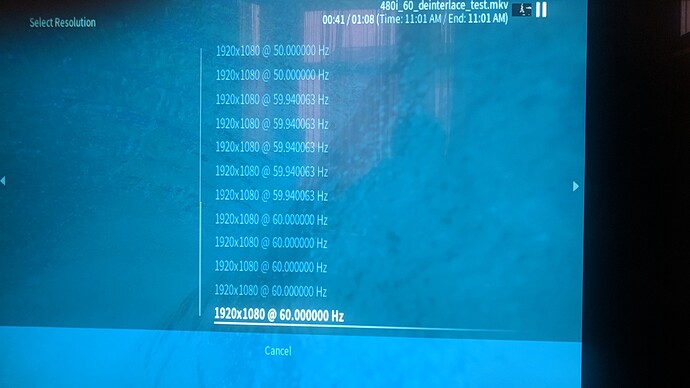 This is not a skin issue - skins are only showing what Kodi hands them here. But we’ll discuss in our team what could maybe be done. Is it the same using your Vero?

Is it the same using your Vero? 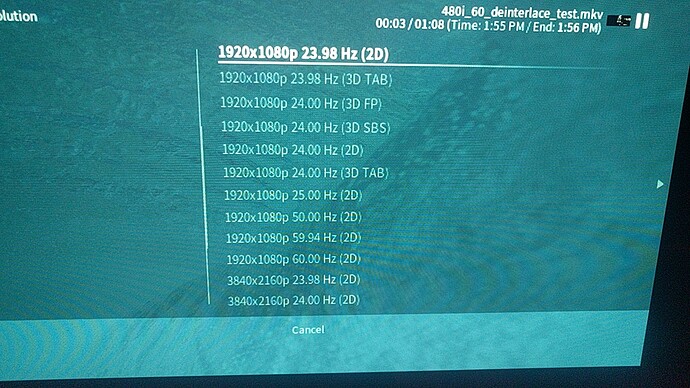 I don’t have all of the same modes whitelisted, but you can see that the frequency is specified to two decimal places and it mentions whether it’s 2D or 3D.

We have adjusted it on Vero then, but not on Pi. No idea whether there are plans to adjust it on Pi though.

There aren’t plans to adjust it for Pi.

It might make sense to upstream some of the Vero changes in the future.