I’m disappointed that OSMC has a default password. I wish that OSMC would instead generate a random password when the user enables ssh. The password could be quite easy to use (i.e., type on another device without transcribing the password character for character) by using a diceware generator.

As a user with systems not exposed to the internet at large (and no helpful children), I don’t even need a password, and am quite happy to have an easily remembered simple password.
Derek

I’m not sure what children (helpful or otherwise) have to do with this.

My request is based on my preference that machines are secure by default. There are many reports of attackers taking advantage of default passwords. I realize that this feature request represents a tiny amount of inconvenience to a few users, but I think this far outweighs the potential cost.

BTW, here are a few passwords generated by a diceware password generator:

Those aren’t terribly hard to remember, I think. And, my request isn’t about forcing a particular password on a user, it’s just about the initial password.

By default your device is likely to only going to be accessible on your internal LAN and not accessible to anyone not already on your local network. If you don’t trust the people on your network enough to not compromise your device within the short period of time it takes to change the password (or disable SSH) then you have other issues.

I don’t really get how your password generation would work. If it’s just picking passwords from an existing precompiled list then that would surely be another way to gain access to others devices (as we’d all know what is in the list). Yes it’d take longer to guess than the default ‘easy’ password but some people would then assume they are secure and not change the password to at all. I’d much rather make it obvious that the default password is an ‘easy’ password so that should you need to secure your system more (I.e. You were exposing SSH to the WAN) then it’d be obvious that you need to change the password to something unique. Giving a false sense of security can be somewhat harmful.

How would this initial password be communicated to you?

You are arguing for weak security. Perhaps you don’t care who sees your dick pics. I think the world has enough crappy products, and the FOSS world should set a good example. In particular, I think that we should add security measures wherever they don’t inconvenience the user, which I don’t think my proposal does. (P.S. check out this article I read yesterday about the security of “security” cameras: https://www.reddit.com/r/privacy/comments/4ortwb/i_bought_and_returned_a_set_of_wifi_connected/ )

You can read about diceware here:

In short, there is a list of, say, 1024 simple words. To generate a password, we draw N random numbers from a uniform distribution and use them to index our word list. Assuming that N is 3, this gives us three words. Since each word contains 10 bits of entropy (log2(1024)=10), the resulting password has 30 bits of entropy, which isn’t great, but isn’t terrible either for a low security device. Assuming 10 password attempts per second, it would take 1.5 years to brute force such a password. (This assumes that the attacker knows the word list. The password contains more entropy if the attacker doesn’t know the word list.)

As for communicating the password, this is trivially done when the user enables ssh. Disabling and reenabling ssh via the GUI could just create a new password.

I’m disappointed that OSMC has a default password. I wish that OSMC would instead generate a random password when the user enables ssh.

I’m assuming you’re also disappointed that nearly every wifi router on the planet is sold with a well known default username and password, such as ‘admin’ and ‘password’ ?

I hope you’re contacting them too.

The underlying issue is that there is currently a window for an attack between enabling ssh and logging in and changing the password.

You’re aware that changing the ssh password or disabling ssh is one of the choices given to you through the user interface during the initial boot of the system ? It’s right there on the screen, you don’t need to log in with ssh to change the ssh password.

But seriously, who is going to try to hack into your device that is connected on your private LAN in the couple of minutes that you are going through the walkthrough ? If you have connected your device such that it has a publicly addressable IP address or has ssh port forwarded through (both strongly discouraged) then silly you.

My request is based on my preference that machines are secure by default.

BTW, here are a few passwords generated by a diceware password generator:

You can’t be serious can you ? Have you ever heard of dictionary attacks ?

You are arguing for weak security. Perhaps you don’t care who sees your dick pics.

Not really any need for this is there ?

I think the world has enough crappy products, and the FOSS world should set a good example. In particular, I think that we should add security measures wherever they don’t inconvenience the user, which I don’t think my proposal does.

Except it does inconvenience users, the first time they run into a problem that either causes no picture on their screen or requires a command line to troubleshoot or fix (for example kodi stuck in a sad face loop) - then they are stuck without being able to use ssh.

By the way, this debate has already been beaten to death here:

Hi, Installed OSMC on a raspberry pi2 last week. Impressed, but found that sshd… was enabled by default and with a default password (see https://osmc.tv/help/wiki/login). This is a security issue. I would recommend: - disabling sshd by default. - forcing the user to set a password on first boot. - both of the above. I installed via raw image. I don't know if one of the other installation types including a password reset. Thanks

We have already added a page to the initial walkthrough that advises the user of the presence of an ssh server and gives them the chance to turn it off or change the password.

As users should not be putting their mediacenter devices on publicly accessible IP addresses or port forwarding to ssh without changing the password, we feel that this is the right balance between security and convenience to the user, so we are not planning to have ssh be off by default or using a random password.

Thanks for pointing me to the github issue, I hadn’t seen it. (In fact, I hadn’t found the issue tracker yet.)

As for dictionary attacks: it is possible to measure the security of diceware-generated passwords. The examples that I posted have 30 bits of entropy, which is a fair amount and should provide reasonable protection for protecting against network-based brute force attacks. Most human generated passwords (even those with multiple character classes, etc.) have much less.

I’m sorry that this one issue can cause you such disappointment.

I myself would not be disappointed either way, however it would have caused me endless frustration helping friends and family set this up over the phone if there was not the same password to tell them in each instance.

All of the people I know using OSMC do not have it exposed to the internet at large, as they have no idea how to do so. I would argue that those that do know how to would also know the inherent risks and take appropriate precautions. I personally do have ports forwarded for ssh, but not standard ports and I use keys rather than a password.

You are arguing for weak security. Perhaps you don’t care who sees your dick pics.

Not really any need for this is there ?

Just my 2 cents worth

Have a great day

I totaly agree with @neal, it is always a good idea to make a system as secure as possible by default (this is much more true since snowden!). And yes, surely it is a potential security problem to leave a system even for just a few minutes accessible via SSH with a default password. Imagine automated bots already sitting on your windows machine in the same LAN, scanning for hosts they can compromise.

So another idea: A user can choose to change the default password at the installer. So the password is changed before the system is accessible. You can even implement a random password generator there, which makes it harder for keyloggers to grab the password.

This will also be a statement regarding security by the osmc team - maybe use it for marketing. I am pretty sure there are many people out there, who will at least try your system, if they see that you take care of security (and the competitors dont).

I don’t think people are normally voluntarily exposing their device. But the reality is that most consumer routers are either already hacked or have a vulnerability. See, for instance, this article:

Devices made by D-Link, Micronet, Tenda, and TP-Link hijacked in ongoing attack.

Regarding the dick pics, I don’t mean to be rude, I was just quoting the John Oliver/Snowden interview, which I assumed (perhaps incorrectly) that most people are familiar with.

I have not seen said interview, I personally have found a lot of the media here in Australia has degraded into sensationalist tabloid B.S. and have sadly lost interest

. But I take your word that you were merely quoting and retract my quip at your expense, with my apologies (perhaps use quotation marks?)

@hannes2323 change password at installer is a great solution, there is already an option to configure network here, so why not password. All a question of time and resources though.

FWIW, here’s a link to the interview in question: 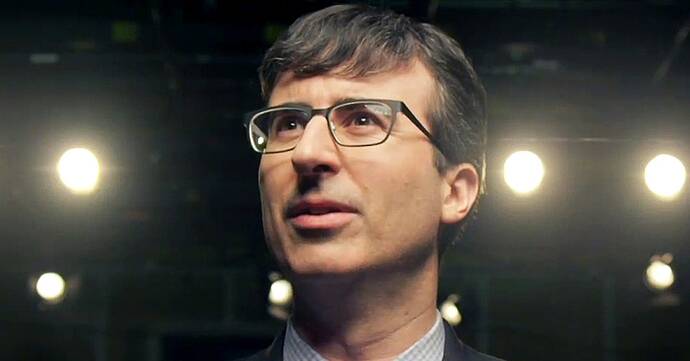 "The good news is, there is no [government] program named The Dick Pic Program," said Edward Snowden. "The bad news is they are still collecting everybody's information, including your dick pics."

while I didn’t really enjoy the presenter’s style, the interview was intriguing. Seemed to deal more with surveillance and intercepting data transmissions than actively accessing individual servers though.

Enabling SSH by default and having a default username and password is a horrible idea. As far as convenience, the exploit that will be launched against such a simple attack surface will dramatically inconvenience users. This is as irresponsible as having default router passwords which have been used extensively in IOT attacks over the last few years. This is in fact a known risk that is more than a decade old, should not be ignored. See: https://www.sans.edu/cyber-research/security-laboratory/article/default-psswd

All the explanations for why this is not a serious threat do not reduce the reality of the threat, which is not very difficult to fix.

Have you ever installed OSMC? Did you use the forum search or read the update notes from the OSMC blog to confirm that changes haven’t been made. It’s pretty obvious you did none of this and resurrecting a year old post to preach from your self perceived moral high horse is pretty poor trolling.

Yep, I installed OSMC (new Vero 4K, received last week), and the SSH is enabled by default and the default username and password is the same as before. Not sure why you would doubt this.

The SSH is configurable on the first screen. There is also a warning about this when setting up your device.

There’s been quite a lot of discussion about this and it was agreed that the current approach is the best one going forward.

Having a random generated username and password will not work well – almost all of our user base will forget these credentials.