I don’t know if the solution to my problem is completely obvious, or if it simply won’t work.
I thought I would just ask here if there is a suitable answer for the question. Furthermore it is probably more a KODI than an OSMC topic

I have saved some of my older series DVDs as .iso files. The DVDs contain some separate smaller video pieces like bloopers.
This together with the menu navigation, which really feels retro, makes me want to keep the format.

But now the DVDs are not shown in the library. That’s quite logical, because they can be assigned to the series, but they don’t contain only one episode.

Is there a possibility to display them in the media library?
I imagined it as if I could select the series, then the season and then a disc.
I don’t like the idea of going through the file selection process to select the series.

How to scrape iso file containing multiple tv episodes?
How do I scrape this DVD formatted TV series?
darwindesign 23 March 2020 16:58 #2

If you have a file with more than one episode you can name it as such and Kodi will pick it up.
https://kodi.wiki/view/Naming_video_files/TV_shows#Multi-Episodes

Sometimes im just to stupid to find what i am searching for.
Thank you! it works perfectly

Sometimes im just to stupid to find what i am searching for.
Thank you! it works perfectly

Maybe change the title of the thread by multi episodes .iso files

Changed the title, thanks

Now only one problem remains for me, for which I currently cannot find a solution.
Star Trek - Deep Space Nine. Season 1 has a disc 6, which contains only specials. I could not find them in the Movie DB.
Since there are no episodes on the disc, and I couldn’t find any specials in the Movie DB (not even under episode 0) I can’t figure out how to get them “scraped”.
With the existing naming scheme I don’t have a suitable title

You need to try googling the series season disk kodi. You’re unlikely the first to run across this issue and I’m quite sure you’ll find some solution there. 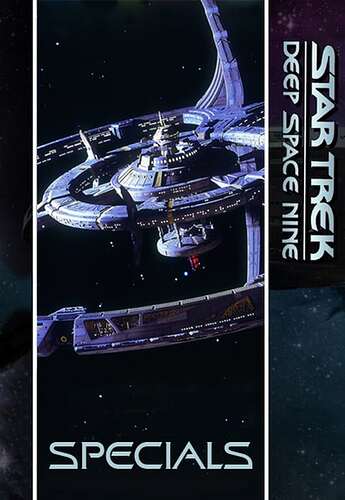 Get more information about Specials on TMDB.

so you would need to figure out which ones line up and name it something like s00e01e03e12 to get what you want. There are some shows that tmdb has missing info for (such as Alien Nation 1989) and to deal with that you can either add it yourself, use the tvdb scraper for that show instead, or generate full nfo files that are correct probably using something like tinymm.