We have a 4k HDR TV and a 1080p SDR projector and tend to watch content appropriate for the max resolution of the screen we are using. I’ve recently seen that the Vero can tone map from HDR to SDR so was interested to get a bit more detail on how to enable it.

I have tried playing HDR on my projector and the end result was a flat and dull picture so something isn’t working correctly.

Are the notes in Sam’s post here still valid and the only way to access the feature at present?

I’ve looked over my notes and a couple of thoughts: We need to decouple colourspace from bit-depth in the future. In the interim: We could look at putting Vero 4K in 10-bit output from Kodi. The advantage is also that users get a GUI option to control this behaviour. A mode like ‘Auto’ could evaluate hints from the video and set the sysfs parameter only when it makes sense to do so; switching back when playback stops. Patch hdmitx_set_avi_colorimetry(struct hdmi_format_para *para) for AV Info…

If so is there any documentation that tells you what the LUTs 1 - 4 are doing in terms of mapping? And how do we disable it, or is this not necessary, and mapping will only be applied when the player is outputting to an SDR screen?

I also note that some future improvements are planned:

We didn’t get around to that this month. It’s next on the list.

Possibly too early to comment on, will this be improvements to the methodology i.e the link above or to the accessibility of the options (or both)?

We’re going to check what AML currently do to see if it’s a sensible compromise. Then look at what user-controls can be added.

Thanks for opening a thread about this. Eagerly awaiting the next update to see some improvements on this. Bought a HDR TV but the Beamer is and will be for quite some time plain SDR 1080p. 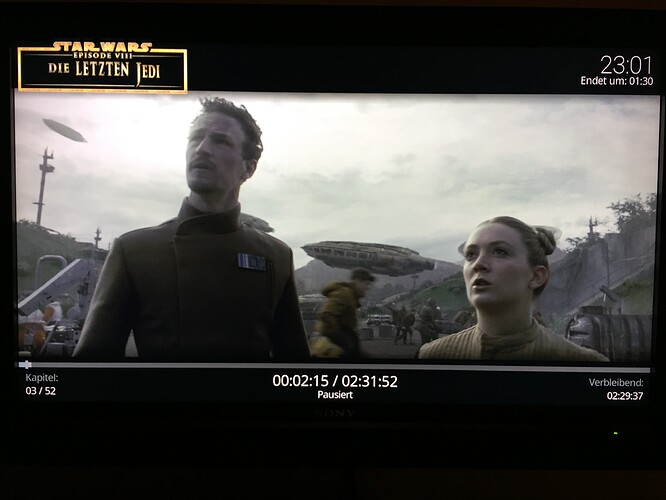 And on the new HDR TV for comparison?

I will post something here when it arrives and i set it up.

Just took a few paused screenshots of 4K playback via a 1080 system, using the ssh terminal command, and resulting images are all badly corrupted. Kodi-grabbed images from 1080 source material are ok. Looks like the screengrab feature does not work reliably when the source is downscaled?

Possibly. I remember some issues there before. Will re-visit.

When did you last test this? We’ve resolved some issues with HDR content being too dark.

I’m on the “Video improvements” thread hotfix of the October update (had no picture @ 4k with the unpatched October update). Though I guess that it’s not the Vero’s fault, projectors just struggle a lot more with HDR content than TVs. But I have neither a 4k HDR TV nor another player to test with.

Could you give us some more information, please? The ‘hotfix’ is a windback to the August release which is not sustainable as a long-term solution. Can you post some debug logs in that thread?

@sam_nazarko I thought the Coco problem was fixed in August already. If not, that would be the solution.

@sam_nazarko I thought the Coco problem was fixed in August already. If not, that would be the solution.

That has indeed been fixed (adjusted luminance)

Ah, okay, my mistake. I thought the hotfix was just a patch for 4k, but not a general rollback. So I should update to October again and then install the staging updates via APT from the other thread?

No it’s confusing! There was an improvement to HDR rendering in the October update, but also some other stuff which caused regressions for some people. The hotfix puts them back on the August kernel while we sort that out.

If you upgrade from staging now you will get an updated October kernel which should solve your dark rendering issue and may solve your lack of a 4k picture. If it doesn’t do both, please post logs. (but preferably in the [TESTING] Video Improvements thread).

Will there be user controls when these improvements are rolled out?
I ask because my original Vero 4K is playing 4K HDR content just fine on the 1080P TV its connected to without the problems others are reporting, it would be unfortunate if fixes for those with problems break things for those without them.

P.S. I know the problems people are reporting, my 2nd gen Fire TV box connected to the same TV plays the same videos via Kodi but the picture is badly washed out and muddy, whereas they are as good on the Vero as 720P and 1080P videos.

P.S. I know the problems people are reporting, my 2nd gen Fire TV box connected to the same TV plays the same videos via Kodi but the picture is badly washed out and muddy, whereas they are as good on the Vero as 720P and 1080P videos.

Fair point. For me, it’s the contrast curve that is incorrect, the colours are pretty good. I have compared 4K vs blu ray for titles released from the same master (eg Bladerunner 2049), and the SDR conversion is consistently off in terms of contrast, the “white point” is pretty much grey.