first and foremost, thanks for bringing Jarvis final to OSMC in such a timely fashion.

Update as such went smoothly, the only thing that’s partially not working anymore is CEC. I say partially because it only seems to affect the lower part of the remote minus the REC button. Check attached pic 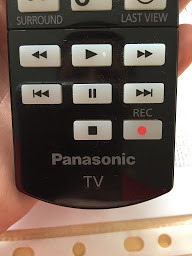 The setup is: Panasonic TV hooked hooked to a Denon AVR via ARC HDMI Port and the RPI2 in turn hooked to the AVR via HDMI. Now, I have to admit, that even in pre Jarvis there were situations, where I had to restart either mediacenter or power cycle the TV in order for CEC to work properly. I can live with this workaround. It was pointed out numerous times that libcec is a fickle bitch, so there’s that.

The point is, after the February update this workaround isn’t fixing the problem anymore. I enabled debug logging and component specific logging for libcec: http://paste.osmc.io/ozuwucisud.

If there’s anything I can do to help, let me know.

We have not changed libCEC in this release

First thing I would do is debug which key presses Kodi is seeing. To do this enable debug mode in Settings, then log in with SSH and do:

Now try pressing buttons and see what button codes are reported in the log - if any.

I did exactly that prior to filing the issue. Nothing pops up sadly. I’ll double check though…

Confirming that unfortunately no button press is recorded…

Thanks, that did it. So did leaving the Denon out of the loop…

Sorry for bothering you with this!

Are you guys aware that the Denons or the Panasonics or the combo is known to be particularly tricky when it comes to CEC?