I’m a complete n00b to both OSMC and Raspberry Pi, and I’ve been experiencing playback trouble. I’m streaming from an FTP server and trying to get forced subtitles to work, but so far I’ve had no luck. 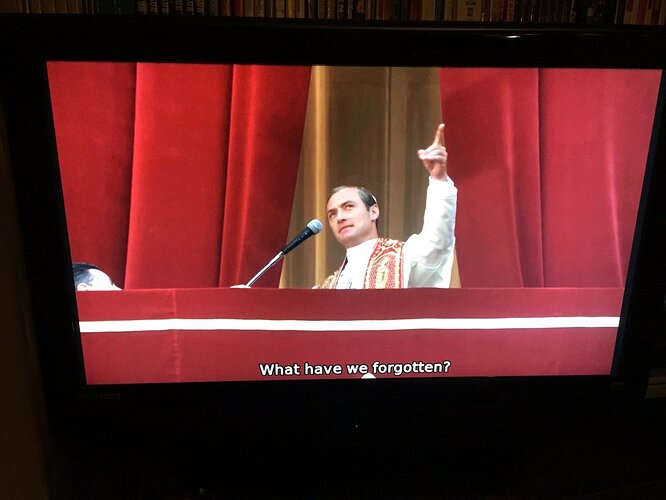 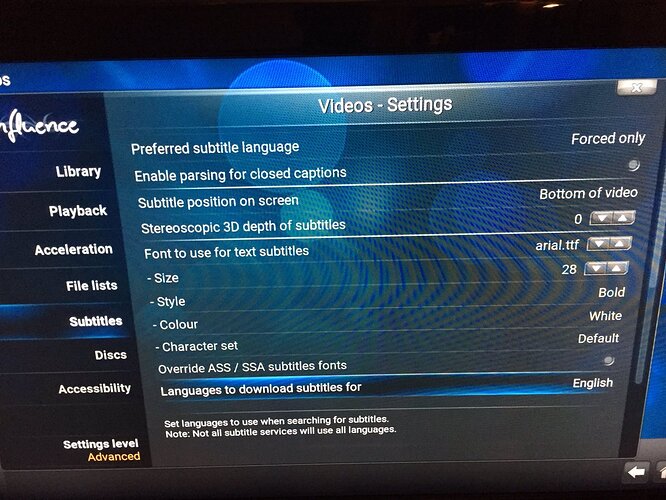 I have the subtitles for TV and Movies both set up as Opensubtitles.org, and I had installed an auto-subtitles add on, but it hasn’t worked. I’m not sure what I’m doing wrong, but ideally I’d like forced subs to be downloaded and run automatically, but I can’t figure out how to do it. Any help would be greatly appreciated!

This is a Kodi specific issue that you should address there. OSMC has no bearing on your problem.

I think so yes, but after discussing this with the original poster on Twitter, they think there may be an issue with OSMC’s distribution of Kodi specifically.

My understanding is OpenSubtitles isn’t meant to work automatically; and selecting the above options only informs Kodi of which subtitle language is wanted, rather than promising to automatically download them.

I installed the add on for downloading automatically which worked (I set it up to prompt for subtitles when opening files, but could have set it to automatically download them) but the forced subs are not working.

As per the screenshot of my settings, my language is English and I’ve set it to Forced subs, but it is showing all of them. I presume that Opensubtitles will have their subs flagged correctly with the English and non-English portions, so there must be a problem on the OSMC/Kodi.

I asked here as I was wondering if any other OSMC users had experienced similar problems. If I have to ask on the Kodi forums, do you happen to know where specifically? I’m new to all this, and don’t want to bombard with questions in the wrong place.

Thank you for this, but it’s not an add-on specifically, it’s in the build of Kodi/OSMC. Regardless of the automatic-capability, forced subs don’t appear to be working.

Do you know what “forced” subs are? This does not mean force download, forced subs are the subs that appearwhen a foreign language is spoken in a movie.

As by evidenced by the subforum, many subtitle related issues are addressed there, not just specific to a particular addon.

In Kodi v13 “Gotham” the normal subtitles add-on has been replaced by a
new system of subtitle service add-ons.

seems a pretty clear indication that Kodi now offloads acquisition of subtitles to the downloader addons. So I pose that if you are not seeing automatic downloading of subtitles after configuring the downloader to do so, then this is a Kodi issue. Unless of course you don’t see the same behavior when attempting to replicate in another distro such as LibreElec.

Yes, I do know what “forced” subtitles are - did you look at the images I included?

I showed an English language show which has some foreign sections, and the subs were being displayed for an English section.

I’m more concerned about the forced subs not working, to be honest.

I’m more concerned about the forced subs not working, to be honest.

And I’m trying to assist you. Unless it can be shown that Kodi on some other distro/platform using the same configuration you have used in OSMC, works properly, then this is most likely a Kodi/subtitle addon issue, unless it’s an issue with the subs themselves.
I’ve tinkered (no extensive investigation) with the forced subs for non-english parts myself before and came to the conclusion that actually finding appropriately flagged subs was the biggest issue.

So the issue is that full subtitles are downloaded rather than forced subtitles? If that is the case then it’s most likely a naming issue with the subtitle provider.

I know you’re trying to help, and I appreciate it.

So in your experience, what is the best source for properly flagged subs?

I don’t have an answer for that, I gave up, lol.

Not the answer I was looking for lol