When accessing the repeat/random controls via the music playback gui, it seems as though regular and random play are reversed. If I click on the toggle and the icon is two straight parallel arrows it engages random play while the crossing arrows engage linear play. This would seem to be backwards given that the linear arrow icon would indicate linear playback.

Is this a bug or am I just missing something. Thanks.

Is this a bug or am I just missing something

The icon is displaying the current mode, not indicating the mode that it will switch to if you click on it.

Right, but that’s not happening. Right now the icon indicates linear play (two parallel arrows), but it is clearly playing random songs. Example I started an album on the first track and the next track up was track 10, not 2.

I see now that the OSMC skin has this icon different than Estuary. I assume this is the skin you’re using? This would be something for @Chillbo to respond to.

It looks absolutely right to me…

Next track is the second one and the icon shows normal playback: 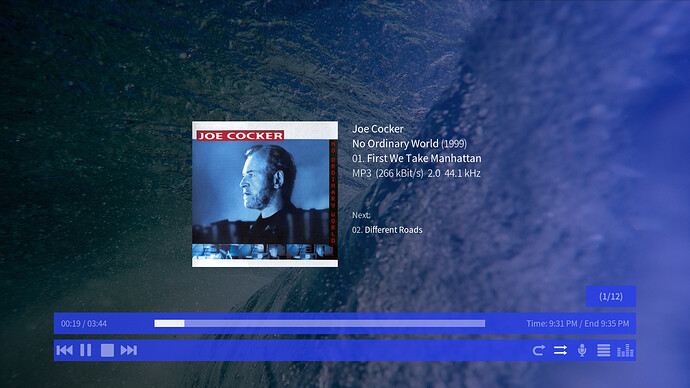 Next track is some other than the second track and the icon shows random playback: 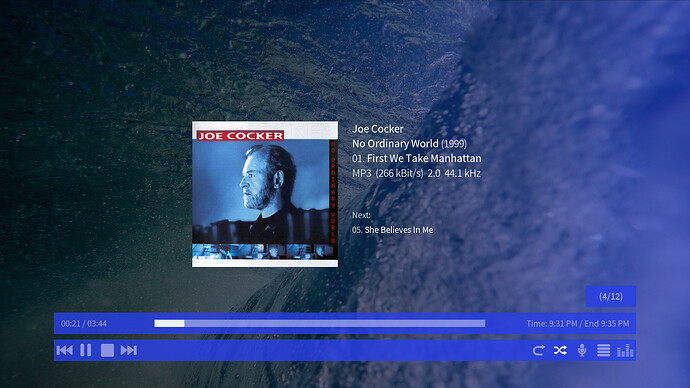 @Chillbo, after seeing your OSMC clearly working I dug a little deeper and figured out the issue. If you set random mode from a Kodi remote app (via phone) it doesn’t toggle the button in the gui only the underlying function. I had random set from my Kodi remote app and as a result it was causing the gui to have a reversed function. Bizarre, but at least I have the answer.

Thank you all so much for your help figuring this out.

That’s odd. Does this also happen via the web interface?

I just tried the web interface. Toggling linear/random does not change the gui, but does change the function just like the Kodi remote app. However, cycling the repeat function changes the function and the gui changes to indicate this.

It should toggle the GUI button texture as well as it reacts to the same underlying control.

Will have a look into what could be the issue here.

I’ve now adjusted the radom control button to behave the same way the repeat button does while using a remote control app. This will be available with the next OSMC update.

@Chillbo Wow. Thank you! Much appreciated.