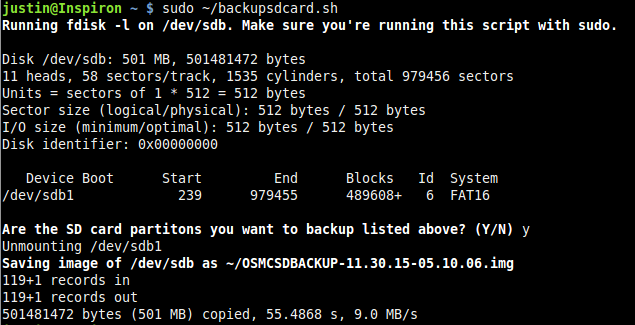 I haven’t been backing up my SD card nearly as often as is wise so I wanted to spend a little time now to make it easier to do in the future.

I’ve written a simple bash script to automate the process and make it a bit safer.

This script must be run from another computer with your OSMC SD card plugged in via card reader. You can’t run this from your OSMC installation on the Pi.

Update: Borrowed some code from @Toast to make the script more flexible. Thanks Toast!

I am not 100% sure what are you trying to achieve as I don’t know your exact setup. But do I understand it correctly that you want to make a image of your SD Card while being logged in OSMC via SSH?

No. This script has to be run from a separate computer with your OSMC SD card in a card reader. I was just about to make note of that in my post.

Ok, than it makes more sense.
Are you sure that the wildcard in the unmount command works? I have my doubts about that.

Well I’ve tested it and it works, so it has that going for it. If you can suggest a more elegant way, I’ll happily switch.

So either your partition (sdb1) was not mounted anyhow or the script success without unmounting.

So either your partition (sdb1) was not mounted anyhow or the script success without unmounting.

I just did some testing and it turns out ? works without throwing the error. Updating script.

I’m still at the toddler stage of scripting. Thanks for the help, guys. 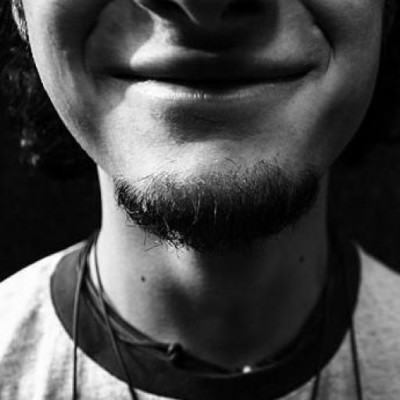 Install Arch Linux on Cubieboard. Contribute to edwardoid/cubieboard-arch-installer development by creating an account on GitHub.

Thanks @Toast. I’ll have some fun playing with that.

glad to see my older work come to use