When visiting the site of the Graphic Designer of OSMC (http://www.simonbrunton.com/portfolio/osmc/)
I noticed this render: 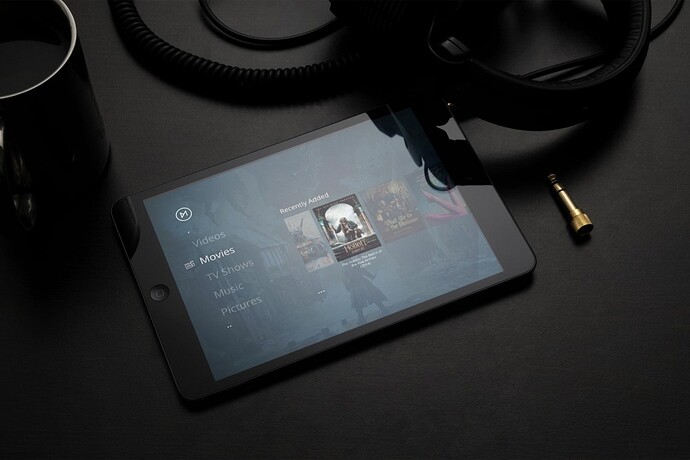 I haven’t seen any mention of this around the forums. Is there actually an OSMC app sort-a-thing for iPad?

OSMC is an operating system, not an app.

It’s technically possible to install the OSMC skin on Kodi on other platforms though.

Did some minor research and it indeed seems that Kodi is installable on iOS, however the device needs to be jailbroken. Will look into this when the next jailbreak comes out!

Not really correct. Kodi can be side loaded on any iOS device, no need to jailbroken. I’m not sure of the current iOS-version compatibility though, won’t differ from jailbroken installs though.

Though as mentioned above, OSMC is supposed to be more than just a Kodi-app, so side loading Kodi and installing the OSMC skin would probably be enough if you want to feel like you’re using OSMC on the new Apple TV. (On a side note, skins are currently not supported in MRMC in order to be compatible with app store guid lines but are coming in a later version, MRMC can be side loaded and if so you can of course roll your own skin)

(sorry, enough talk about another fork, just thought it could be of interest to OP)

Not really correct. Kodi can be side loaded on any iOS device, no need to jailbroken.

If you’re referring to the abuse of “Enterprise signing” of apps to distribute side loaded apps to random people (eg not those employees of a company) then this is a grey and questionable area.

I’m not aware of any official builds of Kodi being provided in this way, and this kind of abuse of Enterprise signing is something that Apple is cracking down on lately, with many developer accounts being shut down. (Thus apps signed with their keys are no longer installable)

If you have paid for your own enterprise Apple developer account then yes technically you can compile your own Kodi build and side load it on a non-jailbroken device.

No since Xcode 7 anyone can side load apps without needing to pay the 99 usd, which is now only required when submitting an app to the store: http://9to5mac.com/2015/06/10/xcode-7-allows-anyone-to-download-build-and-sideload-ios-apps-for-free/

From the official Kodi blog: https://kodi.tv/kodi-16-0-beta-1-jarvis-is-getting-ready/

Thanks for the links - that is really interesting, I hadn’t heard about that change…

Good stuff! Will be looking in to this, links are much appreciated!