Was doing some changes in the network and ran the update on Vero 4k+, last updated in 31 October 2020, old version was 2020-10 or something similar.

After running update from My OSMC the first time ended in “Error: Please report this is in the forums” (or something similar) after a short time downloading updates. I suspect it was just some download problem since second attempt updated the system fine (and downloaded for much, much longer time).

If there is some way to find out what was the update error I can check more about it. I have no issues working with Linux/SSH - /var/log/apt/term.log seems to show only the successful second update and there is nothing for the first attempt.

But the main point for this post was what happened after the failed update attempt.

After dismissing the update error screen I was returned to the My OSMC app, with the ring of icons. The “Update” icon was selected.

I moved to a different icon, say to right, but the text at the upper right corner that describes the selected action did not change from “Update”.

I thought that was strange, and kept moving around the icons - up, down, left, … - but the text still staid the same, saying “Update” even when the selected icon was clearly moving normally. I could select any action/icon and it just said “Update” instead of describing the selected action/icon.

Baffled, I hit the “OK” button. Nothing changed. I was still in the My OSMC screen to select the action. Hit the arrow buttons - left, up, etc. - and it just changed the selected action. As if the “OK” button press was totally ignored. Selected some other action and pressed “OK” button - nothing happened again.

It seems like a bug: the My OSMC app was “queuing” all the button presses while just showing the My OSMC screen (and even updating cursor moves in it right, but not moving from the menu to anywhere on “OK” button press) after the update error was dismissed.

I consider myself lucky that I didn’t mess any settings while the UI was not updating.

It seems like a small issue but I love my Vero and hope the issue would not bother other users. 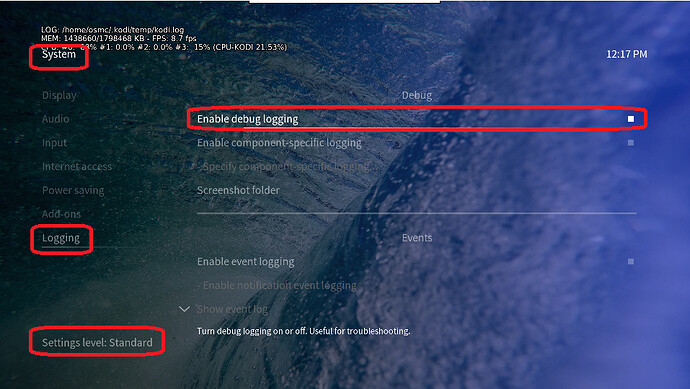 Thanks but I don’t think I can do that anymore - the Vero is now at the latest version.

And if my suspicion is correct and it was just some transient download error then it might not be easy to reproduce.

I will definitely enable debug logging before I attempt the next update.