I’m looking for some support because I don’t have any idea of how to fix my problem :

I’m running OSMC on a raspberry pi 2 . I’m using it as mediacenter (of course) and also as a seed box
(I’m using transmission, running “under the hood” and installed from SSH)
last thing, I’m using a VPN connection to cyberghost servers.

everything was running fine, able to connect from local adresses and external adresses to SSH and transmission web server.
I use some smart routing configuration from nice tutorials to do that (my torrent data goes through the VPN, web and ssh stays with my real ip address).

I updated to october-02 version of OSMC and now I can’t connect to the raspberry in SSH nor see the web page of transmission.
unable to connect from outside (using my phone in data mode and connecting to the external IP of my internet box)
and also from local network (wifi connection, using 192.168.1.xx address of the raspberry)
everytime, a timeout occurs with no connection.

the raspberry itself is still connected to the internet (able to download fan art, subtitles).

I’m confused, don’t know what to do. the issue came just after the last OSMC update (I was not in front of my tv so something wrong may have happened).

I don’t think it’s a vpn issue . when i have problems with vpn, external accesses are KO but local accesses still works (192.168.1.xx) . now everything is down.

if someone have an idea or could help me, that would be very nice.
thanks

Nothing can be done until you can provide logs so that we might see the issue.

Is your network-connection still working?

everything works at home
also, the raspberry has access to the internet (i’m able to grab fanart, subtitle, etc etc)

the issue occurs when I’m trying to connect my laptop , phone, … to the raspberry (ssh, web server)

Did you “restart” the services? 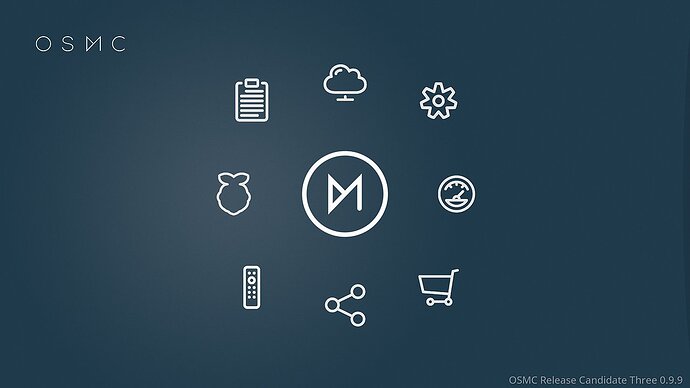 Sorry, I don’t understand what you mean.
Is there something to do from the GUI ?
previously, they’re were nothing to do.

nevertheless, I have rebooted multiple times. don’t change anything.

can’t do more than reboot

may the update gone wrong and broke something ?

any idea to repair my system instead is welcome

Connect a keyboard to the Pi and exit Kodi. When you get the start-up splash screen press Esc and log in to the terminal locally. From there you’ll be able to post logs and hopefully get the problem resolved.

ok, you mean the log that prints out on the screen during the boot process ?
How to get it as a text file ?
i presume it is written somechere as a file ?

ok, you mean the log that prints out on the screen during the boot process ?

grab-logs -A at the command line will post all your logs.

pi set for dhcp or static IP? possible the reboot after upgrade changed IP address? I’m a bit of a noob at stuff but just throwing out some obvious things I can think of. Have you tried to ping the Pi?

not so noob, you’ve found it !!
it was so simple, i didn’t check that !
my internet provider has updated the FW of my internet modem ! and the DHCP rules were out
so the local address of my rasp has changed !

you remark has triggered something on my mind … thank you for the (simple) idea.
I was fooled by the fact that the issue came just after a osmc update. I get focused on that and was wrong.
you saved me a full reinstall of my osmc box so thanks a lot