Not enough space for update

I get warnings that i can’t install update due to a insufficient space error using the OSMC updater. I can update when i use CLI (sudo apt-get dist-upgrade).

My forum searches seem to indicate that my / (root?) drive is full-ish.

If i cd to / the biggest dir seems to be lost+found. I can’t seem to cd into the lost+found. Various google searches seem to indicate i can delete this dir, and then it’ll be automatically recreated.

Any suggestions would be appreciated. 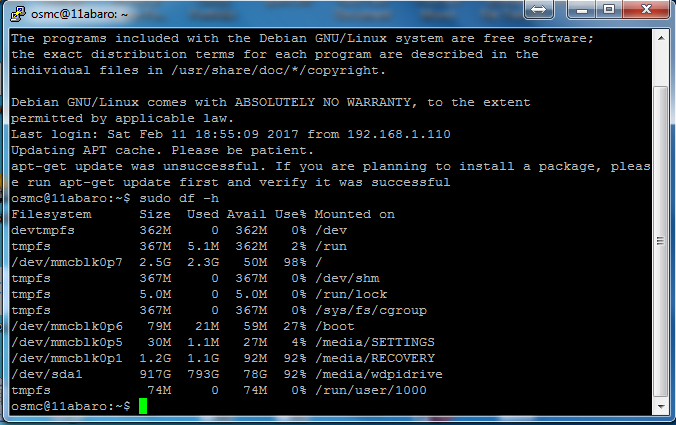 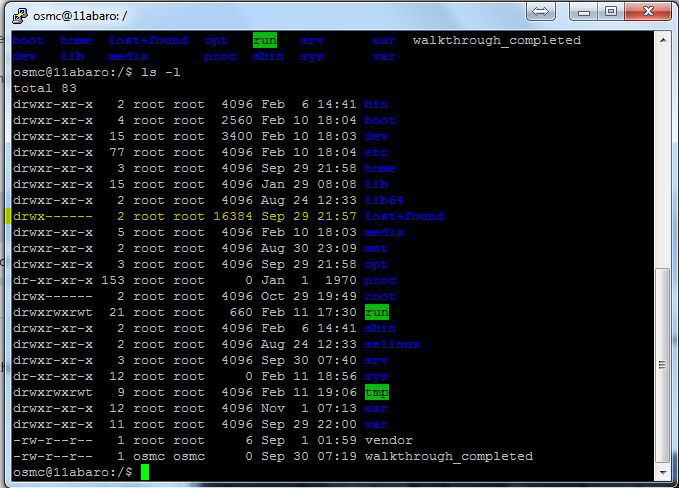 If i cd to / the biggest dir seems to be lost+found.

That size doesn’t mean anything as it only shows the item size.
To find big items on your SD card install ncdu sudo apt-get install ncdu
With ncdu you then can see from top to bottom where the space is used.

BTW Lost&Found is a directory which contains files that were recovered after a crash (not healthy).
Also 2.5G as a root size might not be enough in the long run.

This will show you the size of each directory

thanks, installed and run. This is output. 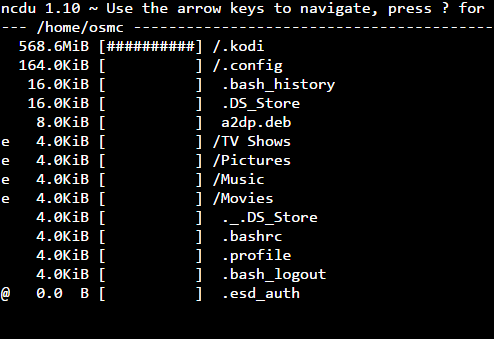 Can i delete something here. 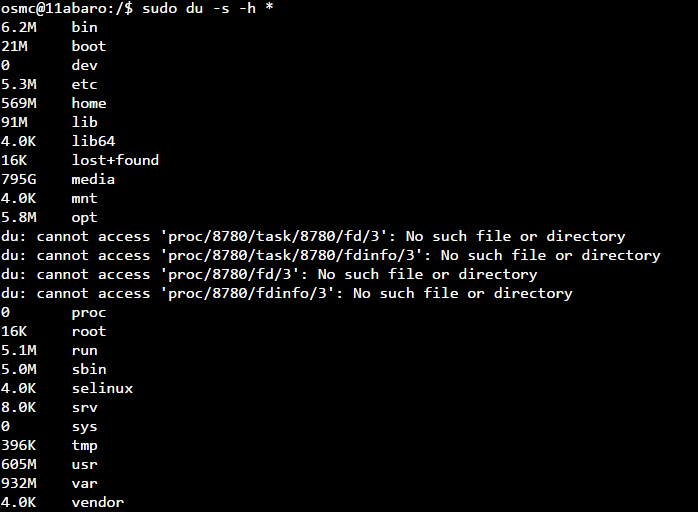 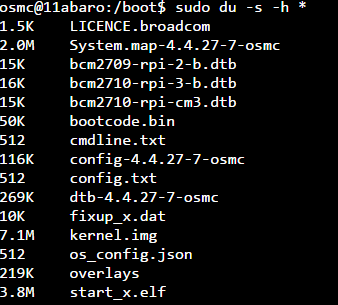 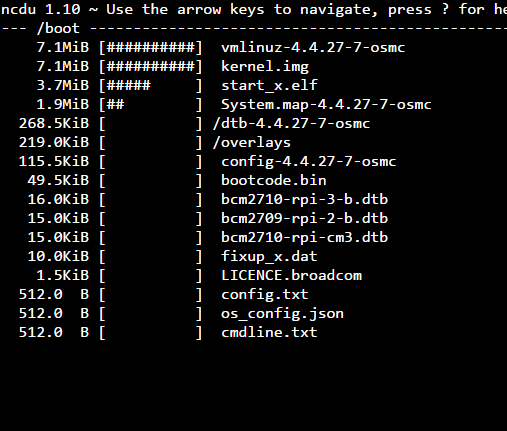 Nothing much you can remove. Looks like your root is just not big enough. (2.5g)

I’d repartition and make it 4, or even better 8gb which would give you more than enough for the long term.

thanks, installed and run. This is output.

You can klick on .kodi to find out where the data is used.
But as mentioned before 2.5G is most likely to less to run long term

thanks, i reckon its the thumbnail folder. Can i resize partition? Move thumbs to media folder (1GB pidrive) or some other config modification?

Thanks again, could be that i just need to get a bigger SD card. Geoff. 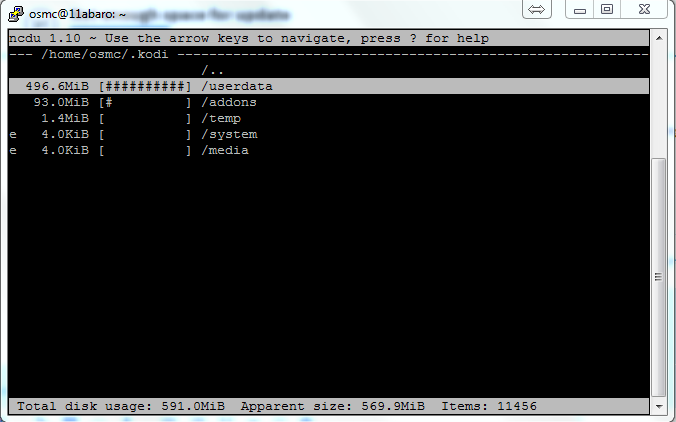 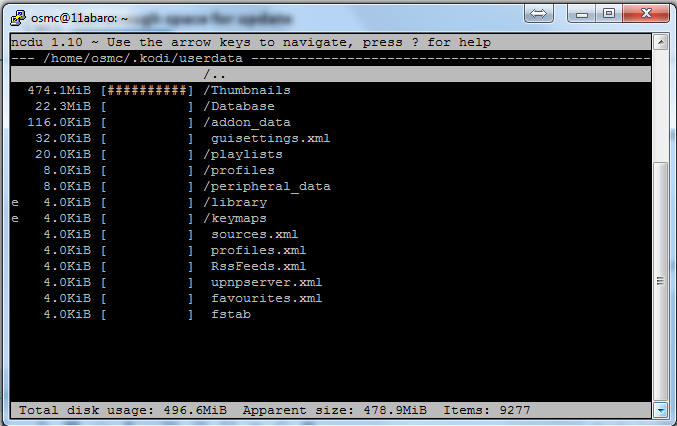 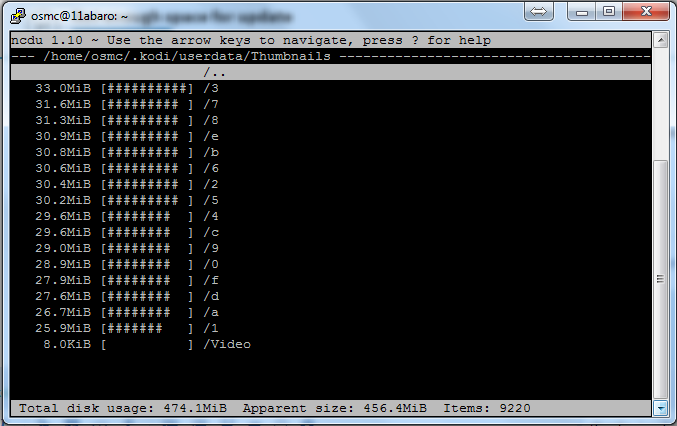 The texturecache.py utility will prune the old thumbs.

thanks ActionA, not idea how this script works but it removed 100MB. 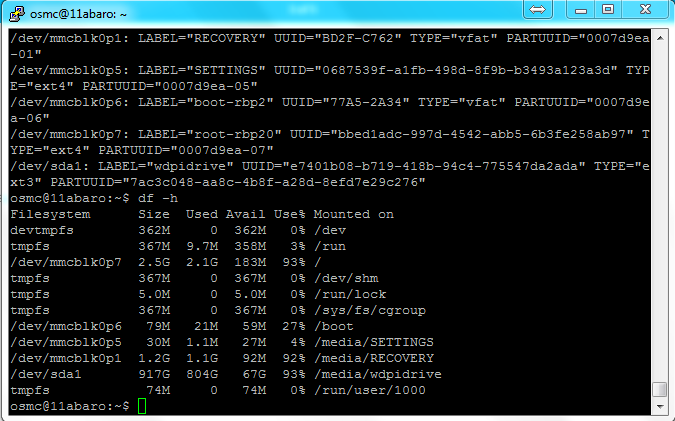 /usr and /var seem fairly large. It might be worth running ncdu against these to see if there is any junk in there.

Is this a NOOBS install? It’s unfortunate but the recovery partition is eating up a bunch of space on the SD card. That’s one of the reasons I moved away from NOOBS and switched to a native install.

thanks, results below. Looks like btsync logs and something in apt archives??? 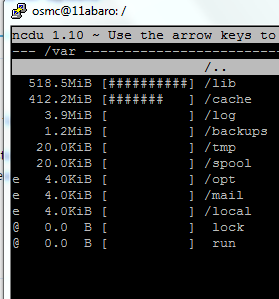 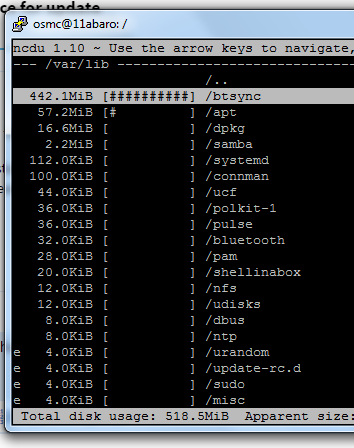 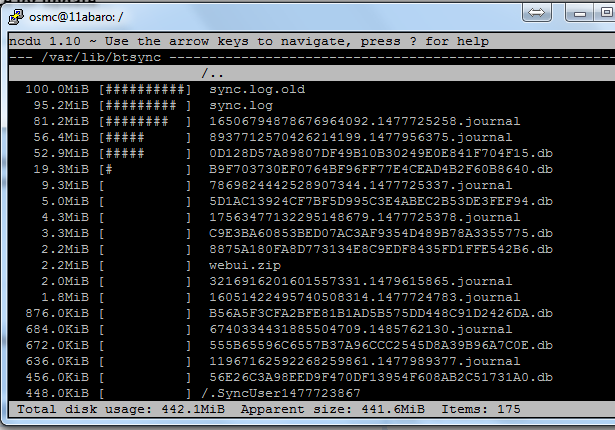 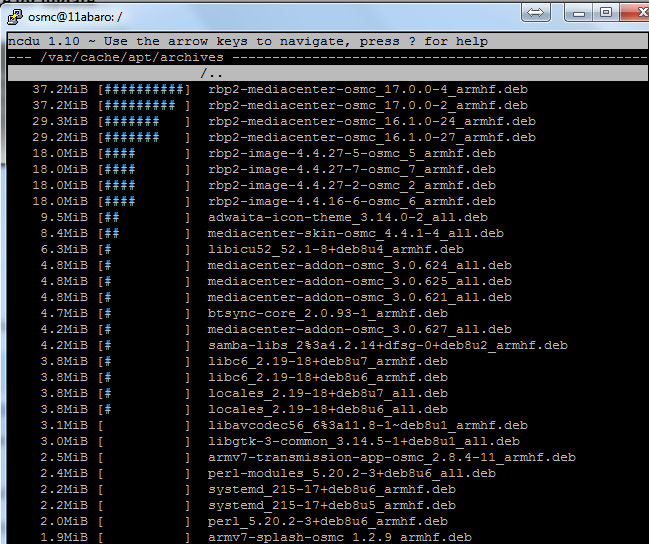 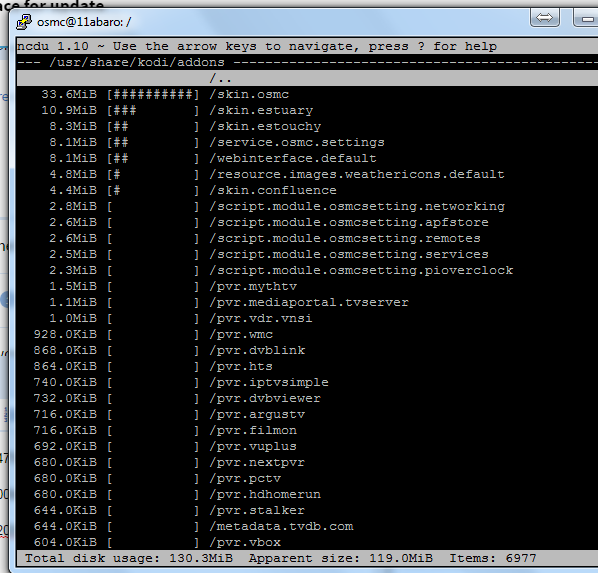 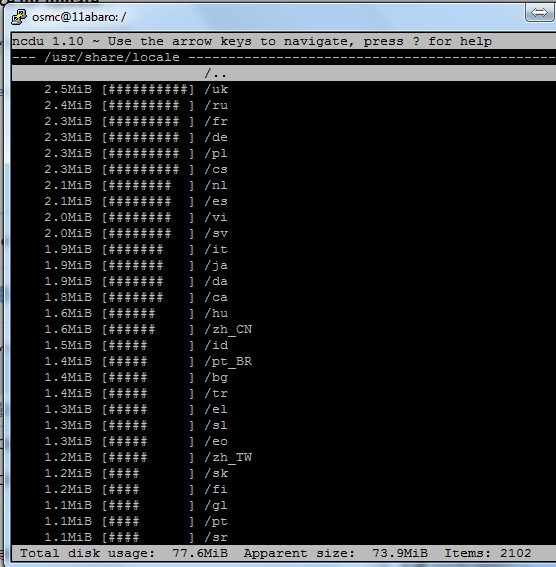 Geoff,
You can try truncating those BT logs and maybe flushing the APT cache but this is a problem that’s going to keep coming back and will get worse over time.

Please consider a fresh native (not NOOBS) install or getting a larger SD card.