This week I received a new Vero 4k + to replace the original one which had a problem with the wired connection not working properly and getting real bad iperf3 tests. After @sam_nazarko received the unit back and it was properly tested he could find nothing wrong with it so I was a bit worried that I would have the same problem with the replacement unit. I am happpy to say that this is not the case. After installing the Vero (exactly the same as the first unit) I immediately ran an iperf3 test and got the good numbers now reaching near gigabit ethernet speed!

So everything is working fine now but it raises the question:
What was wrong with the first unit I got?

I read on the forum that I was not the only one with apparently a faulty unit (@Wvanelten) but when returned it did pass all the tests. But now with the new Vero working flawlessly with the same setup, I can’t but wonder that there has to be something wrong with the first one which it’s not showing in the tests.

Anyway I’m really happy and relieved there’s no problem with my home network and the Vero 4K + is working like it should.

Thanks for the help and support,

So far we have received about 20 devices back; so things haven’t gone cataclysmically wrong.

In the case of your original device, I put it aside and sent you a new one. I was never able to produce a problem with it and could always get 930Mbps in the TX direction.

A few units have been resolved simply by cleaning the Ethernet connector. We will take some more care with this now.

I am glad your new device is working well.

Well of course it could have been as simple as just cleaning the Ethernet connector. I never thought of that and it makes sense also.

I read on the forum that I was not the only one with apparently a faulty unit (@Wvanelten) but when returned it did pass all the tests.

That’s true of mine as well. I haven’t received my replacement yet, but am crossing all available extremities for it getting here soon and working better.

Your replacement shipped some time ago.
With that said – there were some users with obviously problematic devices such as @SLICKRIC21

Your replacement shipped some time ago.

Mine didn’t function normally (like just sometimes reaching kbit instead of mbit or gbit).
And Sam couldn’t find anything wrong with it.

My replacement is on its way.
And have the full confident that this one will work.

Sam (and his team) do great work. And strange problems do sometimes happen with hardware and software.

I will keep you all up to date when my replacement arrives.

how can i get a replacement? my vero 4k+ is far away from a gigabit connection and slower as my old vero 4k- tested with iperf3 (same cabel, same network, etc…).

Can we see the iperf3 output?

Have you tried a different switch / cable to rule out a potential issue?
What is the order number?

It’s important we check a few things. We’ve had a fair few returns that should not have been returned (to put it simply). So it’s worth checking some things first.

I received a replacement Vero 4k + yesterday, i returned mine due to also having issues with the wired connection. Like @Pascal147 Sam said that he had tested the unit and couldn’t find anything wrong with it… strange.

Anyhow with no other changes to my setup the replacement works great, speed now up to 947Mbps and far more responsive compared to the unit i returned. 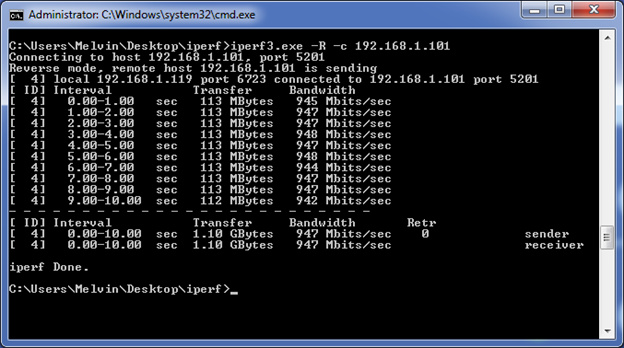 Much the same here: received replacement unit which has hugely improved network performance, but Sam wasn’t able to find anything wrong with the old one.