Decided to edit this post a litttle for updates, could some Mod maybe move it to a more appropriate forum?

So the Issue im having sees to be powersupply related, moving the Pi from my car to my workshop and the wifi is 100% move it back to the car im getting 60%+ packetloss despite a good signal, im guessing my USB 2a Car port isnt cutting it though i dont have a multi-meter on me to test atm

Im Looking at one of these which may help my power issues? it will certainly Fix the issue with the power being cut

ive been issuing the shutdown command Via SSH but doing a “sudo shutdown now” seems to cause it to reboot as opposed to shut down.

Ill Post some pictures a little later today of how it currently looks though i want you there is a lot of long wires and exposed PI untill some of my Bits arrive from china.

Hi All, My Car has a video input ive setup OSMC Plugged into this Port and it Does Run But looks like this 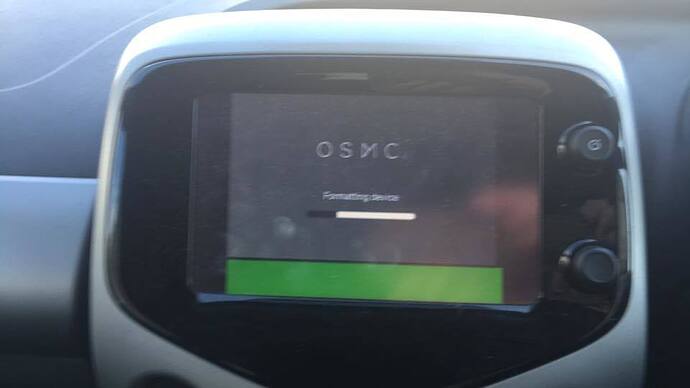 Also the Video Seems to be comming up the Red Connector Vs the Yellow one which seems slightly Odd.

Im Using a 3.5mm to RCA cable that came with my TV then an RCA cable then back to another RCA to 3.5mm to take the signal into the RCA Video jack in my car (a bit messy im waiting for the proper cable to come so this is make shift)

is this a setting on the PI Causing the screen to do this ? or is this likely the cables issue

A number of threads were generated when the B+ first arrived.
The RCA connector is a 4-pole for audio left, audio right and video together with a ground. At the time the most commonly available cable were for Apple devices - but were wired wrongly for the PI.
this thread has info, but it is a little wrapped up in the morass of detail. I couldn’t quickly find the simple one I originally referred to.
You could also look at this, or even this (which gives the lie to my statement about Apple devices, but is correct)
Derek

This looks cool. I’d recommend you perform the installation at home though, and not in the car if possible. I’m surprised the installer is scaling appropriately.

Please can you give us a follow up on your project when you have it working and maybe take some nice photos? It would be cool to do a blog post about it

It seems it may be necessary to adjust display size in config.txt to get it to properly fill the screen. More info can be found here.
http://elinux.org/RPiconfig#Video

Thanks Sam! it turned out my screen wont do NTSC, changing the config.txt to set region pal and set sd video to 16.9 and now the screen is perfect.

Thanks for the software to do it!

ive got PVR addon going to my enigma2 client connected via my 4g modem in the car, so ive digial tv on the go!

next to fill it with some music and maybe see if i can get the plex addon going.

Build and install completed fine in the car! i really should have done it in the house but was to excited to see if the video cable would work.

Having some issues with the WiFi Dongle, it was a little hard to get it to connect now its dropping a lot of packets, im guessing it may be a power to the USB Port issue going to try it with a Y Cable off my USB hub in the car to see if it improves.

Using a 2a cigarette usb adaptor seems to be holding the Pie up fine, though ive done little to put the CPU under load.

its Messy as hell as it stands, but once ive everything working im planning on cutting the cables and soldering them shorter then velcroing the pi and my 4gmodem under the dash and neatning it all up.

Ill get some pics to you of the creation and it all tidyed up when completed.

Three most important gotcha to try to avoid in this use case is preventing unclean shutdowns due to sudden loss of power. These will ultimately result in corrupted file systems and failed operation. Mausberry circuits makes a nice peripheral that handles clean shutdowns with a small script and a relay. 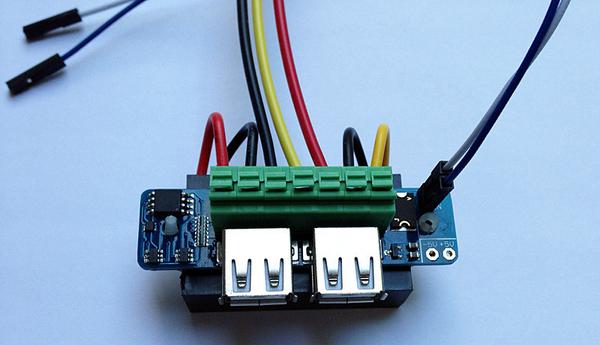 3amp car supply which senses your ignition and safely shuts down the Pi when your car turns off. Please choose your USB connector configuration above - single USB, dual USB or direct micro-USB connector.

Thanks! Ill look into that! My Current plan for that was a Powerbank and a shutdown when idol for a certain amount of time, ive not overly looked into it yet but it seems feasible.