Is it possible to have 2x boxes with the same videos playing at the same time but one is a backup?

Obvs only have one output which is HMDI per box so, could I connect them via cat5 and enter a command to play videos at the same time?

As said before you can remote control two boxes at the “same time” from a selfmade web interface (using php) or a simple bash script sending the same json-commands to the boxes.

What I think shouldn’t be provided here, because it’s a very particular cause, is explanations how to do it easiest. I recommend you start checking out Kodi-wiki about what you can do with json-commands.

Then decide ow you want to sent those commands, via web page, does the web page expect feed back, to display if command was received. Or simple bash script that just sends the commands and doesn’t giva a sh*t.

I could probably whip up a working “first draft” for a solution to both your threads, but don’t expect me to do it for nothing, when I see a possible (even likely) effect of you having the solution meaning you are making money on my knowledge. =)

So I’ll gladly give you pointers on where to read up, but if you want handholding doing the work, expect a cost to it =)

Edit: PS. I’m in no way financially connected to OSMC, except for some donations made over the years, the shield is for being me Forum-moderator. I hope I’ve earned it, but never asked Sam why.( Swedish proverb: Never check a gifted horse in the mouth )

So how am I creating a php web interface? I only want to play a playlist a the same time so videos are in time to create a redundant line.

If you could direct me into the right tutorial paths that would be great!

So how am I creating a php web interface?

Well the web interface of Kodi is activate via Settings → Services > Control
You then can control each individual OSMC install by opening the browser with the IP of the OSMC device.
Or use Apps like Yatse or Kodi Remote.

To program a python or php solution to manage multiple machines you can start reading these pages: 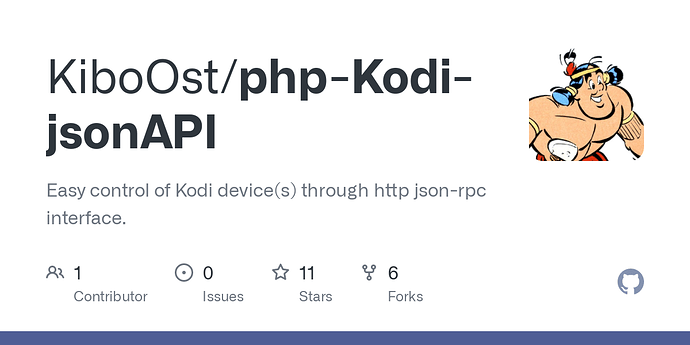