Hello.
First, I’ve a Raspberry Pi 2 with OSMC RC.
I’m executing a script inside OSMC, from a custom main menu button action: RunScript(/home/osmc/myscript.py). This script will launch other application, but will close OSMC first, however nothing gets executed after I close OSMC.
My script looks like:

Every one of them works in a SSH shell or directly in raspberry command line after closing manually osmc
In a quick teste, in a test .sh file:

All I have in test.log is “before close” if launched inside osmc with RunScript (btw also tired System.Exec but can’t get that to even call the script).
Any ideia why this is happening?

You might wanna check out @mcobit’s post about using RetroPie with OSMC. His retropie.sh script will close Kodi and start EmulationStation. Once you close EmulationStation, Kodi restarts. Sounds like what you are trying to accomplish.

[WARNING! THIS IS POTENTIALLY UNSAFE RIGHT NOW!] If you have a PI 2 and want to test a new and safer way, please see this post: Old post for reference and documentation: .,Hello, I tried a lot of stuff to get RetroPie installed on OSMC on a Pi 2 as it is using Debian Jessie from main armhf repo, not Raspbian. I made a script, that is able to install everything by using Raspbian packages where needed. Also it will update some stuff to make it easy for you to add a shortcut to the KODI menu…

Also a link to his github page: 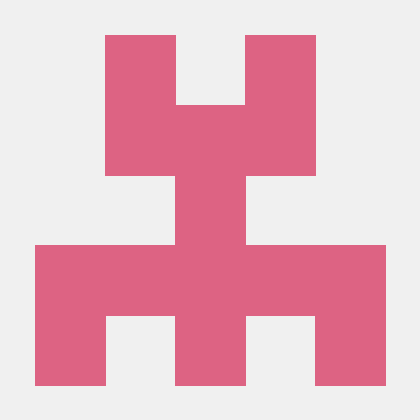 This is a simple script to install retropie alongside osmc.

The only way I could accomplish that is to detach the closing command from shell with nohup and adding the starting of emulationstation into the custom mediacenter script as the stoppting of the service calls the mediacenter script and cleans up before exiting what closes the current tty apparently and your script will get closed, too.

So I use nohup amd openvt to get it running on a new virtualterminal. Sounds complicated and it is but I havent found another way.

Thanks for the replies, I’ll try it.

Of course, if you find a better solution, let me know.
I would love to have a solution where it is not necessary to modify the mediacenter script as installing your application and the retropie script, with the same solution they would overwrite each other.
Maybe there could also be “launch other stuff” section that looks for userscripts to be executed on kodi quit in the mediacenter script in upstream OSMC. But that would need to be discussed with the main devs.

I think I have an idea how to accomplish this. I will try something…

Looking forward to see if you come up with another way.

You could get away with just one extra script when using nohup and in case of emulationstation openvt.
I only have ssh access to my pi until tomorrow so I cannot test this right now. But I will report back.

But maybe I can explain the main problem a bit in case someone else tries to figure it out before me:

When you start a script that opens another program and then stops the mediacenter service, the script started from KODI will also be terminated and therefore also your application.
After the mediacenter service is stopped it executes the mediacenter scipt again though with the parameter stop to clean up before a terminal session can be opened.
This is where I start my program and another script that watches the status of emulationstation in the background and restarts KODI if emulationstation quits with nohup and openvt right now by checking if a file exists that is created by me retropie.sh script.
Confused already?
Well. This is the only way I was able to keep the launched program alive until it is shut down.

If there is a way to let a launched program grab the input from KODI, it could just stay open in the background. That might introduce other problems though like still reacting to input or using up ressources.

I think I found a good solution. Have a look at my github page to see how it works without modifying the mediacenter script.

awesome,
The other way worked very well but this looks a lot nicer. Great job.
Thank you!

Thanks for the script mcobit! Here is a modified version for limelight:

Code of my scripts:

In OSMC just set a shortcut to “System.Exec(/home/limelight/limelight.sh)”.

I think I found a good solution. Have a look at my github page to see how it works without modifying the mediacenter script.

I modified the script to run a script that I wrote myself, to throw from a menu item OSMC. But I have a problem at the time of launch, as my script requires one parameter and I am not able to find the solution.

Using the example of @miko , how I can pass a parameter to “stream.sh” script? I’ve tried different way and do not receive it:

Thank you very much, would greatly value your help.

The first argument passed to a bash script will be in the variable 1.

so if you run your script with

in your script will return:

So in your case:

if you want to pass a parameter to the jar file:

The parameter for the script would then be:

If -a should have the parameter 1