Small lines around every character in ASS/SSA subtitles

I am having a problem with my ASS/SSA subtitles on my RPi3.
There are small dotted lines around every character when I set the subtitles to use an opaque box. It doesn’t look like much and it’s not visible when far away, but on the tv in my bedroom I can see the lines clearly.
The lines are only there on my Pi. I have tested on Kodi on my macbook and the lines are not there.

Is this a problem in OSMC or in my subtitle files? 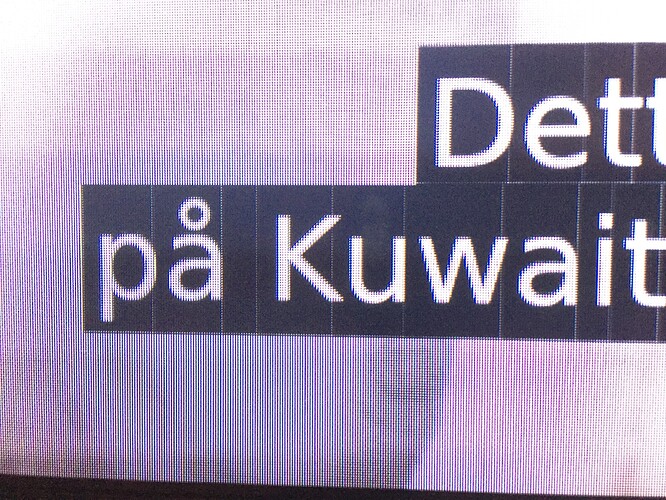 Anyone who can help with this?

Is the “opaque box” a kodi setting, or something you enable when encoding the file?
A sample file that shows the issue would be interesting.

Yes the opaque box is something I choose in Jubler, my subtitle manager. 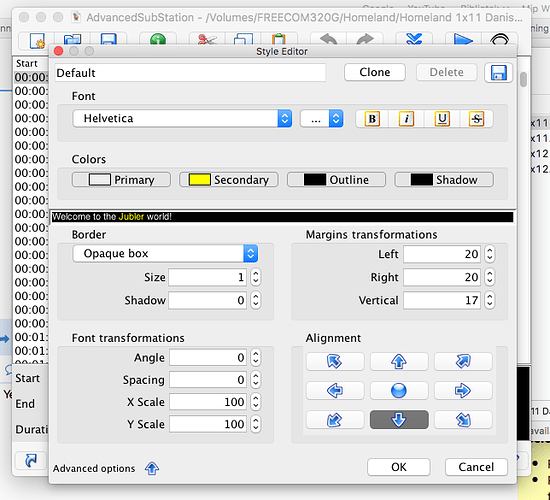 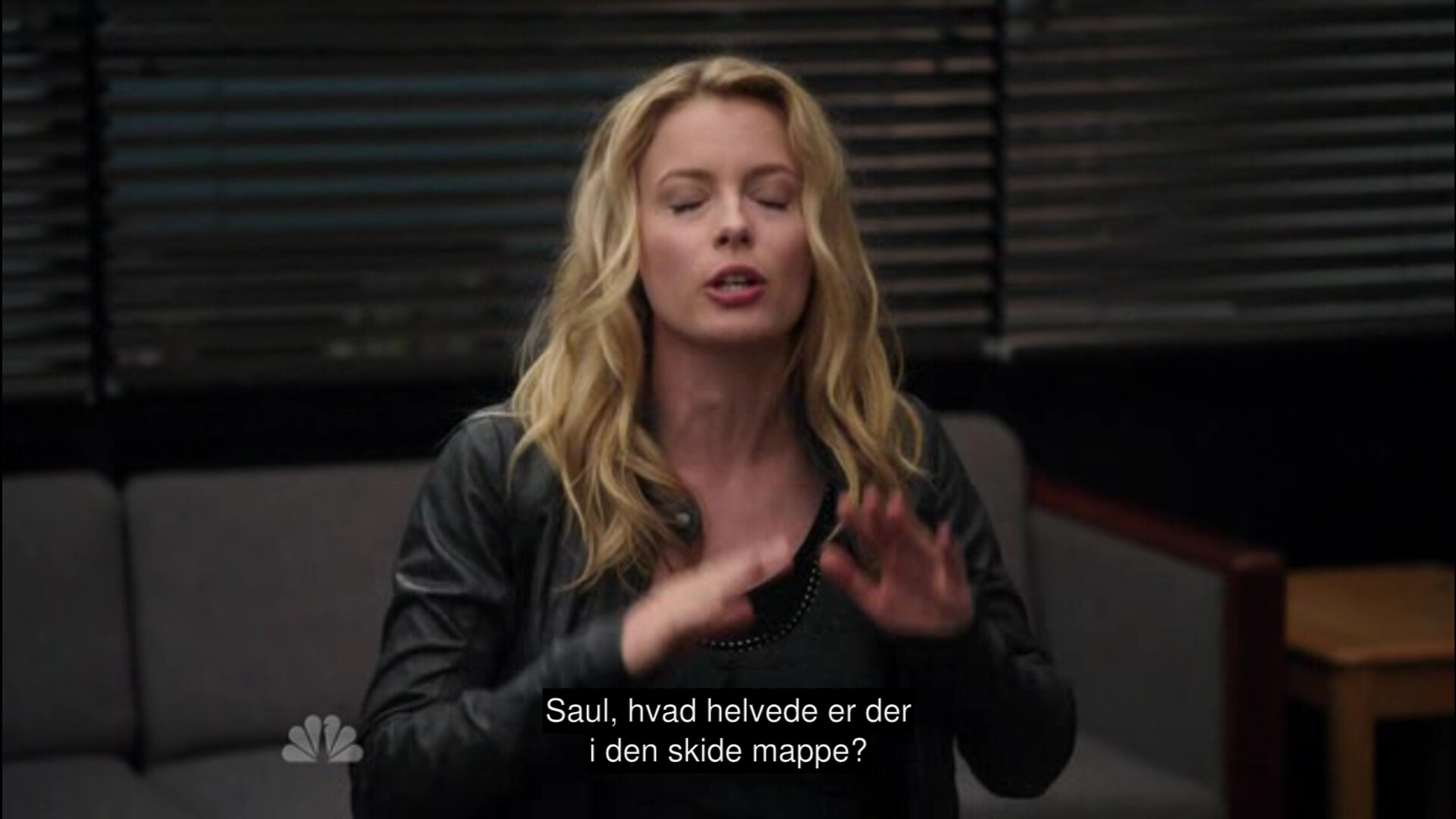 Can you try a Krypton build?

Maybe it is a problem with Debian version of libass

Sure. Which build should I try? I haven’t yet jumped into the krypton beta.

Clean installed and upgraded to the latest krypton build. The problem is still there unfortunately. 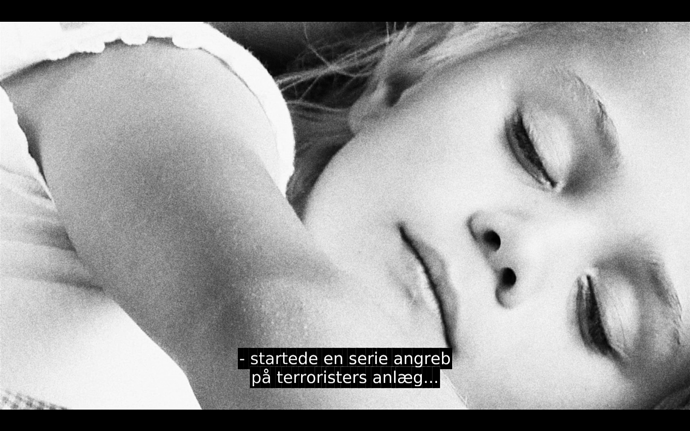 This has been a problem on three different installs so I am really not sure what is causing it.

Will discuss with @popcornmix on Slack

Thank you very much Sam. Really appreciate everything that you and the OSMC team are doing.

Our libass is quite outdated in Debian, so I’ve rebuilt Kodi to use updated versions of this library. I’d really appreciate it if you could test this.

Unfortunately I haven’t rebuilt Krypton yet, as I’m waiting for a newer version from them first. If you can reinstall Jarvis and test with the following commands, it would be much appreciated:

Add the following line to /etc/apt/sources.list

If this is good – I’ll get it included in OSMC’s update on Sunday, and I’ll add this change to Krypton.

Just installed your update on Jarvis and that fixed the issue.
It looks great now.
Thank you very much Sam.

You may want to remove the line from sources.list to stay on stable updates now.

Okay, just did it. Thanks.

I have a new problem with the latest versions of OSMC (last 3 months or so) related to the issue in this thread.

With a black box around ass subtitles, the ‘f’ character has a line behind it. I have attached images of the problem.
This is a fresh install from 2 weeks ago.

Should I contact the libass developers or is this an OSMC issue? 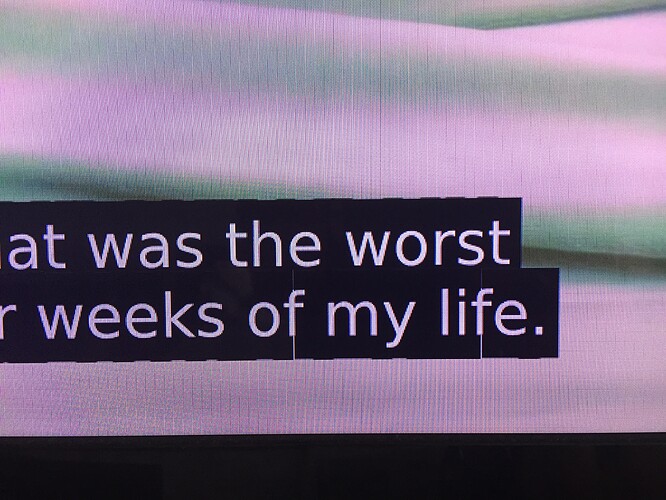 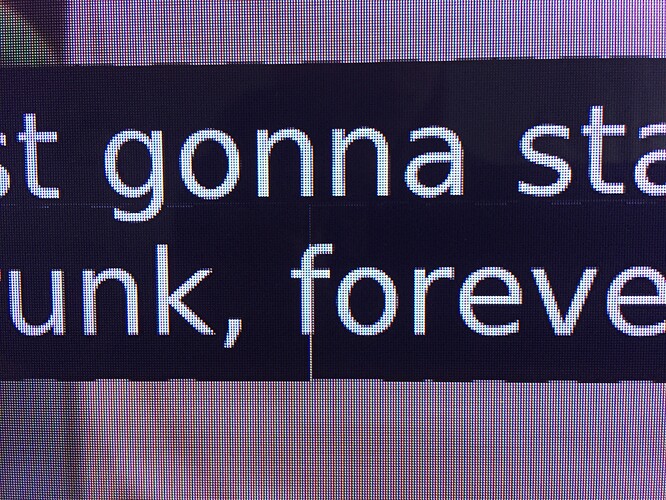 Thought we fixed this. Are you up to date?
What does dpkg -l | grep libass show

Yes. We definitely fixed the previous issue but this is a bit different, less severe. The first time, there were ‘lines’ around every character, this is only on the f’s.

Try remove the non OSMC lib, although the first should take precedence