I recently bought the Vero 4K.
The Vero 4K is plugged in the YSP-2700 sound bar via HDMI but when i switch the source to TV i don’t have anymore sound that’s is coming from the soundbar via HDMI ARC…
When i remove the HDMI cable that is linked to the Vero 4k, the HDMI ARC with TV is working again.
I’ve tried different HDMI cables but with the same result and no luck at all.
When i turn off the Vero 4K it’s not working.
When i unplug the AC adapter of the Vero, it works again.

any help would be greatly appreciated.

There were cec fixes in the latest update, released a couple of days ago. Have you updated to this release?

i suspect the power AC to interfere with the HDMI signal.

Does power cycling the soundbar make any difference?

Also you have mentioned the make and model of the TV?

The power adapter is DC.

When i unplug the AC adapter of the Vero, it works again.

Doesn’t necessarily suggest the plug is the issue. I doubt this would be the problem.

Would be interesting to know if shutting down Vero 4K (Shut Down in Kodi), and waiting until you get the red LED restores functionality.

Shutting down the Vero 4K until i get the red led won’t solve anything.
I mentioned this above.

Shutting down the Vero 4K until i get the red led won’t solve anything.I mentioned this above.

Did you actually try this?

When i remove the HDMI cable that is linked to the Vero 4k, the HDMI ARC with TV is working again.

Suggesting it’s not the power supply that’s at fault.
The reason I ask the first question is because there will be a deassert.

Would be interesting to know if shutting down Vero 4K (Shut Down in Kodi), and waiting until you get the red LED restores functionality.

Does your TV have HDMI-ARC…?
https://hdguru.com/what-is-hdmi-arc-and-what-does-it-do-for-your-hdtv/

A quick google search, and I got this… 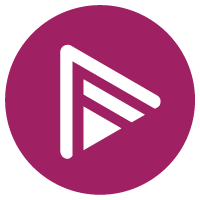 Just taken delivery of the new Yamaha soundbar and a Sony KD-75XD9405 TV, and was planning on running the components through the SB into the TV, but both of the TV setup guys were adamant that all the component should be into the TV, and then hookup...

thanks a lot for taking the time to answer me with details.
The Vero 4k is connected to YSP-2700 HDMI 1 (IN 1) and advanced mode was enabled to allow HDR.

The problem is now solved.

I switched my 4k HDMI cable (certified) which was originally used on TV (HDMI ARC) to YSP-2700 OUT/ARC with a standard arc capable HDMI Cable.
I used my 4K cable with the Vero 4K without changing anything else i had in my previous setup.
everything is now normal.
Maybe the certified 4K cable has a better shield, who knows?
This problem also occured when i was using the stock cable (the one included with the Vero 4K)

Thanks a lot to everybody participating in this thread

I have similar problem with my vero4 and Samsung soundbar and lg TV.In Vero I have disabled CEC completely because I use Harmony remote, but only solution do get sound back is Vero restart mechanically. Sometimes ARC work but lately this problem increase.

I’m also getting this issue from time to time. CEC is disabled (also a Harmony user).

I use ARC for the TV’s built-in apps, mainly Netflix. What happens is - I watch something on the Vero at night, switch off. Kids wake up early the next morning and start the TV activity on the Harmony (so inputs are set for them on the receiver) but no audio over ARC. So they come upstairs and wake me up to sort it out for them. Sometimes it works, sometimes it doesn’t.

After some trial and error (I’ve got other things plugged into the Marantz as well), it looks to be the Vero. I don’t need to power it down to fix it (although that does work) - if I pull out the HDMI cable at the back of the Vero then ARC starts working after approx 10 seconds without me having to press anything. It’s like the Vero is blocking the reinstatement of ARC between the TV and the receiver in some way.

daibaron - if you’re still watching this thread, did replacing the HDMI cable from the Vero to your soundbar fix your issue permanently?

the way you’ve described your problem , we maybe had a similar issue if you consider the Vero 4K was conflicting with your TV arc / sound bar.

I bought shielded Monster cables and it worked but it was very expensive when considering that Amazon’s Prime HDMI cables will do the job for 1/10 of the price.

I would recommend you to make tests with certified HDMI 2.X cables…

I previously owned a Yamaha YSP-2700 and changing the cables solved the issue
Now i own a Samsung HW-K950 which works well with the same set of Monster HDMI cables.