I don’t move things too often using the OSMC intereface so I don’t know how long it’s been this way but I noticed that the progress bar just sits at 1% if you will until the file completes. 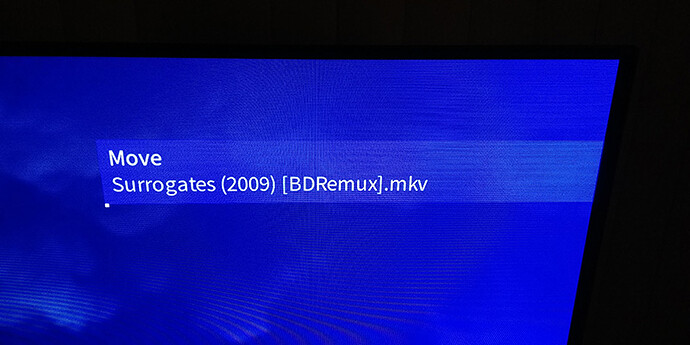 Anyone else notice this behavior?

Just moved a file over smb from my network share to internal storage and it showed steady progress. Where were you copying from and to? Drive formats?

From one USB HDD to another USB HDD (both NTFS).
One HDD is plugged in to one of the Vero’s USB ports and the other HDD is on the other USB port.

It’s possible Kodi can’t track the process of these transfers as they’re both FUSE implementations. I assume the transfer did complete after some time however.