I installed OSMC on my Raspberry Pi 2 and it works perfectly. After a few failed attempts on trying to get Wake on LAN to work, I tried something different. I plugged in my power source to an USB port of my TV. If I turn on my TV, my Pi boots as well. The only problem is: When I turn off my Pi and switch off my TV, it will boot automatically after a few minutes. After that my TV will turn on as well. Is there a setting that I can turn on to prevent this?

My goal is that I can switch on my Pi without having to unplug the power source and plugging it back in. Suggestions of accomplishing this in an other way are welcome too!

Perhaps it depends on the TV itself?

I have a similar setup with an LG TV: The Pi is connected into the USB port, so turning on the TV turns on the Pi.

When I’m done, I turn off the TV, which in turn kills off power the the Pi. Not ideal from a “safe shutdown” POV (and I turned off the unsafe shutdown message

I will unfortunately not be able to give you a solution for your problem but still giving two advises:

which in turn kills off power the the Pi

This not only kills the power to the Pi but will render your filesystem corrupted.
I would not wonder if your problem you report in the other thread is caused by this

And you could get away with driving without a seatbelt for years without an accident too, but one day you will come a cropper.

Unclean shutdowns are not recommended nor is powering a Pi from the USB port of a TV. Do either of these entirely at your own risk.

You can connect a reset button: 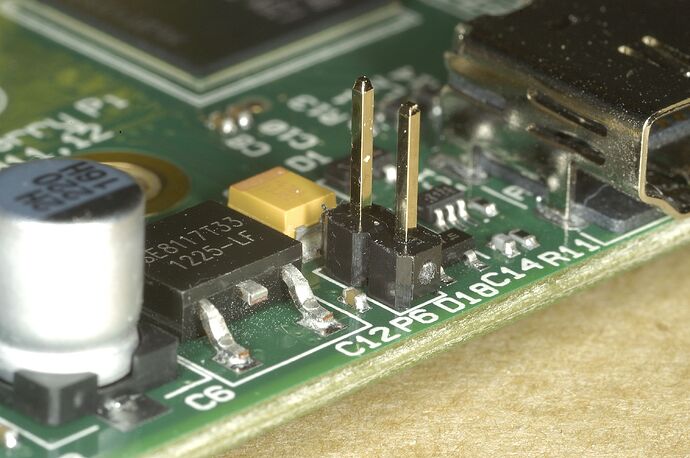 Making a Reset Switch for your Rev 2 Raspberry Pi

One of the changes on the Rev 2 Raspberry Pi board, which I haven’t seen anybody write about yet, (apart from Eben in his original announcement) is the addition of two holes for a header at P…

I’ll probably will leave it on in the future. I was so busy figuring out this problem. I forgot how minimal power consumption is with a Pi.

Another alternative would be to use a wireless / remote controlled plug socket for the power adapter the Pi uses. When the Pi has succesfully powered down, you can turn the switch off - and turn it on again when you’re already sitting on the sofa with the little remote.

It still might not be the solution that you want but a user called rmk121 on ebay made me a right angled micro USB cable with an inline switch.

It works great and I don’t have to unplug/plug the cable each time, just toggle the switch!

@RaymondSnel:
Try a look into the TV’s manual. Perhaps you plugged in your cable into a USB port which provides permanent power or gets activated by the TV setup configuration since it should charge devices after the TV went off.

My Panasonic plasma has one dedicated USB port for such purpose, all others are really dead when the TV is powered off.

To protect your filesystem as much as possible, have a look into this thread discussing an automatic file system check on start/stop of OSMC.

To protect your filesystem as much as possible, have a look into this thread discussing an automatic file system check on start/stop of OSMC.

Running an automatic fsck does not protect the file system, it tries to repair damage that has already occurred.

Doing this on a regular basis is about as crazy as driving your car into the garage door every night and then panel beating the damage out every morning.

Seriously, don’t power your Pi’s off a TV USB socket, particularly if this would lead to the power being cut unexpectedly every time the TV is turned off. We’re warned users about powering their Pi’s from their TV’s time and time again but somehow people just continue to do it and wonder why they have problems…

When I turn off my Pi and switch off my TV

I think the thread opener is quite aware that he has to care about the sequence what to power down, first.

That’s not a bad idea actually. It’s best if I stay away from connecting the Pi to my TV after reading several comments here. But I can use this cable for my normal power source. It’s still a better solution than unplugging the micro USB cable. Thanks for the tip!