Hi. There was an update yesterday, I don’t know if it was related to that or not - as I switched my TV off half way the update was going through, it was taking a bit of time.

But today when I switched my tv on Kodi wasn’t working (blank screen), so I rebooted it and I’m getting now the following message while it starts to bool, just after checking files and blocks:

I’ve searched in Google and in the forum and couldn’t find any support - which makes me think I’m locking for the wrong keywords.

Anyway, any idea how to address this - or where to find the answer?

The missing file should be there. Its absence suggests that either the update went off the rails because you switched off the TV or, more likely, some kind of filesystem corruption occurred during the update.

If you can SSH to the box, please run grab-logs -A and post the URL it should return.

@dillthedog thanks for your reply.

I can’t ssh into it unfortunately, getting a connection time out error so I assume it’s not in a position where I can connect to it. I’ve connected the microsd to my laptop though and it loads normally, I can see the files fine - I’ve opened the config.txt to make sure it had content and it looks fine. Are the logs somewhere on that filesystem so that I can grab them from there?

I assume this is some kind of Raspberry Pi.

Unfortunately, it looks like the most straightforward option is to reinstall OSMC. I don’t know the history of this SD card but you might want to consider using a new card, since this failure could indicate that it’s on the way out.

The SD card will contain two partitions: one that is readable on most computers and the other that, by default, isn’t readable in Windows. If you want to read (but not write) any data from the second (Linux ext4) partition in Windows, you can install this software.

Unfortunately, you won’t be able to take any useful logs from the SD card.

@dillthedog yes, this is a raspberry pi 3, sorry, I forgot to mention that.

That’s not great news - I was thinking 2 days ago that I should probably make a backup copy of my sd in case something like this happens, I have not only osmc installed, but as well all my disks smb server and other services…

The sd card is fairly recent, probably 1 year old or so, and was supposed to be pretty good one. If it was a problem with the SD card, would I still be able to access all the files though?

The sd card is fairly recent, probably 1 year old or so, and was supposed to be pretty good one. If it was a problem with the SD card, would I still be able to access all the files though?

I’d give SD cards an average life of 2-ish years on an OSMC system. Note the word average. That’s not to say that the card has failed, but the possibility can’t be ruled out. What was the card, BTW?

You also didn’t say if your laptop is Linux or Windows. If the latter, you should still be able to copy data from the card, even if you can’t write to it.

What was the card, BTW?

It’s a SanDisk Extreme 32GB U3 HCI V30, as far as I remember the best I could buy at that time.

You also didn’t say if your laptop is Linux or Windows.

It’s a Windows machine the one I’m sending this messages from. I can write to the card as far as I can tell, at least for the partition that is “automatically” visible to windows, I was able to change the config.txt file and save the file to the SD card. Is there any way to copy all my configurations (ssh, torrent client, smb, servers) to a fresh install?

So, I’ve installed the tool you suggested and the file that it’s complaining about it’s actually 0kb, so very likely went wrong during the update. I’m not sure what that file is for, but is there any way I could grab it from somewhere else and drop it into the correct folder and partition?

EDIT: nah, that doesn’t look like the onli file that is 0kb, there’s multiple files with that size. Dam, I can’t believe I’ll have to configure everything again…

That’s a pretty good card, though even the good ones have a failure rate > 0. It might have suffered a power glitch during writing. You need to ensure that you have a good power supply to reduce such risks. (I have no idea what PSU you have, but it’s a relevant point to make here.)

EDIT: nah, that doesn’t look like the onli file that is 0kb, there’s multiple files with that size. Dam, I can’t believe I’ll have to configure everything again

That looks like the filesystem was affected. It’s your call, but, given the standard of the card, I’d be inclined to give it one more chance. Wave your finger sternly at it, so it understands what’s at stake.

ahahahaha thanks for your help @dillthedog, having a bit of a laugh always help trough difficult times! I don’t think he cares about my feelings and my time to the slightest…

Oh well, let’s order a new one on amazon prime to get it tomorrow, and I’ll have a fun weekend…

Once again, thanks for your time and patience @dillthedog.

Oh well, let’s order a new one on amazon prime to get it tomorrow, and I’ll have a fun weekend

Test your new card with H2testw before setting it up so you know all fine. After you are setup on the new card you can than also check the old one with H2testw to see if all is green or red.

Never heard about that. Is it this @fzinken? 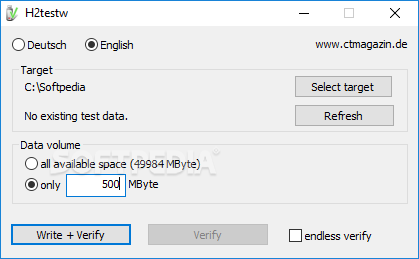 Never heard about that. Is it this @fzinken?

Well I assume so, but original link is here
https://www.heise.de/download/product/h2testw-50539/download

Interesting, will use that once I get home later. Thanks @fzinken

Well I assume so, but original link is here

Cool so, just tested both cards and they both return the same results: no errors… Good news I guess.

Thanks for your help @dillthedog and @fzinken , this topic can now be closed.