The Raspberry Pi 3 (OSMC) began to shut down

Previously, the Raspberry Pi 3 (OSMC) worked 24/7. Since recently began to turn off. It just works and here the black screen.

Please tell me how to diagnose the problem.

Here is a grab-logs -A

When you say “and here the black screen” do you mean the device locks up, reboots, you just lose the display? Does it stay at a black screen, and if so are you able to access it via SSH or the web interface when it is in this state?

If it is locking up and/or rebooting then I would into it being a power delivery problem. The first step there would probably be to unplug the USB devices and see if it clears up, and try a different PSU if that doesn’t work.

If it is only a black screen then is it losing the signal or the screen actually turning black. If the former try another hdmi cable, if the latter try disabling the screensaver.

Looks like I found a problem. After the update, there was a timeout to shotdown. 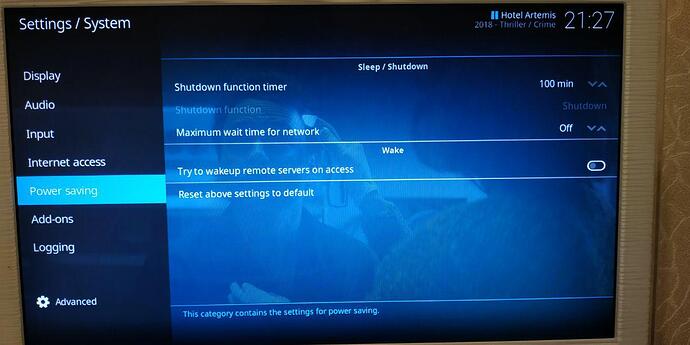 This wouldn’t be set by the update for sure.

This is strange because I have not used the system for several months. All that happened is updates. But I can’t say for sure. Maybe someone accidentally set this timeout.