I’m trying to figure out why some files are recognized by TV as 10 bit when most are not.

As far as I can tell both have true 10 bit encoded. Is there a way to make files like second one to play in HDR?

The 10-bit Jellyfish clips are not HDR, so Vero 4K is not passing HDR metadata.

That explains a lot, thanks!

I’m trying to figure out why some files are recognized by TV as 10 bit when most are not.

HDR and 10bit color depths are something different.

10 Bit refers to the color depths. More shades of each color can be displayed. This is usually visible in a better contrast like a smoother color transition (you can barely spot it on 99% of content out there which is Rec.709). At this point it is a good idea to read up on chroma subsampling. (e.g, Y Cr Cb, 4:2:0, 4:2:2) to understand how this works.

But now HDR kicks in. HDR TVs usually use a wider color gamut of Rec2020 (not all do) these days.

Dynamic range is the ability to display the darkest and lightest parts of an image at the same time. This is rated in f-stops. And it is basically independent of color depths. It is a matter of what the panel you are using is actually capable of. Top notch displays can do like 6 stops (haven’t checked specs on the latest top shelf ones), whereas the average human can distinguish 10-14 stops.

So if the display can do more stops than the average 1080p display, they called it High Dynamic Range (HDR).

How good is it? Well the mileage will vary A TON between 4K displays. Some are barely better than a top shelf 1080p display. And many other factors play an important role in the display technology as well…

So basically by adding two more bits to each channel the total number of values per channel quadruples to 1024 and this allows a display to have a higher range in luminance (aka contrast ratio) and a wide color gamut.

So the 10bit are the means of achieving a better contrast ratio, with the catchy HDR (High Dynamic Range) name many people know from photography since decades. It’s marketing. The nice thing HDR is no standard at all, it just say “hey, we have a high dynamic ratio!” How high? “Well, that depends what you consider as high…”

And to round it off: and all that has nothing to do with AVC vs. HEVC. It more depends what you hardware can do. Not all hardware supports everything of the AVC specs and some parts are only available for HEVC decoding (e.g. 4:2:2).

HEVC (h265) vs. AVC (h264) is mainly about bandwidth saving for broadcasters (including OTT) as well as UHD/2K/4K has been specified. It is specified up to 8K with 300fps. But HEVC requires about 16 times more computation power, hence slower adoption in the broadcast world and SOCs.

A shitty AVC encode will stay a shitty AVC encode, regardless of your display. And re-encoding it in HEVC will not make it better either. But HEVC will be very popular for the OTT world as it saves a ton of bandwidth for 4K content.

You can’t deliver 4K content PROPERLY over the Internet which requires about 32mbits on the consumer side, when the average bandwidth is like 18mbps. Hence HEVC which can do the same at 16mbps. For non 4K content AVC vs. HEVC beside the better quality in compression will not really show much different in size given the relatively low bandwidth used to begin with in non 4K content overall and the low bandwidth broadcasters or OTTs often use.

So just enjoy your content. If you have a good display and PROPERLY CALIBRATED IT (that is the most important thing or it will always look crappy) it will look great (assuming good encodes to begin with). Don’t get hung up at all about the marketing stuff here. Shitty encodes delivered in low band width will always look shitty.

Best example here are the illegal Kodi addons. The quality you get there is abysmal. And even Netflix 2160p stuff is not where it could be as they have to take into account the average bandwidth available for the consumers and what their hardware supports. HEVC’s not there yet - that is a matter of broadcast hardware and how broadcasting including OTT works (not diving into this here). Hence Netflix delivers in AVC (though experimenting with VP9 before finally going to HEVC in the future when enough hardware supports it out of the box.

Thanks, that was comprehensive!

Though some points are at somewhat questionable. Where did you get that puny 18mbps bandwidth alike? 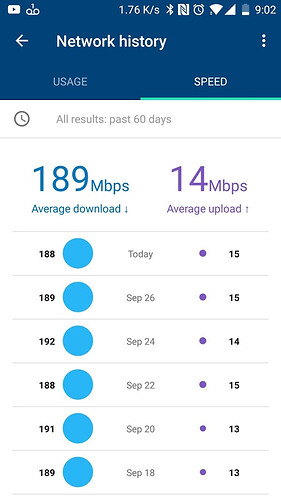 The main limitation we have at streaming 4K content online is it’s actual sub-par availability.
Only small portion of Netflix portfolio is 4K and even less is in HDR but when it is available 4K DolbyVision is no issue. 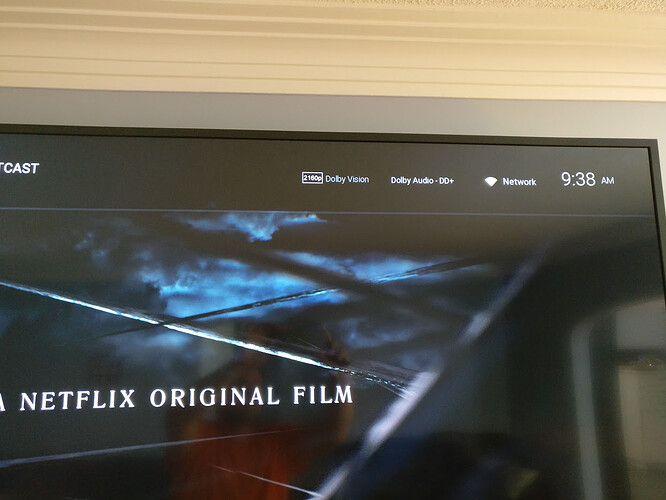 Anyway, my main mistake was an assumption that HDR is 10bit, now I know it is not

The 32bmit for 4K in AVC is what the standard recommends in regards to the reference material they use. I didn’t make the numbers up. That is what the broadcast world is calculating with. Going lower is always possible of course. Basically means going lower you’ll lose quality of the broadcast reference material. Same deal with with all the standards. They are just recommendations as always not a law

But yeah, I agree not much 4K stuff out there at the moment… Will change over time. And OTT might push it .Sadly right now OTT providers needs to pay hefty premiums for 4K right now. Same deal as it was initially with 1080p content.