Trying to use GPIO pin to shutdown Pi

I’m trying to install a Paspberry Pi Zero in my car running OSMC. I need a way to safely shut it down when the ignition is turned off.

I’m using a usb phone charger 5V battery pack to provide a few minutes of power after the 12V car power is removed (this battery pack can happily charge and supply power at the same time). I’ll be connecting a GPIO pin to ground using a relay form the car’s 12V system to trigger the shutdown command while on usb battery pack power.

I followed this article, but struggled: http://www.instructables.com/id/Simple-Raspberry-Pi-Shutdown-Button/

I tried moving the python script from /home/osmc to /etc/init.d as some forms mentioned that the /home/osmc directory may not be mounted early enough during the boot sequence.

This is the contents of /etc/init.d/pi-power-off.py

gpio_pin_number=21
#Replace YOUR_CHOSEN_GPIO_NUMBER_HERE with the GPIO pin number you wish to use
#Make sure you know which rapsberry pi revision you are using first
#The line should look something like this e.g. “gpio_pin_number=7”

GPIO.setmode(GPIO.BCM)
#Use BCM pin numbering (i.e. the GPIO number, not pin number)
#WARNING: this will change between Pi versions
#Check yours first and adjust accordingly

GPIO.setup(gpio_pin_number, GPIO.IN, pull_up_down=GPIO.PUD_UP)
#It’s very important the pin is an input to avoid short-circuits
#The pull-up resistor means the pin is high by default

#This script is executed at the end of each multiuser runlevel.
#Make sure that the script will “exit 0” on success or any other
#Value on error.

#In order to enable or disable this script just change the execution
#bits.

#By default this script does nothing.

So, having a look:

When I try to manually run the python script to see if it will work, I get this:

I did an update and tried installing RPi.GPIO, but had no luck:

Any ideas? or is there a better way to do this such as cron?

I’ll only address the install of rpi.gpio for now (short of time right now).

Thank you, that seemed to work nicely to install RPi.gpio

Now I tried running the script, and got a slightly different result:

I guess there’s something wrong in the python script?

Turns out I had a lower case gpio where upper case GPIO was needed, but now a different issue:

I’ve edited the script in the opening post to show it correct now.

I now have one switch to shut it down, and another to start it up!

We wanna see it 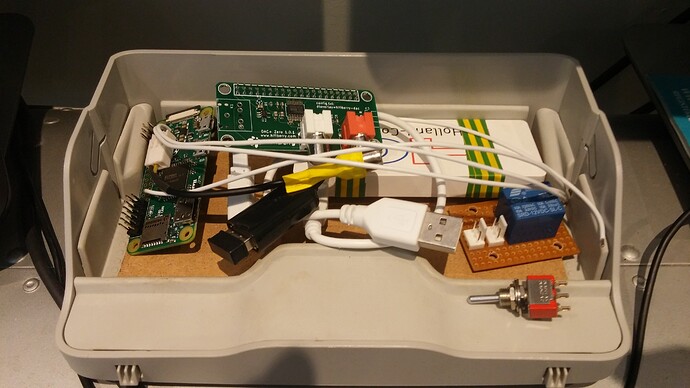 Currently it’s a pile of bits… but being installed in a roof-mounted sunglasses storage flap!

Hoping to have it done by the end of the weekend! 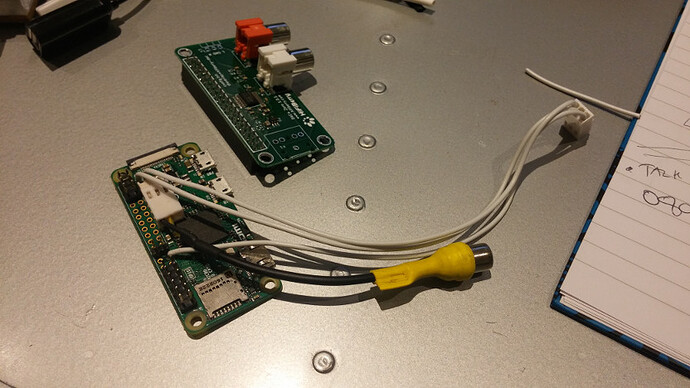 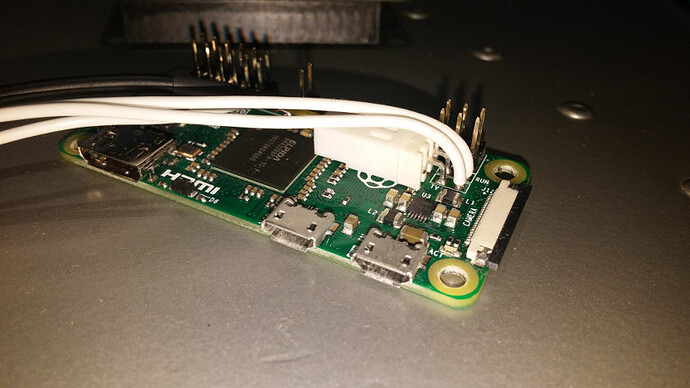 Making good progress! Got the HifiBerry working too.

Here’s a little video showing it powering on and off. It was late at night and my brain wasn’t quite firing on all cylinders, but it’s good to see it working!