Hi
I wonder whether I can get some guidance about a networking oddity involving two Vero 4K + boxes?
I’ve a wired network using cat 5e cable and TP-Link Gigabit routers. Vero A reports around 930Mb/s using iperf3 (the server is on my QNAP NAS) whilst Vero B reports 5.1Mb/s with lots of retries.
ethtool eth0 reports the link speed as 1000Mb/s on both Veros.
I assumed at first I had a dodgy ethernet cable but testing (swapping out cables) suggested everything was OK in that regard so I physically swapped Veros and found the problem moved with the device (ie) Vero A in Vero B’s position reports 930Mb/s with a few retries whilst Vero B in Vero A’s position reports sub 10Mb/s with lots of retries.
I then set the ethernet speed to 100Mb/s on Vero B (using ethtool) and found iperf3 reported 98Mb/s with no retries.
Running ‘route -n’ and ‘cat /etc/resolv.conf’ gave identical results for both Veros.
A simple reading of the above would suggest Vero B may have a fault restricting it to 100Mb/s operation but I’d like to be sure I haven’t missed something.
Can anyone suggest further tests so I don’t waste anyone’s time with an erroneous warranty claim?
BTW I’m not a networking expert but can follow instructions! 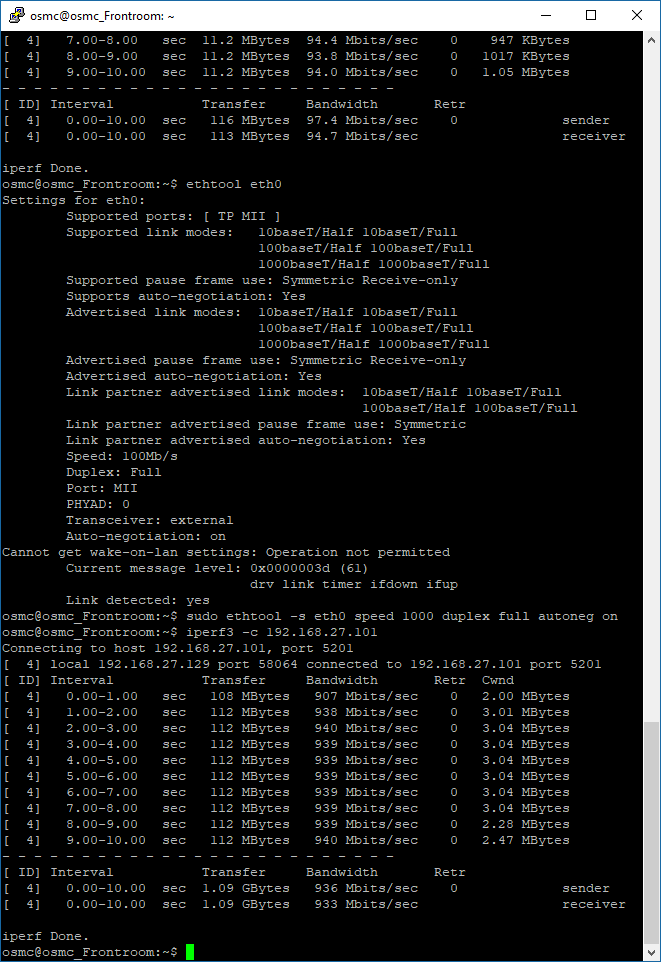 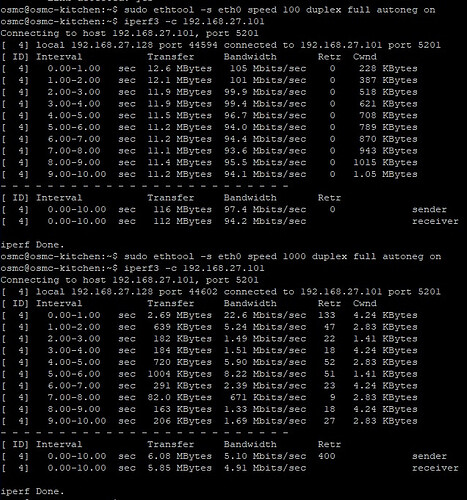 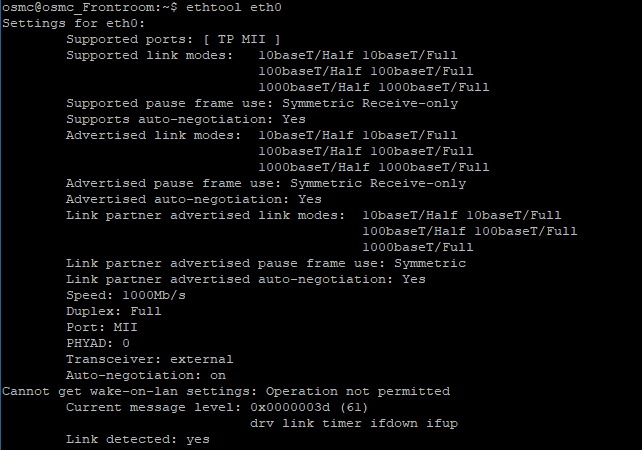 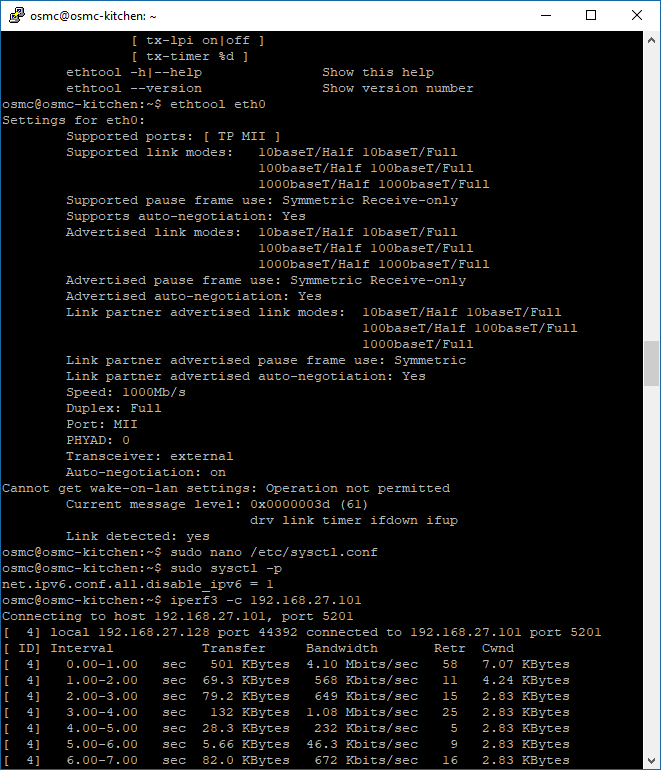