I’ve read that Nvidia Sheild owners can use Hue Stream to sync the movie colours with their Hue bulbs successfully, has anyone tried this Hue add-on for Kodi yet? 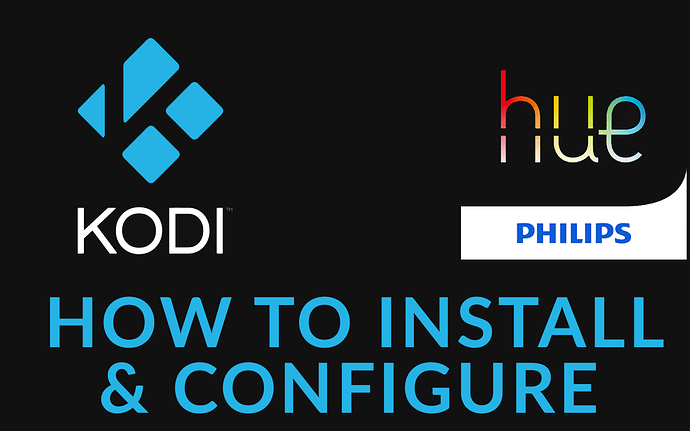 The past few months I've become heavily invested in learning about home automation and with it I've been trying to find ways where I can implement it into my Kodi setup. Along the way I got introduced to the cool Philips Hue smart lights and...

Thanks @grahamh, I know how to use search but that does not answer my question.

I will give the add-on a try this weekend and report back.

Yeah, don’t mind me. Let us know how you get on as most of those posts are a bit old.

I tried this quite a while ago and I seem to remember the ambilight addons would only work if you disabled hardware acceleration. The ambilight would work but the video was unwatchable.

Well it all seems to work, Ambilight that is, maybe there’s been some Kodi improvements since you tried it @CaptainMoody. The colour changes seem quite subtle, might need to play with the settings

I think it’s still the same @CaptainMoody, the subtleness I descibed above was it not working

**First at all thanks @mpolednik for the awesome work!** I'm using the script… kodi.hue.ambilight on the raspberry pi and the fire tv stick 4k (both fresh install). The addon doesn't work - it works only by deactivating hardware acceleration (surface) But by deactivating the videos begins to stutter! _Update_ This doesn't work for me: https://github.com/koying/SPMC/wiki/How-do-I-get-Hue,-boblight,-hyperion...-to-work-with-Mediacodec-Surface%3F **Is there a solution for this to fix?**

Ambilight does not change lights

Kodi 17 on NVIDIA Shield TV with PlexKodiConnect (PKC) I did the whole setup …and select my lights for the Ambilight setup. The moment I play any video file the selected lights change to a new brightness & color but then just get stuck there. There is no changes at all while the video plays. The moment I stop the video my light correctly reset to the previous state. Any suggestions on what might be going wrong? I tired various video files with different codecs and always got the same result. Lights change only once

I’ve just found another plugin though so will try that

No luck with the other plugin, it only works with hw acceleration off.

Just read about this though, new product from Hue

The pricey realization of the Hue system dream.

As you already have the hardware, have you considered Hyperion.ng to drive the lights? It was originally used to drive a border of LED tape behind the TV. Other lamp options have been added since.

We have had an installer over on the Hyperion/Vero4K thread for building Hyperion for a while.
There is an experimental version of Hyperion with support for the modern Hue lamps (that is on the cusp of becoming part of the official system). In the meantime the installer has the option to build the experimental Hue version.

When it is finished you can start the service by runnning:
sudo systemctl start hyperion

NOTE - in terms of setting it up it’s largely down to you and Google… But like I say, you’ve already bought the hardware. Maybe you’ll become the Hue guru and be able to advise others?