Washed-out colours with Plex and HDR

So, I’m having some questions I hope I can get some answers to from you guys here, that knows much more about this then I do.

First, I got a Vero 4K (not the plus version) plugged ethernet (1gbit) and I’m running the 4.9 kernel version of OSMC on it. My TV is a 4K LG LED, without HDR…

I do not like that the Plex Client on Kodi is kind of ugly and not how the newer look is on Android or the web player, but I keep using it anyhow.

My PlexKodiConnect is using “Try Direct Path” as Preferred playback method under Playback settings, and I’ve mounted my server paths /media/videos/movies to the Vero 4K replaced these in PKC settings.

Since I’m at home, and I got the Vero 4K, I don’t need any conversions but can play the files directly.

I use this version of OSMC since I have “problem” with my HDR movies, being washed out in colours on my TV. I guess HDR is the future, and that’s why I want to have my movies that way (even though I still don’t have a HDR TV).

How ever I did some tests:
When using the web player, I cant’ use Direct Play, and I see the colours as washed out.
When using the Plex Player on my Mac, and have the settings to Original Quality, the colors are nice (not HDR, but not washed out), but my CPU on my old Mac can’t handle the movie that great. Switching to convert to 1080p or something, the movie runs better, but the color is washed out.

Then I do the same on the Vero 4K and OSMC, and when I start the movie in the Plex Client, the screen goes pretty dark and the colors are washed out. It’s direct play and all that (see screenshots).
But when I exit the Plex Client addon, and starts the movie from the Kodi interface PKC, I do get ok colors that’s not washed out.

How is that? What do I need to understand? =) 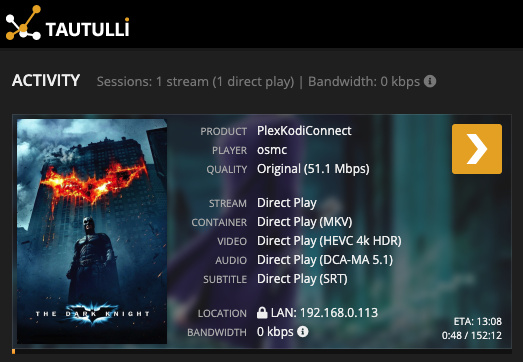 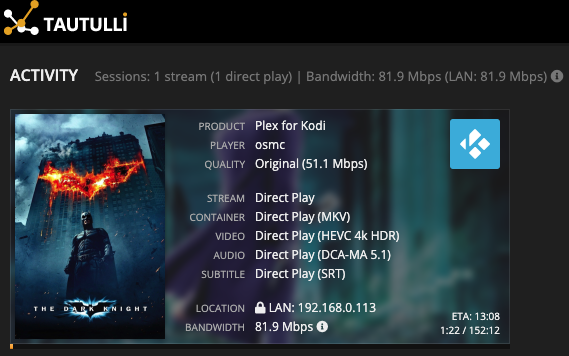 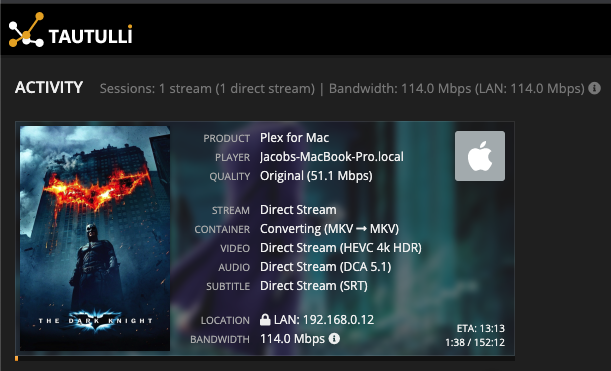 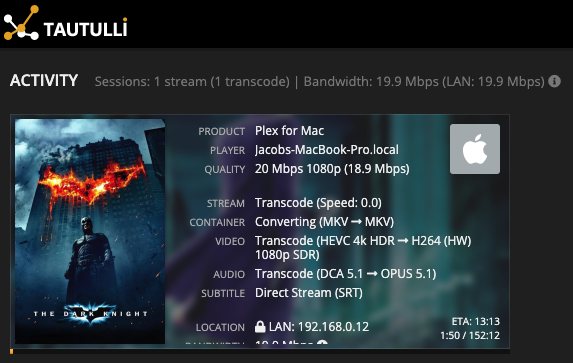 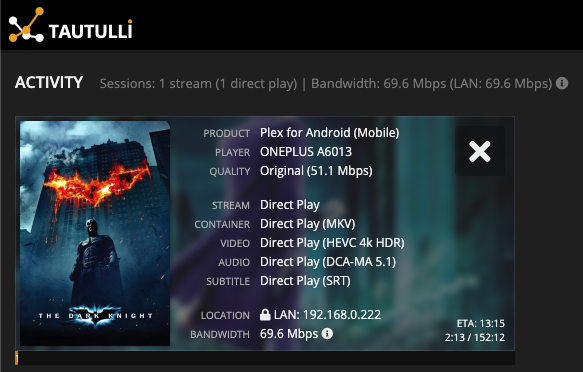 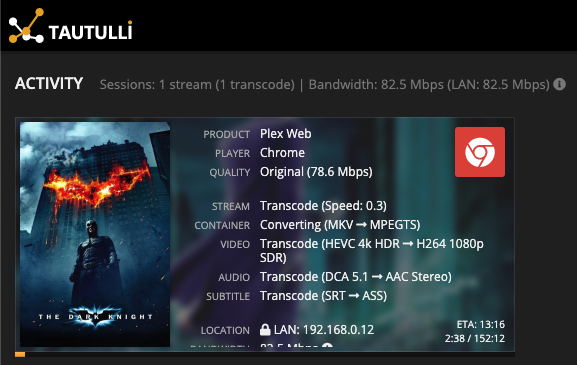 Are you saying the behaviour is different under 4.9 from what it was under 3.14? If not, this post doesn’t belong here. If there is a difference, please be precise about what it is.

No, I’m not saying that (or at least I don’t know, since I only got this version now). In that way this post doesn’t belong here.

But also, I came to this post because of the washed out color problem on my Plex/Kodi/Vero 4K setup, and since I still got it, I kind of wonder how it should be, and what I suppose to get when watching the way way I described in the previous post.

Well we can’t help you with Plex+Mac but if you can post debug logs for playing HDR with the two different Plex connections we might be able to advise.

I don’t use Plex but it seems to me the difference is only in the way the two handle the database and not how video is actually played, but logs might shed some light on that.

Strange thing happened for now. I had problem starting the Plex addon. Think it had to do with me enabled the Plex addon repository earlier today, and that it maybe updated or did something with the addon. I couldn’t fix it, so I removed the addon from my Kodi, both the addon and the userdata, and downloaded the 0.2.1 version again.

Now when I started the movie again in Plex, it was with “full colour”.

Are the some work done with the addon, that I might have missed? The addon was 0.2.1 when I checked when I wrote the post, but now I think that I may have been using some kind of combo.

Now when I started the movie again in Plex, it was with “full colour”.

Are you saying the problem is gone? If not, please get full debug logs, not just Kodi logs. How to submit a useful support request