Who Here is Excited for Disney Plus?

Who here is excited for Disney Plus? Looks like a 3 in 1 package.

Will it be enough to switch from Netflix? Or will you keep both?

Not really excited for the “house of mouse” to start ruining marvel and other shows… but im gonna give em a chance.

It’s going to depend on the picture and sound quality for me.
No 4k & Atmos, no subscription.

Who here is excited for Disney Plus ? Looks like a 3 in 1 package.

Will it be enough to switch from Netflix? Or will you keep both?

If it can be played back on the Vero device, I may give it a try. If it requires an own device again, I’ll skip it.

If they adopt the widevine drm that Netflix/Prime has, 4k on osmc isn’t gonna happen.

@CaptainMoody It will support 4K HDR & Atmos but I think it won’t be TrueHD Atmos but EAC-3 Atmos.

The service was revealed to offer 4K resolution with HDR support upon its initial unveiling, but news from Disney’s D23 Expo gave cinephiles and A/V fans even more to be excited about. As confirmed by Dolby directly, Disney+ will offer content in both Dolby Vision, Dolby’s dynamic version of HDR that offers evolving content to supported TVs squeeze the best contrast out of each scene, as well as Dolby Atmos support, which provides an immersive, hemispheric soundstage for those with supported hardware.

While Dolby Vision is becoming more common, both Vision and Atmos are still rarities in streaming land, supported by only a few services like Netflix and Amazon Prime Video, and only with select content. We don’t yet know what content will boast either of Dolby’s A/V enhancements on Disney+, but if its streaming rivals are any indication, Dolby Vision and Dolby Atmos will likely only be offered for newer original series like The Mandalorian , and possibly newer Disney film releases.

In addition, Disney+ will offer four simultaneous streams at once on its service for its basic $7-per-month fee.

@Smurphy The Fire TV Stick 4K or Chromecast Ultra are pretty low priced so you will probably get a good experience with these devices. And you can use them for Prime Video or Netflix as well. 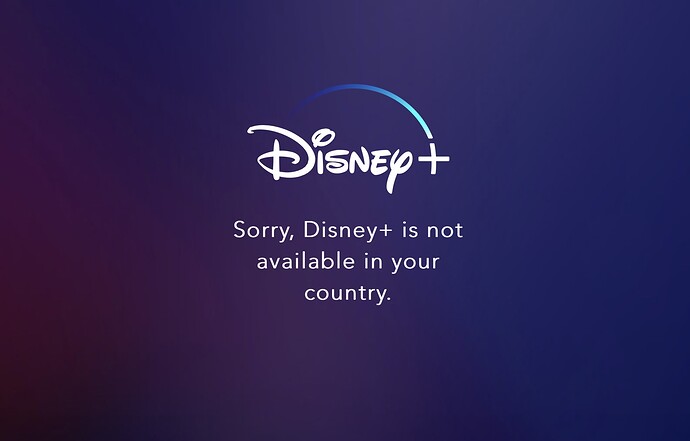 @CaptainMoody I believe Atmos & 4k is included in the package

I had been looking out for articles on what audio & sound formats they were going to use but must have missed that.
Already have a Roku Plus for Netflix & Prime so I’m good to go. All they need to do is release the damn thing now

They will use the same DRM as Hulu does… i hope they will put up better 4K quality because Hulu is a joke in terms of 4K quality.

Are there working Kodi addons for Hulu?

Good question maybe they will update it a little bit because at the moment everything can be ripped from Hulu (even 4K). Iam quiet interested in it because i can’t access Disney+ from my country (geo restrictions what a godamn joke) so i need to watch it in other ways…

is there a plan for making a Disney Plus app for OSMC?

No – from what I’ve read they will require Widevine L1

Are you sure? From what I read all content will demand L1

Yes iam sure because for 720p you can use the old widevine google chrome exploit, thats not working for 1080p/4K and 1080p/4K the L1 get banned directly. They are ways to rip the 1080p version (e.g. decode the RAM etc) but it look quiet a lot of time. Ofcourse they are 4K versions which are all captures per hdmi exept the first episode.

The problem is the episodes has watermarks… so hdmi captures are dangerous as hell.

720p you can decrypt easy so maybe somebody can make an addon for 720p only?

Okay. I read L3 is not supported.See (Update: Will work on Chromebooks) Disney+ will only work on devices that support the strictest Widevine L1 DRM

Iam not talking about Android/Linux i was talking about Browser like Firefox/Chrome its working with L3 there. So maybe somebody must build a plugin which uses the browser version to stream.

If Widevine L3 does not work, then I don’t think it can be made to work under Kodi. Note that the article mentions Chromebooks. Kodi sources the ARM Chromebook libraries for Netflix and Amazon Prime on ARM platforms. If those libraries cannot be used (i.e. L3 isn’t sufficient), then it won’t work.