Would You Allow OSMC to Gather Your Usage Statistics?

Stop me if I’m wrong. I think OSMC doesn’t collect usage statistics so far.
But, wouldn’t it be nice if they can know what we use Vero for? What type of files we play most? What type of add ons we use? Etc? To help them develop the software in that direction?
What do you think? Would you allow OSMC to have that kind of data?

Coming from security and privacy site, this would be a NoGo for me.
I’d setup a firewall to stop all data-collectors to send data out.
Check out Stargate - Joerg Mertin's private server - which is my SOA DNS Hijacking list (I actually tell my DNS Server he is Authoritative for these sites). I have other databases I use to block data-crawlers access, but these 73883 currently in use in my DNS SOA Hijacking list show how many already exist, and this only a part of those known to us (Security and privacy addicts).

If anyone would want to implement that, we will need to have the possibility to opt out, and especially have the possibility to look into what is being sent out.
Also - don’t forget, if that data is collected, any state institution can request this data to be handed out, and also don’t forget that depending on the country, the laws are different in how this data has to be handled.

No plans to collect personally identifiable data or involving user statistics – it’d be a nightmare.

This guy submitted a GDPR request to Spotify; and received 250MB of subject data:

@steipete
Tried the GDPR data export from Spotify. By default, you get like 6 JSON files with almost nothing. After many emails and complaining and a month of waiting, I got a 250MB archive with basically EVERY INTERACTION I ever did with any Spotify client, all my searches. Everything. https://t.co/ALVw6Auief 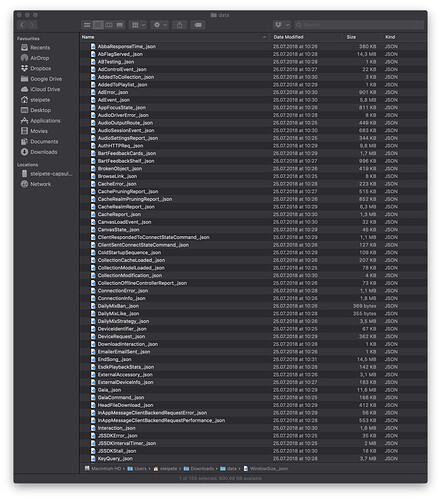 We collect some very basic data currently: device type; version of OSMC; country the device is being used in. That lets us see what platforms are worth maintaining (there will be a point where Pi0/Pi1 numbers don’t make sense, for example).

Anything like this would need to be opt-in; rather than opt-out.

There may later be some nice applications of non-personally identifiable data. For example, it would be good to suggest some (legitimate) add-ons to users on the first-run of OSMC based on their location.

For example, if Capital FM is a popular add-on in the UK; then it could make a good suggestion. This would give people some starter content and reduce churn. Kodi is quite difficult to navigate for beginners and we’d like to reduce the number of people who are frustrated with the out of box experience.

A definite NO from me , I have nothing to hide but I think there is enough data collection going on without adding more.

Good joke but no thank you

Its a no from me, although Sam’s idea of suggesting popular addons sounds quite a nice idea.
As an aside this is another reason people should avoid those dodgy 3rd party addons I’m sure we all know about, all sorts of information can be sent “home” via these.

The Vero is exactly the device for people who don’t want stuff like that to happen.

And it is exactly the right thing to do right now. It’s a trend if you will. See the big Apple CES banner they put up: 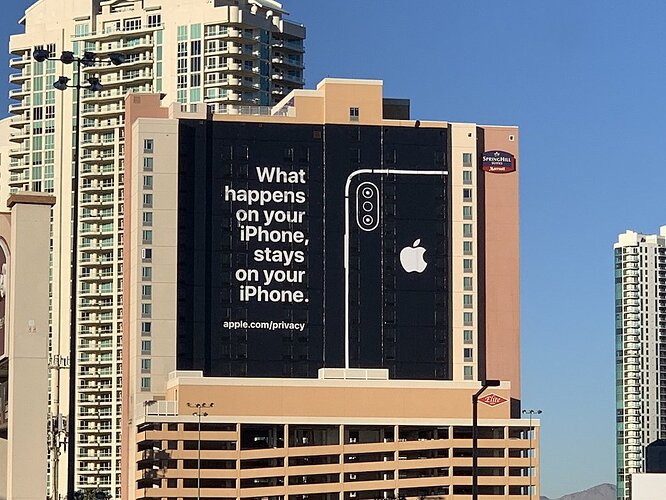 Maybe the slogan “We don’t want your data we just want your money” would be appropriate for the vero ? Just kidding but yes in this times marketing the vero as a device that does not collect user data would be a smart move

I’m not for data gathering, but i’m not against it either. Knowing what the data is used for sums up if i’m agree with it or not. I mean i use google services in my phone and facebook to keep in contact with my US based friends, so I know my info is already circulating.

But if Sam decides to do it i’d probably opt in, as I think Sam would be very open and upfront about his usage of that kind of data. Just my 0,02$

Without personally identifiable data (which would include filenames that get played), I don’t have a problem with collecting data.

Some of the things that could be collected that could help OSMC be better:

I’m sure other people will think of more examples that can’t affect privacy, but could greatly improve the decisions made about development resources.

There are a lot of companies that only make money on data. That’s why Facebook is having such a difficult time reforming. It is their core business model.

Apple make their money on hardware. They’re one of the very few companies I’d trust with data. Not entirely – but more so than others.

Laptops were coming pre-loaded with a lot of data harvesting bloatware. It was said that hardware was being subsidised by this. This may now be the case with Smart TVs:

@DJSnM
CTO Of Vizio confirms that Data collection in Smart TV's is now offsetting the cost of the hardware to the point that a non-Smart TV would have a higher price tag. Just like android phones, user data is used to reduce costs and stay competitive. theverge.com/2019/1/7/18172…

I have no intention of harvesting and selling people’s data. It’s quite obvious now that we’re developing voice recognition infrastructure. We’re hosting and processing everything on our servers, even though we know that there are good off the shelf solutions (i.e. Google). For those that try the demo: the voice is not recorded or archived in any way. Hopping in to bed with a big company would reduce time to market, but it’s not worth it. I hope that gives an idea of my approach to privacy.

I think we get enough data whenever a user experiences a problem. We can always request media info and logs – and a user can choose whether or not to provide that data.

I’m sure other people will think of more examples that can’t affect privacy, but could greatly improve the decisions made about development resources.

I do agree here – and we would be very transparent about any changes in data we collected.
For now – we get enough reports on forums and logs to have everything we need

There are a lot of companies that only make money on data. That’s why Facebook is having such a difficult time reforming. It is their core business model.

I know collecting data is huge business rite now that’s why I suggested that you maybe advertise the fact that Vero (osmc) isn’t following the current trend.

voice recognition Is something I have never used before but I’m definitely interested to see what you will do for it. I guess a bit more than just Vero play and vero stop movie? I was always interested to know how you can teach the voice recognition system to recognize different accents since not everybody speaks perfect British English.

I think most of the regular people here know by now that you have good intentions and take a lot of pride in your work so I’m definitely looking forward to what’s ahead.

I suppose it’s a point to make, although I’d be disappointed if people thought we processed their data to begin with. We can’t always emphasise everything we do, or rather don’t do, so we usually pick what we think are the biggest unique selling points over the competition.

There’s not really British English. There are four countries and many regional accents. So the UK alone is difficult.

Play and Pause are too easy

It’ll take a couple of years…

Apple make their money on hardware. They’re one of the very few companies I’d trust with data. Not entirely – but more so than others.

That is not the case anymore (source is someone who worked for apple until november last year / Management).
Apple does more money on the app-store now than on hardware. The only exception apple had until last year was the iPhone - but people are getting tired of the constant updates and no real new feature or innovation etc.
And - many start to realize apple forces you into a golden cage of limitations …

But - it is specific to our software, and it is used for troubleshooting purposes only - we call it “health-check”, and the hardware details to feed the compatibility database.
Note that with these 2 - I can also predict if our software and some addons of the customer that hardware will run fine or not.

The thing is - when I collect the data, it is text-files and csv file for the performance/compatiblity data import into a sql db (as the getlogs script for osmc). When the script collects the data, the customer is asked to check through the data to see if there is anything he wants to remove. That also gives an idea on what is collected and they can then decide if they want to upload it or not.

I know - it is a manual process. But at least I am sure the customer wants to upload it when he does.

So if something is added, that’s how it should be done IMHO.

Would you allow OSMC to have that kind of data?

But I’d have no objection to adding an option to collect it, so long as it’s opt-in rather than opt-out.

But I’d have no objection to adding an option to collect it, so long as it’s opt-in rather than opt-out.

I think this is really the only important thing…if it’s opt-in, it really doesn’t matter at all what data might be collected, as long as what is collected is listed. I can’t imagine anybody having a problem with data collection that didn’t affect them until they ask it to.

Privacy is key to freedom and security. NO company should be collecting data and it is deeply immoral that many do without consent or using ‘pretend’ consent complicated policies they can manipulate to their heart’s content.